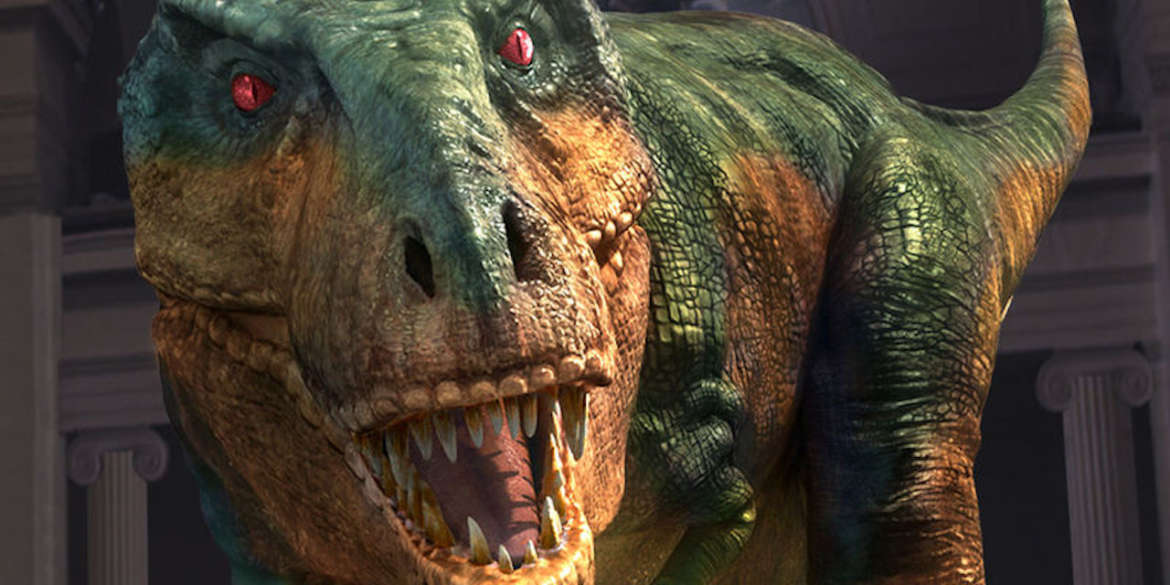 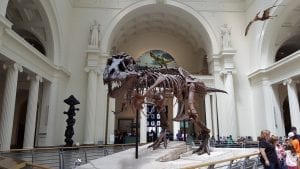 Jurassic Park will turn 24 next month. 27 if you’re talking about the original novel. If it were a person, that means the beloved franchise would be old enough to legally rent a car and would be on track to finishing its doctorate. It would be looking for condos and taking Tinder a little more seriously.

However, if the new Jurassic World exhibit at the Field Museum is any indication of its success, then Jurassic Park isn’t worried about its quarter-life crisis. 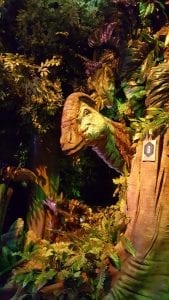 Created in collaboration with Jack Horner, the famed paleontologist and technical advisor for the Jurassic Park series, Jurassic World: The Exhibit is an impressive, fully immersive experience. Beginning on a simulated journey to Isla Nublar via ferry, guests wander the park getting an inside experience of what it might be like to walk with dinosaurs. It’s a foray into a quarter-century of a shared obsession with raptors and big words like “Sauropods.” From the second you hear John Williams’s score and step through the gates, you’re sucked in.

It’s more than just nostalgia, though. Nowadays, a lot of millennial childhood memorabilia is repackaged for consumption with a fresh-slap of paint and a retro-looking label, but Jurassic World lives up to doing something refreshing. The environment feels genuine, the stages of the tour flow nicely and the animatronics are far and way better than anything you’ve seen in a Chuck E. Cheese. The level of detail is something you’d expect at a theme park rather than a museum where there’s usually limited engagement, which may have been the point entirely.

While the exhibit is family-friendly (the dinosaurs stay penned in this time, which may or may not disappoint you depending on the excitement level you’re looking for), it’s more than just an educational display for youngsters. Couples on dates and families three-generations deep into their love of thunder lizards all wander the halls. In one room, kids are excitedly chattering about whether it’s a brachiosaurus or a brontosaurus they’re seeing. In the next, adults are just as excited to be pushing buttons in the InGen lab, and of course, everyone gawks in awe at the life-sized T. rex. 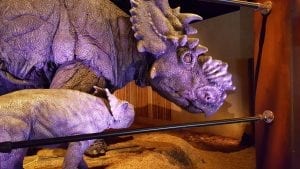 As one moves from station to station, you start to realize that the exhibit is like a minor cultural phenomenon. Sure, we’ve all seen dinosaurs in movies and on rides, but we’ve always been locked into our seats, staring in one direction. It’s remarkable being able to move about freely in a room full of strangers that are all thinking the same thing: “Gee, isn’t this neat?”

Jurassic World: The Exhibition runs at the Chicago Field Museum until January 7, 2018.