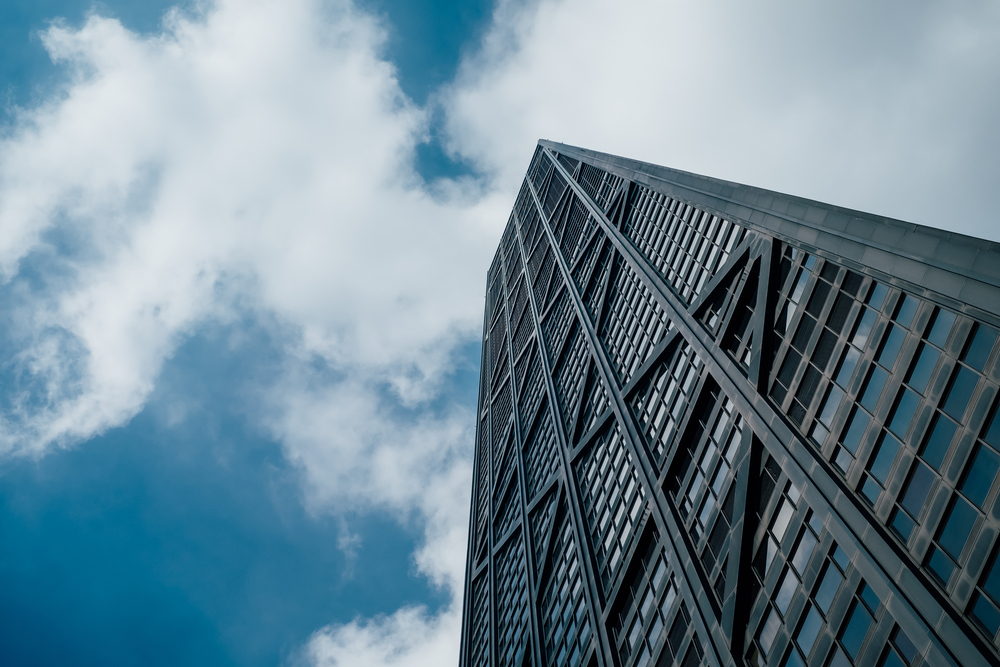 The John Hancock Center Might Be Getting a New Name

The John Hancock Center, one of the most iconic landmarks in the country, may soon enter a new phase. The iconic North Michigan Avenue tower is home to 897,000 square feet of office space and a 730-space parking garage. A multi-use residential, commercial, and retail space, it’s the city’s fourth tallest building and attracts tourists year after year. It’s possible that we soon won’t be calling it the John Hancock anymore because according to the Chicago Tribune, there are plans to put the space up for sale, subjecting it to new ownership and a possible name change. The building’s name, as well as some of the parking space, is currently owned by CEO Stephen Hearn and investment partners Mount Kellett Capital Management.

The building was originally developed by John Hancock Mutual Life Insurance and has been a focal point in the city of Chicago since 1969. While there are no firm numbers for naming rights costs, numbers floating around are believed to be in the range of $1 million to $2 million a year. Hearn believes that the real estate itself, however, could be worth an estimated $330 million or more. In recent years, ownership has invested heavily on upgrades, including new fitness and conference centers, a remodeled lobby, programming for its 360° Observatory, and has filled much of its previously vacant space.

Hearn has been in talks with various companies interested in putting a bid out for the naming rights, and while interest is definitely there, no deals have been struck as of yet. Safe to say though, this iconic asset will get serious looks.

Chicagoans are infamously resistant to name changes to our beloved landmarks. (We know, it’s Sears, not Willis…). If the great John Hancock gets a shiny new name, people are more than likely to still call it “John Hancock” for the foreseeable future.