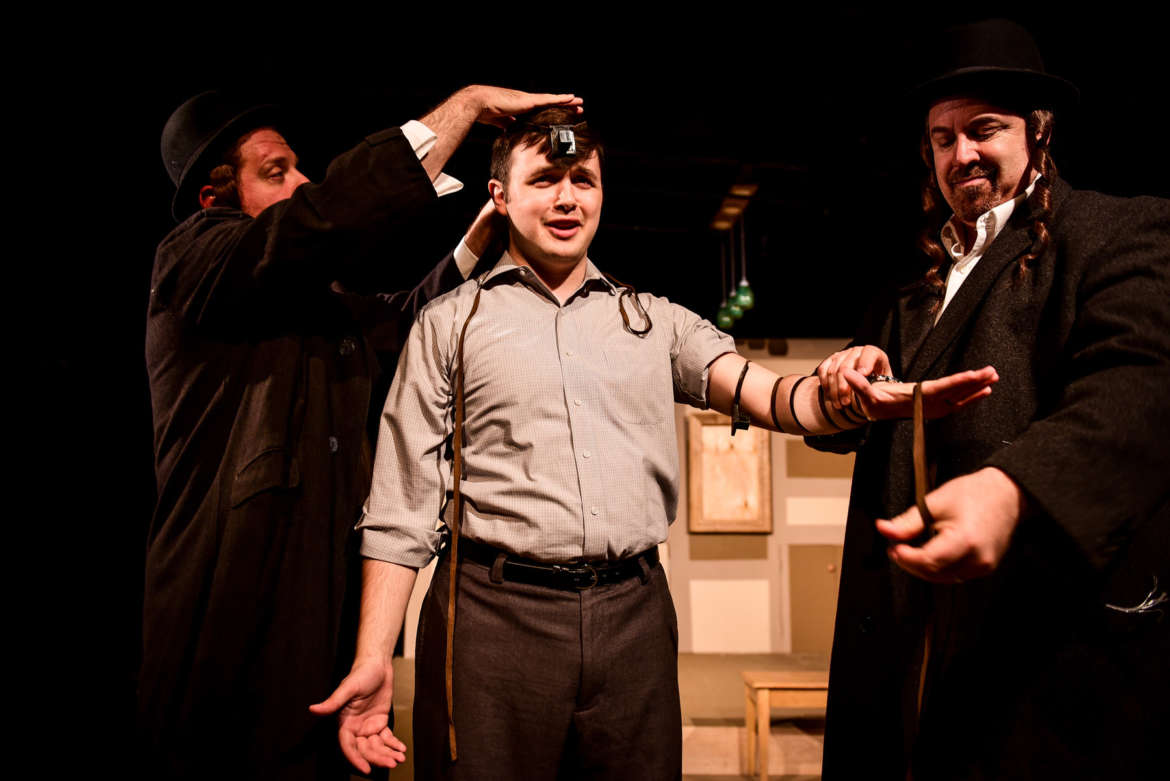 ‘God of Isaac’ Continues to Question the Idea of Faith 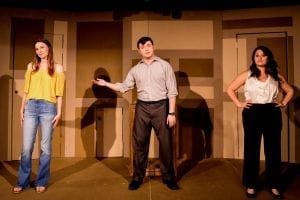 The year was 1977 and Neo-Nazi’s were planning to march in the predominantly-Jewish suburb of Skokie. Home to more Holocaust survivors than anywhere in the world outside of Israel, the citizens of Skokie were determined that this would not happen again and they would not stand idly by. For playwright James Sherman, this was a time to question his Judaism and his reaction to the march. Determined to find the truth, Isaac ultimately comes to terms with his heritage, his mother and himself. Since its world premiere, The God of Isaac has enjoyed productions worldwide. The play is expertly directed by Dennis Zacek, who also directed the play in the 80s. He has a rich understanding of the material, now enhanced over time.

Unfortunately, there are many similarities to 30 years ago and now. Playwright James Sherman commented, “I never imagined that 30 years later the questions raised in the play would suddenly feel so resonant and topical, with white supremacist and neo-Nazi groups once again making news headlines nationwide.” For those who don’t remember, the Supreme Court gave them the right to march under the First Amendment, but the Neo Nazi’s elected to march elsewhere. Much to the relief of the Jewish citizens, they did not have to relive the horror.

As Adam, T. Isaac Sherman comes across as sincere in his search for meaning and frustration as he tries to get his non-Jewish wife to come along with him on his journey. Anita Silvert, who performs from the audience, is his traditional Jewish mother who doesn’t understand what all the fuss is about. She is perfect for the part. The other actors play multiple roles throughout the play, taking on a variety of characters who attempt to show Adam different tenets of faith. Jolie Lepselter is particularly good as old girlfriend “Chaya” was is traveling on her own personal journey. Mention should be made of the cleverly-designed set by Nels Anderson and Abigail Reed that works to convey the many different scenes in the play.

The God of Isaac is playing now through August 27 at Piven Theatre at Noyes Cultural Arts Center, 927 Noyes Street in Evanston. Tickets are currently available at grippostagecompany.com or by calling (800) 838-3006. Whether you see it for the first time or you saw the original, you’re bound to come away with a much better understanding of the meaning of faith.