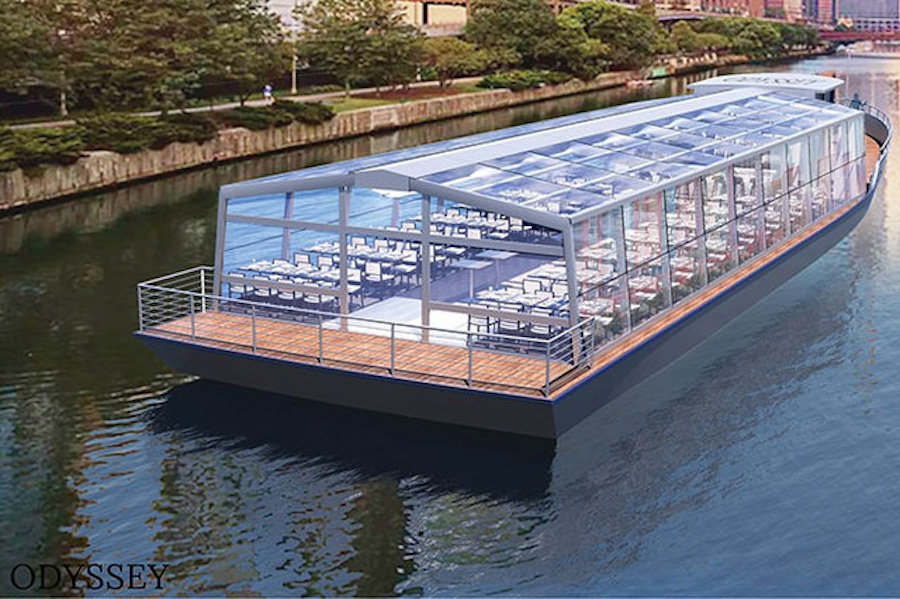 A Glass-Domed Dinner Cruise is Coming to Chicago

Get ready to up your dinner cruise game, a swanky new riverboat restaurant is set to open for business on the Chicago River as early as next year.

Although the Windy City has no shortage of upscale cruising options, the newest venture proposed by Odyssey Cruises would certainly be a first. With a cabin entirely made from glass, this riverboat will offer stunning, 360 degree city views in addition to a meal comprised of delicious seasonal fare.

The ship, which is already under construction, will seat approximately 200 diners in total and feature specialized climate-control technology to combat Chicago’s tell-tale finicky weather. To top it all off, a spokesperson from Odyssey has confirmed that the cruise will also feature an in house – or, in boat – DJ. Sign us up now, please.

Though it’s not clear yet weather the riverboat will operate as an independent restaurant or an offshoot of one of the city’s already popular locations, this unique establishment is sure to be a hit.

Unfortunately, those hoping to hop right on board are in for a bit of a wait: the newest addition to Chicago’s already bustling river is not set to leave docks until at least July 1st of next year.

Until then, we guess regular old, earth bound restaurants will just have to do.