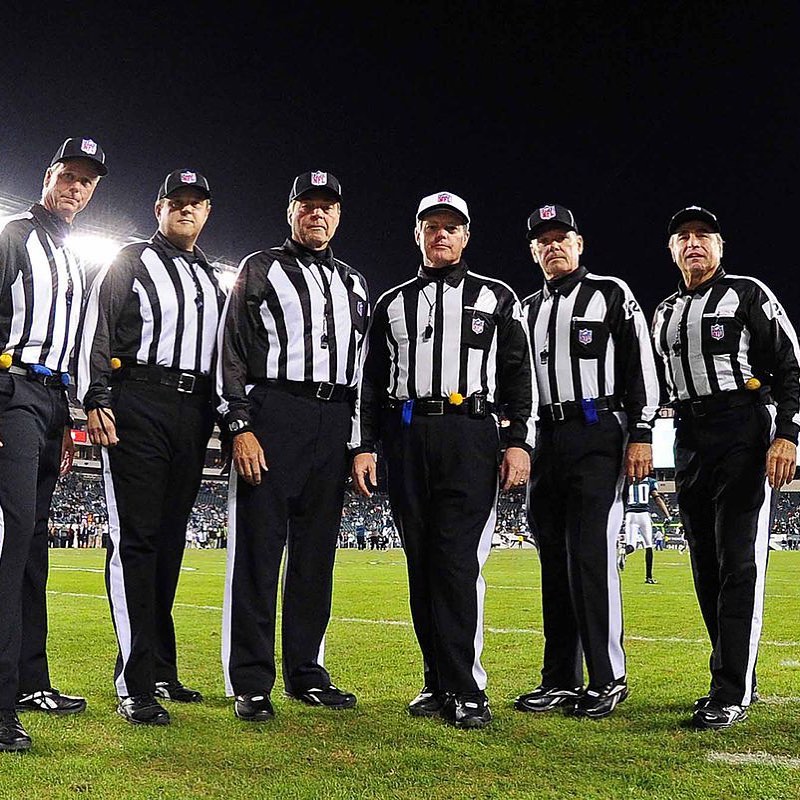 Exploring the Data Behind the Chicago Bears Penalties Since 2010

Picture this: it’s the fourth quarter of the Sunday Night Football game. Your team has been battling all night long in hopes of keeping their playoff dreams alive. They have the ball and it’s 4th down with a ways to go. All their dreams for the season rest on this final drive, otherwise, their opponent will run the clock out if they get the ball back. The ball is snapped, the receivers create some separation, the quarterback guns it down field into the open man’s hands. First down! But, wait… is that a penalty flag on the field?

The referee’s face fills your TV screen, “Holding. Offense number 73. Ten yard penalty. Replay fourth down.” And that’s it. All the momentum from the previous play is gone and your team fails to move the chains. The best part? All the slow-mo replays and camera angles show nothing to indicate a holding penalty was warranted. The game ends.

While it might not always play out exactly this way, NFL fans everywhere understand the pain that comes with a scenario like this. It’s far too easy to start feeling like nothing is going your team’s way when penalty after penalty is called against them. But who suffers from the most penalization in the NFL? Is it the Chicago Bears, the Cleveland Browns, or the New York Jets? Using a study conducted by Time2Play, data from NFL games from 2010 was gathered to find out who is the most penalized, least penalized, and where the biases lie. Let’s explore what they found!

How Bad Are The Chicago Bears Penalties?

When it comes to the Chicago Bears penalties, we were honestly a little surprised (and relieved) at what the data shows us.

Since 2010, the Chicago Bears have averaged just 6.27 penalties per game, which comes out to 22nd in the league. Our average penalty yardage is down there too at 52.8 yards per game. So, we’re not even in the top 50 percent of most penalized teams in the league. But why does it sometimes feel like we’re higher up there?

This feeling has to do with something Time2Play calls referee bias. Using a few math calculations, referee bias is determined when comparing the amount of penalties and yardage given to you and your opponent. Overall, when it comes to the Chicago Bears penalties and yardage, we rank 17th worst for bias, with a score of -.09. A negative score indicates a negative overall bias for the Bears in all their games since 2010. So that’s where the general feeling comes from, but at the end of the day, we’re still right in the middle.

For what it’s worth, the bias against us isn’t as bad as it is for the Detroit Lions who sit at -.92. But, for the other two teams in the NFC North, they have positive biases in their favor. The Minnesota Vikings rank 12th at a 0.53 referee bias, while the Green Bay Packers are 4th with a 1.57 referee bias. Typical cheese heads always have it easy.

So What Does This All Mean?

Well, when it comes to the Chicago Bears penalties, not much really. All the data points of average amount of penalties, average penalty yardage, and referee bias put us right in the middle of the league. Sure, the referee bias against us was negative, but it really wasn’t much to be concerned about. After firing head coach Matt Nagy in the Bears offseason, the next guy who comes in has a chance to right the ship and make our guys a bit more disciplined on the field. It shouldn’t be hard to cut down on penalties, which will decrease the yardage, and in-turn make the referee bias positive in our favor.

One thing to note, Time2Play also uncovered which referees are most biased for and most biased against each team. In the case of the Chicago Bears, you might want to turn off the TV when you see Tony Corrente refereeing our games as he has a -5.04 bias against us. You might remember him as the guy who hip checked Cassius Marsh a few months ago? But, if you see Carl Cheffers on the screen, it’s time to celebrate! Cheffers has a 1.47 bias in favor of our Bears and it just goes to show, not all referees are as bad as they seem.

While you’re watching Bears games in Chicago or Colorado, remember that you can be a part of the action with BetRivers Sportsbooks. BetRivers is popular for Illinois and Colorado sports betting, and in other states where BetRivers operates.