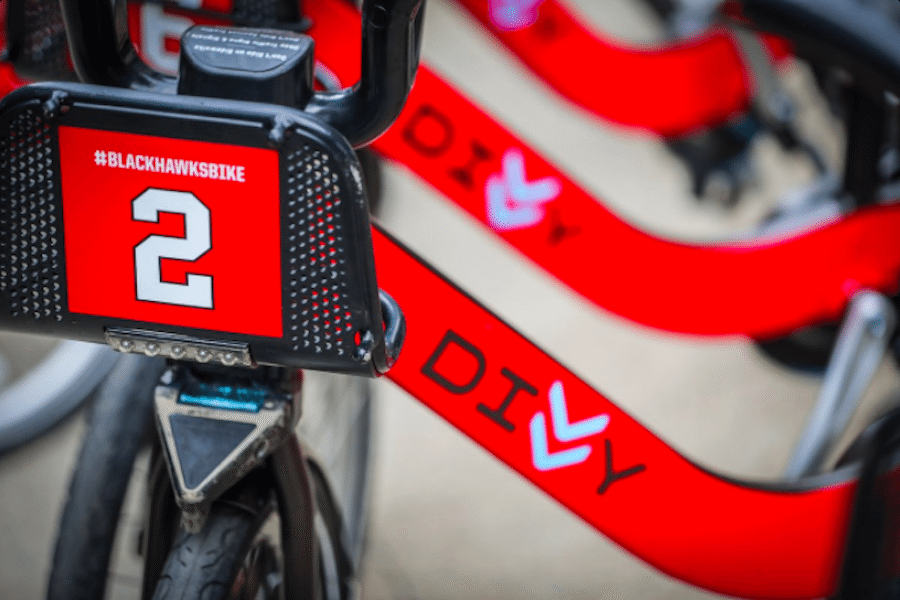 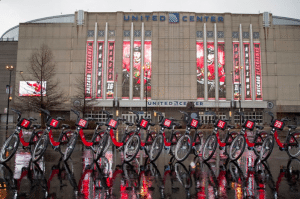 The Blackhawks have entered the Stanley Cup playoffs, and Divvy is celebrating with a game you might want to play. The Chicago bike sharing program has created 10 Blackhawks-themed Divvy bikes and placed them in secret locations throughout the city. It’s your job to find one if you want to cash in on cool Blackhawks prizes.

The bikes were placed around Chicago yesterday, and if you think you see one, they won’t be easy to miss. The normally blue bikes are now Blackhawks red, featuring a team player number on the front and the player’s picture on the back.

If you find one, make sure to post a picture of you with the bike to Facebook, Twitter, or Instagram and hashtag it #BlackhawksBike to let Divvy know that you’re a winner. Some of the prizes offered for finding a bike include Blackhawks store gift cards, memorabilia, Blackhawks tickets, convention passes, special fan events, and gifts from Divvy.

Sounds like the perfect deal for fans, right? Keep your eyes peeled for a Blackhawks bike while you’re out and about! If you’re one of the lucky ones who finds one, make sure to ride it around town to show your pride for the Hawks (and to make everyone else jealous).