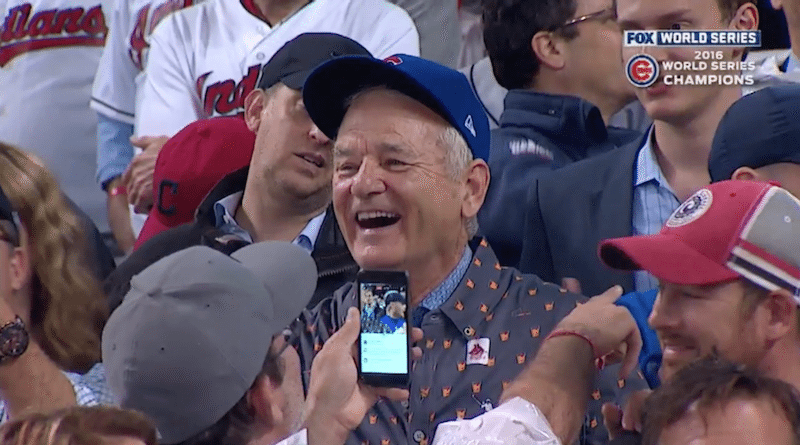 The Best Fan Reactions to the Cubs World Series Win

The Cubs won the World Series

After 108 long years, the Chicago Cubs won the World Series! Not only are the people of Chicago ecstatic, fans and supporters from around the nation are thrilled for our winning team.

To celebrate, we decided to compile some awesome fan reactions and they definitely speak for themselves. Enjoy!

That smile on Bill Murray’s face is enough to bring tears to our eyes.

We couldn’t leave out a video of the reactions from outside of Wrigley Field.

Even the Cleveland Indians congratulated the Chicago Cubs on their victory.

Congratulations to the @Cubs. Played us hard and earned it. But I couldn’t be more proud of my @Indians boys. Great run #WorldSeries

This kid goes nuts in the best way ever.

Hazel has literally waited 108 years for this moment

Okay, I had to absorb that. What a game! Congrats to the @cubs!! History! #WorldSeries #cubs #indians

So did Seth Rogen.

Congrats to all my comedy friends from Chicago. This joy will make you less funny for a few months.

No strangers to victory, the Chicago Blackhawks sent a heartfelt message.

They’ve done it! Congratulations to the @Cubs and their fans on this historic #WorldSeries win! #FlyTheW Chicago! pic.twitter.com/jCxxOmNIzr

Anthony Rizzo’s dad was so moved, he hugged the reporter.

What were your favorite reactions to the Cubs winning? Share them below!