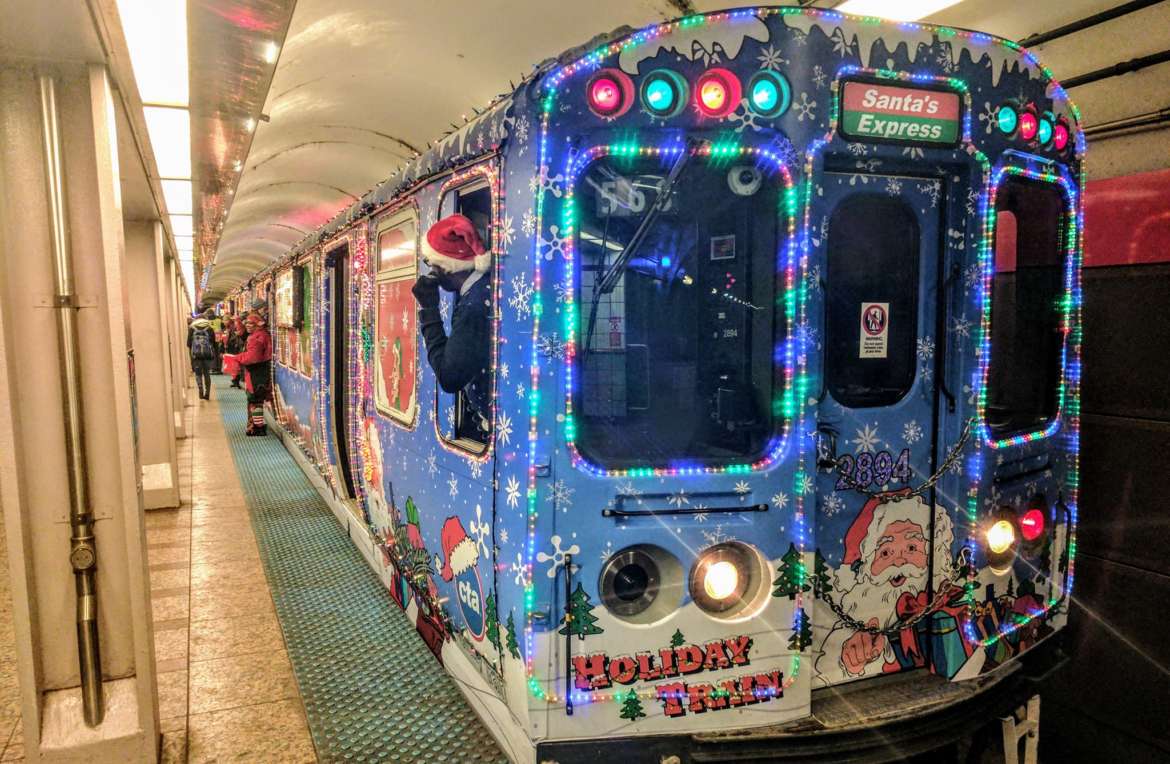 It’s Time to Ride the CTA Holiday Trains in Chicago

What began as a simple holiday sign on the Blue Line in 1992, the CTA Holiday Train is now celebrating its 28th anniversary this year. Starting on Thursday, December 5, one six-car train totally decked out for the season makes its way intermittently along the Brown and Orange lines of Chicago’s public transportation system. The CTA Holiday Train features thousands of Christmas lights, Santa paintings, snowflakes, ribbons, candy canes, and yes, even a few cheery Christmas elves. The CTA Holiday Train is loved fondly by Chicagoans from all over the city.

For those of you who prefer the road, there will also be a holiday-themed CTA bus picking up passengers throughout the city – a tradition that began three years ago. In addition to providing some much-needed holiday cheer, CTA holiday trains and buses will also be delivering boxes of food and donations across the city.

Don’t miss your chance to add a little holiday spirit to your Chicago commutes! The CTA holiday and Christmas trains generally operate from about 3:50 – 6:40 pm until the season’s end. Check out the complete schedule below.

Service on Brown & Orange lines from Midway to Kimball

Service on Brown & Orange lines from Kimball to Midway