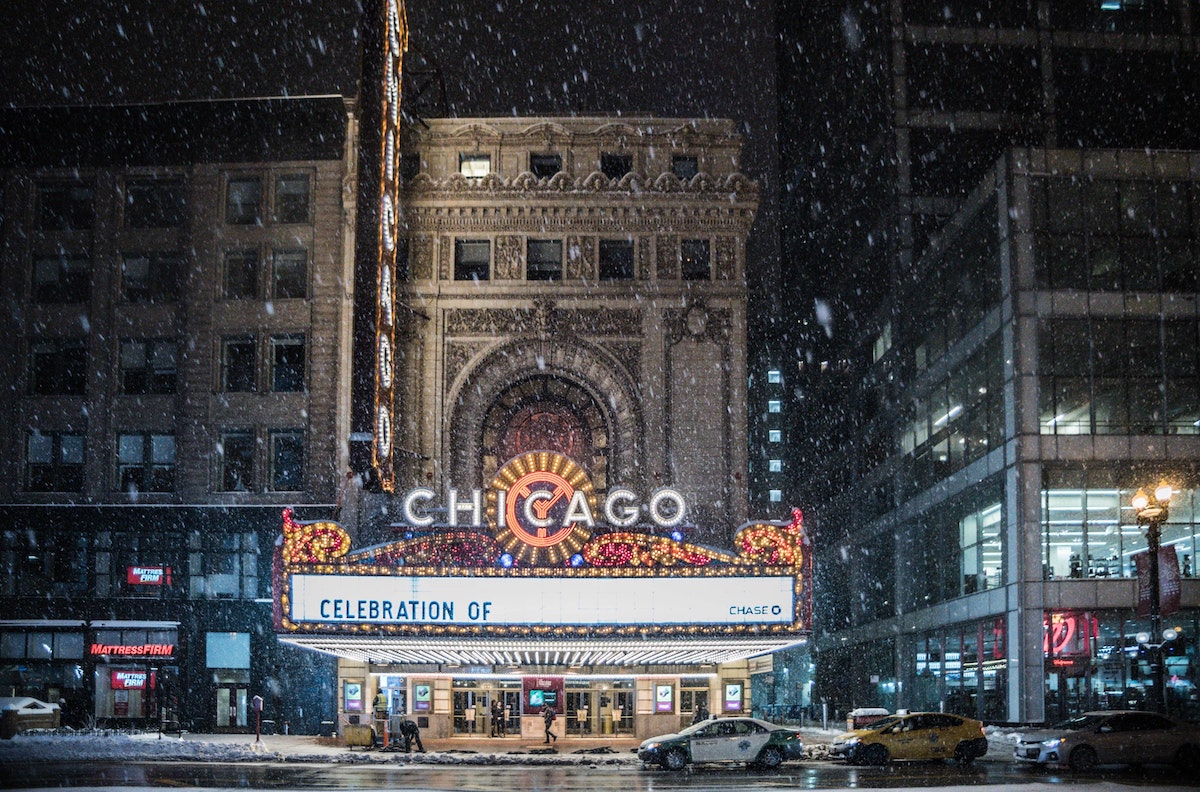 One of the most wonderful things about the Christmas and holiday season in Chicago is the abundance of shows and plays in production throughout the city. From the iconic venues such as The Chicago Theatre and Lyric Opera House to smaller neighborhood spots like Music Box or Victory Gardens, the holiday spirit is alive in all parts of the city. Whether it be annual family tradition or a memorable date idea, we have created a list of 12 Christmas and holiday shows or plays to see in Chicago this season.

The Marriott Theatre, 10 Marriott Dr. in Lincolnshire, brings the perfect mix of romance, comedy, sophistication, and behind-the-scenes-hijinks to the mainstage with KISS ME, KATE previewing Wednesday, November 17, opening Tuesday, November 23 at 7:30 p.m., and closing January 16, 2022.

The first-ever Tony Award winner for Best Musical, based on the book by Sam and Bella Spewack with music and lyrics by Cole Porter, is to be directed by Johanna McKenzie Miller. In a twist of fate, Miller will make her mainstage directorial debut at the Marriott Theatre roughly 20 years after making her acting debut under the very same spotlight. Musical direction for this production is led by Jeff Award winner Ryan T. Nelson with choreography by Jeff Award nominee Alex Sanchez.

A post shared by Lyric Opera of Chicago (@lyricopera)

The Joffrey Ballet’s magical production of The Nutcracker is not one to miss. This classic Christmas and holiday show follows the whimsical journey of Marie and the Nutcracker Prince on Christmas Eve as they explore the 1893 World’s Fair. Complete with beautiful costumes, breathtaking dancing, and a wondrous set design, the story unfolds between December 4 and December 26 at the Lyric Opera House.

The Chicago Theatre: ‘Twas the Night Before…

Cirque du Soleil puts a twist on a classic Christmas show during their first ever holiday production. Performing at the Chicago Theatre from November 6 to December 5, the world-renowned touring circus company is putting on a spectacular show called ‘Twas the Night Before… that captures the joy of the holiday season in incredible dance and acrobatic performances.

In 1983, an operator at Music Box Theatre invited spectators to a night of back-to-back Christmas movies and joyful carol singing. This year, the tradition is still going strong. On select days from December 10 to December 23, you can catch a double feature production of White Christmas and It’s a Wonderful Life at Music Box Theatre. Join Santa Claus and other movie-goers for a cheerful round of Christmas carols during intermission.

Will the mean ol’ Mr. Grinch succeed in ruining Christmas for the cheerful people of Whoville? Find out in this rendition of Dr. Seuss’s How the Grinch Stole Christmas that features beloved songs such as You’re A Mean One Mr. Grinch and Welcome Christmas. If you are looking for the best Christmas shows in Chicago, this event runs only from December 21 to January 2 at the James M. Nederlander Theatre. The show is hilariously narrated by the Grinch’s sidekick, Max the Dog.

In It’s a Wonderful Life, a small-town man named George Bailey experiences an extraordinary Christmas miracle that allows him to live his life in a new way. For many, watching this holiday classic on film is a Christmas tradition. If you are searching for entertaining Christmas shows and plays in Chicago, you can take in the live interactive production from November 26 to December 31 at Victory Gardens Theater.

Hershel and the Hanukkah Goblins, an adaptation of the award-winning book by Eric Kimmel, focuses on the story of a traveling troupe of actors that encounters a somber town devoid of Hanukkah cheer. Can their show bring the spirit of Hanukkah back to the town? This holiday show and play runs from November 20 to December 12 at Rivendell Theatre.

Based on composer John William’s cherished masterpiece, the Chicago Symphony Orchestra is performing the Academy Award-nominated score of Home Alone alongside a showing of the film during this unique holiday experience. For three days only from November 26 to November 28, don’t miss this special blend of film and live music that follows the hilarious twists and turns in Home Alone.

This year, Allstate Arena is featuring several events for the holiday season. On December 23, you can see the Trans-Siberian Orchestra take on classic Christmas tunes with a rock twist in their show Christmas Eve and Other Stories. Also making a stop in Chicago on December 7 is the iHeartRadio’s Jingle Ball tour with performers such as Ed Sheeran, Dua Lipa, and the Jonas Brothers.

Irving Berlin’s Holiday Inn follows the story of a man named Jim, a retired performer who longs to bring holiday entertainment to his small Connecticut town. With the help of a few friends, he transforms his farmhouse into an inn where he hosts extravagant shows complete with exciting dance numbers. Catch this hilarious musical from November 19 to January 9 at Drury Lane Theatre in Oakbrook Terrace.

Rosemont Theatre: The Elf on the Shelf: A Christmas Musical

With two showings on December 19 at Rosemont Theatre, The Elf on the Shelf: A Christmas Musical transports audiences to the North Pole, where we follow the magical activities and tasks of Santa’s Scout elves as they prepare for Christmas. This dazzling Christmas musical near Chicago features an original story and score for the whole family to enjoy.

The Art Deco Nutcracker is an extravagant take on the traditional ballet performance that many love. The show captures the luxury and pomp of the 1920s American Art Deco movement and translates it into beautiful costume and set design. Featuring Tchaikovsky’s original score, the Art Deco Nutcracker plays for one day only on December 4 at The Athenaeum Theatre.

Photo by Rezal Scharfe on Unsplash