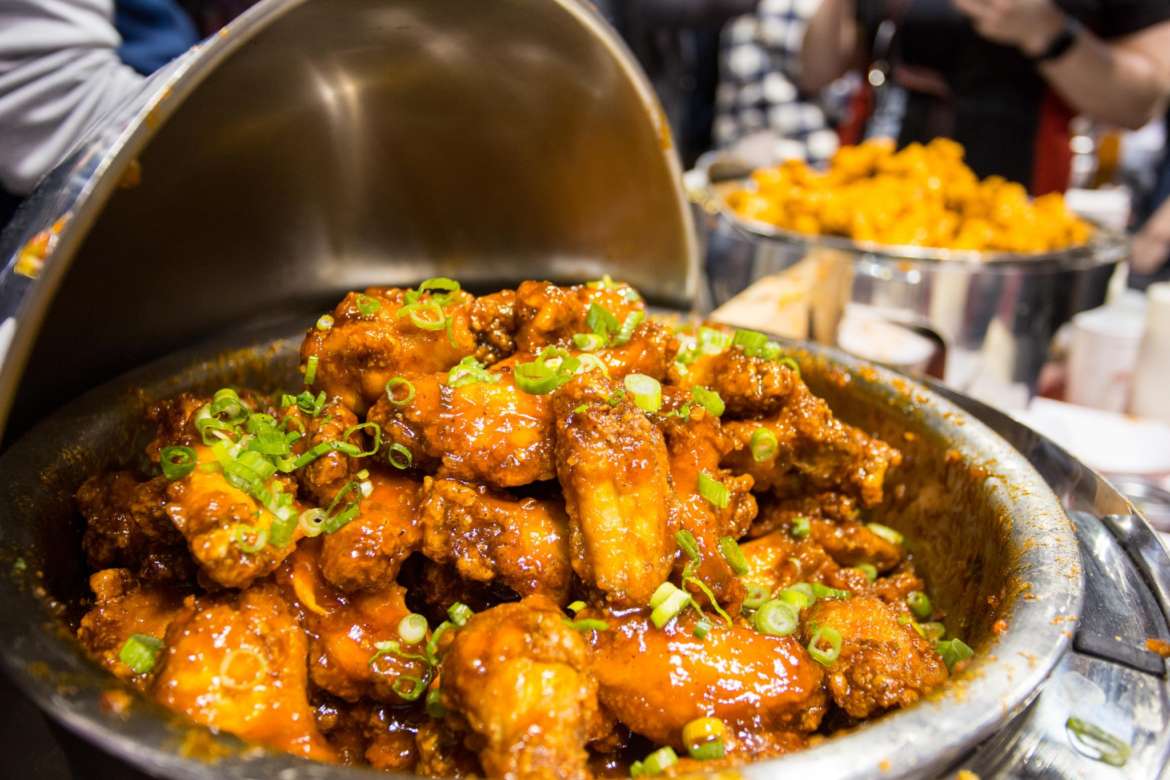 The wing-slingin’ fest returns with food, drinks, music, and more

On Saturday, April 13 from 12pm – 4pm, head to the UIC Pavilion at 525 South Racine for Chicago’s Best Wingfest, where nearly 2,500 people attend each year to chow down on as many wings as they can stomach. Chicken wings of all varieties will be served up by some of the best restaurants around, competing for the ultimate title, “Best of Fest.”

Chicago WingFest – Sunday, March 5th at UIC Pavilion. A gathering of some of the best wing-slingin' restaurants in Chicago! 🍗🍗 Tickets on sale now: www.wingfest.net

Aside from all the wings you can eat, there’ll be beer, cocktails, prizes, raffles, and live music. You’ll probably catch sight of Chicago celebrities on-site too, so keep your eyes peeled. There’s a strict no-taking-food-to-go policy, so you better sample everything you can while you’re there!

It’s unlikely that tickets will be sold at the door because the event sells out quickly. General admission tickets include 12 pm entry, cost $50, and allows access to unlimited wings. VIP tickets are $110 and include unlimited wings, seven drink tickets, a goodie bag, and access to a VIP seating area located in the balconies. Children under 10 are not allowed. If you’re looking for parking, you can find a nearby spot at Chicago Parking Map.

Each year, Chicago’s Best Wingfest raises money for local charities like Chicago Neighbors United. If you’re ready to sling some wings, get tickets here and check out their apparel store.

Competing wing dishes will be judged in four categories: “Mild,” “Hot,” “BBQ,” and “Exotic.” The festival uses a double-blind judging process that makes for a truly fair competition. Judges are chosen randomly from the crowd, no garnishes or dipping sauces are used to enhance the wings, and competing restaurant names are never spoken during the taste test. Wings are then scored on a 1 – 10 scale based on Appearance, Aroma, and Taste. A first place winner is chosen for each category, then the dish with the highest points wins the overall “Best of Fest.”

Check out what all to expect below, and hope to see you there!