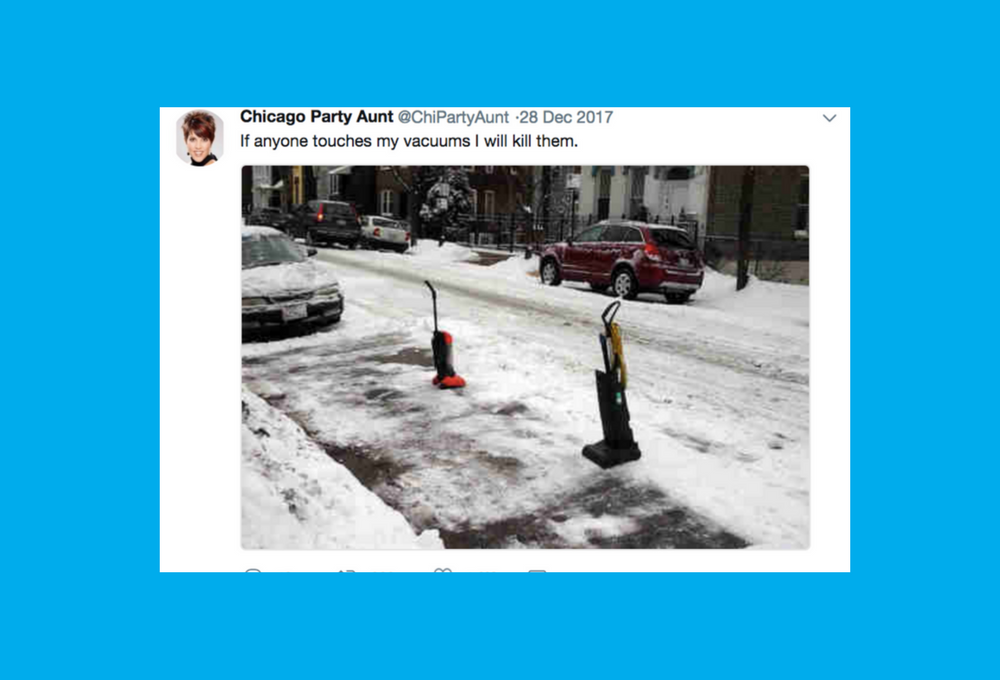 For years now people have been going on and on about Twitter’s imminent death. And while yes, there’s really no denying that Twitter has seen some ups and downs over the years, here we are in 2018 and the damn site is still kicking. People are still hopeful to achieve growth on twitter and some of the users are so dedicated that they keep looking for ways to buy real Twitter followers to grow quickly.

So, in honor of nearly 12 years of the King of Online Bullshit, we’ve compiled a list of the funniest Chicago Twitter accounts you should definitely follow in the new year.

Fair warning though, you might wanna wait till your away from work to check em out – you’re probably be scrolling through for a while.

I’m a ‘crack a tallboy in a brown bag on the Metra’ kinda babe. pic.twitter.com/NyOHbMWJEo

She’s the lady sporting a rhinestone Urlacher jersey at the Jewel-Osco on Wabash. She’s the one who shows up to the Cubs game five Buds deep with a family size bag of Fritos tucked in her tote. She’s Chicago Party Aunt, and you’ve definitely met her before.

A parody account of literally every 40-something wine-o you’ve ever met at a family engagement, @ChiPartyAunt will keep you in stitches for hours.

The Double Deuce is an entire account dedicated to letting the world know what a horrible bus CTA 22 is. With a little bit of random political comedy thrown in, @CTABUS22 spends most of its time filing us in on the worst people on its route.

Whether you plan on attending the pop-punk festival or not, Riot Fest’s twitter account is totally worth a follow. In between the standard music info, Riot Fest also manages to publish hilarious articles about particularly weird local news, clap back at stupid questions and give us a bunch of random facts we never knew we needed to know.

Things may seem bad now, but later they will also seem bad

A Chicago-based comedian and producer of The Mullet Chicago, Donni’s twitter account is a strangely perfect combo of self-deprecation and random thought. Tweeting about anything from his intense hatred of squirrels (I mean, they do kind of suck) to cluing us into why we shouldn’t lend our car to any birds (HINT: it’s cause birds can’t drive), Donni’s got and endless supply of mindless thought to keep you occupied for, like, days.

Malort is a Chicago-only drink and they know it. The account tweets largely about the foul-tasting liquor itself and it’s hangover inducing side effects, giving us gems like “Malort: ORD in the streets, MDW in the sheets” and more.

Sometimes you want to watch a film but you don’t feel like streaming, or watching one you own, or purchasing one, or borrowing one from a friend, or finding one on cable, or driving down to the theater, or illegally downloading one, and that’s where we come in.

A tribute account to one of the longest standing Blockbuster video stores out in the Oak Lawn shopping center. I refuse to comment on whether or not the store is still physically there, but regardless, their material is pretty damn funny.

Effective today, we are leaving the games industry. It’s time we focus on our real passion: revolutionizing snack food with our new brand, Original Prongles! https://t.co/hxNqJOB7Ch

In case you’ve been living under a rock for the past few years, Cards Against Humanity is, indeed, a Chicagoland company. And their twitter has come to play. Tweeting mostly content about or links to their ridiculous stunts, I can almost guarantee you that you’ll lose two hours as soon as you follow that link. You’ve been warned.