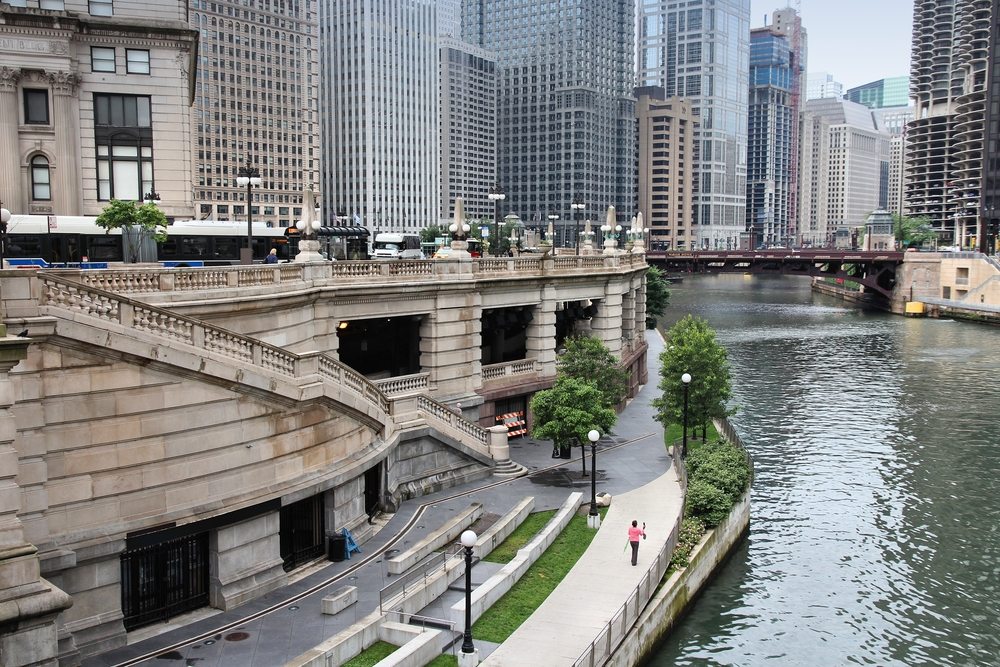 This is How the Chicago Riverwalk Will Change the Entire City

Last week, 19 mayors from across the world, including our own Mayor Rahm Emanuel, converged upon the brand new River Point tower for a revolutionary Urban Waterways Forum, and the discussions that came from it could have a lasting impact on the landscape, infrastructure, and economy of our city.

Thanks to Paris Mayor @Anne_Hidalgo for co-hosting #UrbanWaterways forum to help shape how we think of our waterways pic.twitter.com/5W3Y7bALy0

Among other worldwide bodies of water, the Chicago Riverwalk was a major point of focus. Having been under development for nearly two decades, with last year’s completion of the plan being a major milestone, there’s no question that the attraction has been placed front and center in the eyes of the city. And it’s not over yet.

The forum is evidence that the Mayor views the Riverwalk not only as a source of tourism, but as a significant device for bridging our entire city together for generations to come. Therefore, city officials have called for continued development of the Riverwalk, and real Chicagoans will have a say in its future.

The Chicago Urban River Edges Ideas Lab calls upon architects from around the world to submit proposals for incredible ways to further innovate the Chicago Riverwalk, and locals will be able to share their feedback on the ideas. The possibilities for how this can be realized are endless. Since the Chicago River runs north past Lincoln Park and south through Chinatown and Bridgeport, this could mean that the Riverwalk may expand through neighborhoods outside of the Loop.

Strolling the scenic Riverwalk won’t just be exclusive to tourists and professionals in the Loop – it could be anyone taking it on their way to work or school. Can you imagine following the Riverwalk from downtown right home to your neighborhood? This can open the door to more business, more jobs, and more recreational space for our youth in the city.

Proposals for the Riverwalk are due this June. Stayed tuned for more coverage as ideas are released to the public.