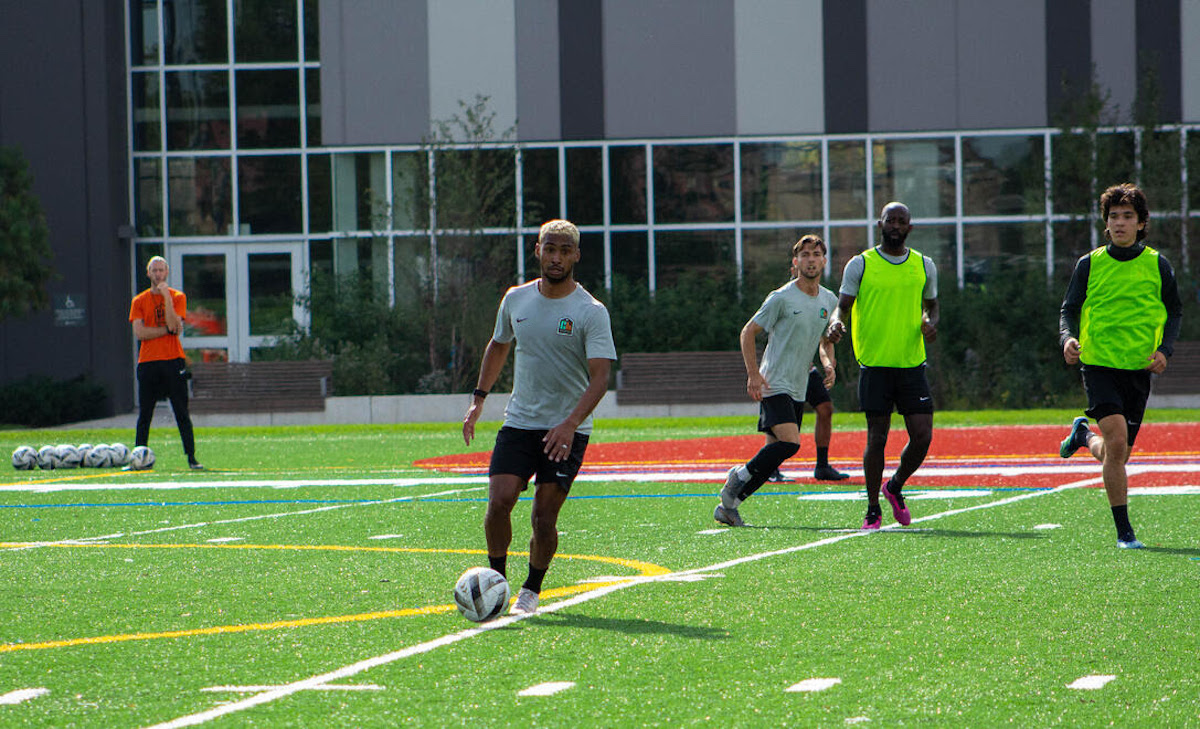 Chicago House AC will be on the road this weekend as they visit the Maryland Soccerplex for the first time to take on Maryland Bobcats FC. Kickoff is scheduled for 6:30 PM CST. The House is coming off back-to-back wins against San Diego 1904 FC following a 1-0 result last Saturday at SeatGeek Stadium. The Maryland Bobcats FC lost 4-0 on the road to New Amsterdam FC last weekend.

The House is in 8th place in the NISA fall table with 11 points, while Maryland Bobcats FC is in 9th place, sitting on 9 points. Chicago’s NISA club will be looking to extend their win streak to a third match and keep moving up the NISA fall table as we are past the season’s midway point.

Many players and coaches have expressed optimism and belief that they can keep this winning momentum going. Chicago House AC forward Nazeem Bartman discussed how hard he has worked since recovery from injury and shares how grateful he is to make it back to being on the pitch.

“It’s been a tough process mentally and physically, but I have a great support system from the team and my teammates,” said Bartman. “Right now, it’s just going up, and I’m improving every single day, and that’s all I can ask for is to get better every single day and take care of my body.”

“To keep the same mentality every day and take it day by day,” said Cerro. “How we want to play in the game, we got to do at practice. So all set from the training ground, and now we keep pushing.”

Head Coach and Technical Director C.J. Brown expressed how special it was to finally win a match at SeatGeek Stadium in front of the House supporters.

“I was very excited for the players,” said Coach Brown. “They’ve been training and working hard to show the fans and give the fans what they wanted. We’ve gone into every game trying to win, and we go out on the road to good performances for our fans that are watching. Coming back after a road trip with a win and getting another win back to back at home against the same opponent [1904 FC] is difficult when you play back to back like that. Credit to the players for their focus, hard work, and what a goal that was to score at home in front of the fans and thought that was really impressive. The fans deserve it because they’ve been sticking through it from the beginning of the season, and we’re just happy to give them something they’ve been wanting.”

Coach Brown also gave his perspective on how it’s crucial to keep this winning momentum going into Saturday’s match.

“Most important is to be who we are,” said Coach Brown. “We’re not going to change in pace and physical play. If we are good with the ball and have good soccer ideas, we should be able to stick to any game. Maryland Bobcats FC presents a different threat for us because they’re a very narrow team down the middle, and they have more athleticism that we will have to deal with. If we can get a hold of the ball and move it around, we can make it challenging for them. It’s a road game, so we got to be smart and play the game that’s going to play in our hands, so we’re not chasing the game all day.”

The match will start at 7:30 PM ET/6:30 PM CT at the Maryland Soccerplex in Boyds, Maryland. Fans can tune in live by visiting www.chicagohouseac.com/watch-live. For team updates and information, please follow the team’s social media pages on Facebook, Twitter, and Instagram, @ChicagoHouse_AC for live updates and fan reactions. Enjoy the match. #OurCityOurHouse