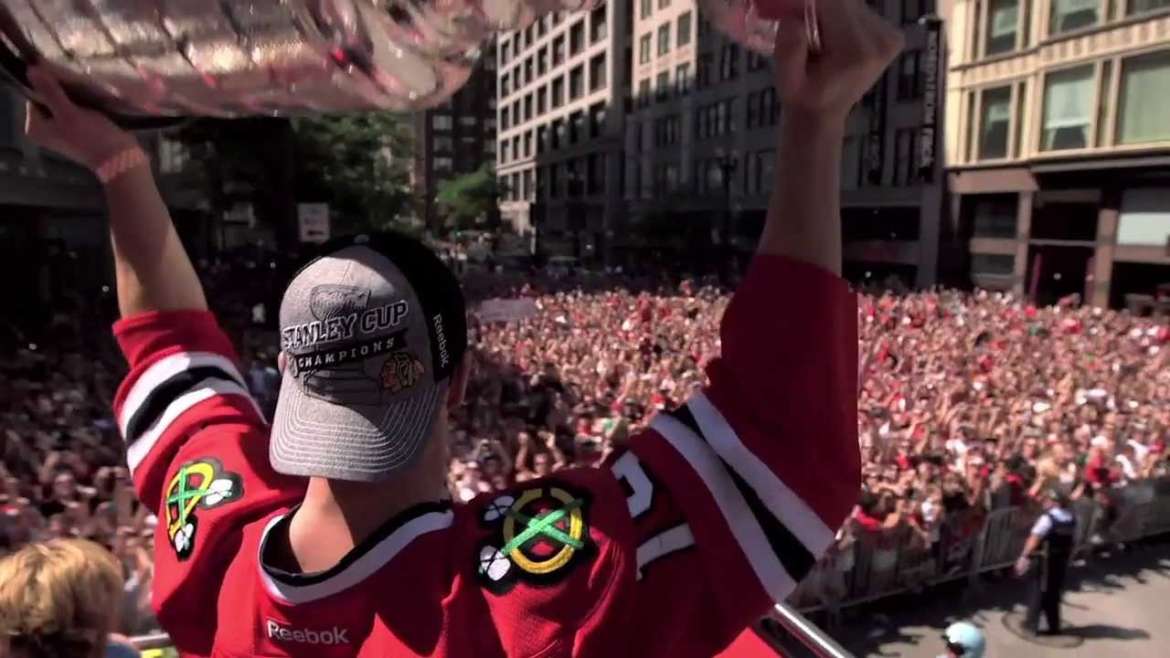 Well… a lot of things.

The image of Jonathan Toews hoisting the Stanley Cup above his head while parading down a crowded street is just one of many iconic images in the City of Chicago’s tourism ad, “Chicago Epic.”

There are some other amazing shots too. Millennium Park’s Jay Pritzker Pavilion, the Sears (fine… Willis) Tower, Sue, Michael Jordan, Wrigley, the Chicago Theatre marquee, the Chicago River, Alinea’s kitchen. Even North Avenue Beach volleyball makes an appearance. We were excited to see the Air and Water Show in there as well. Honestly, it’s hard to pick favorites.

Of course, we’ve watched this enough to pick it apart, and we were left scratching our heads at some of the goofy choices here. Check out the surfer walking past the couple who just got married on the beach… that happens all the time, right?

“Chicago Epic” is the first commercial of the city to be shown outside of the Midwest. It’s narrated by Marc Kelly Smith, who does a pretty phenomenal job. All in all, a 2.2 million dollar campaign should net you a pretty spectacular video, and this one measures up. Choose Chicago, the city’s official tourism branch, has outdone themselves. We can’t wait for the next one.

#ChicagoEpic has been used habitually on Twitter since the video’s release a while back. If you’re looking to join in on the conversation, it’s not a bad place to start.