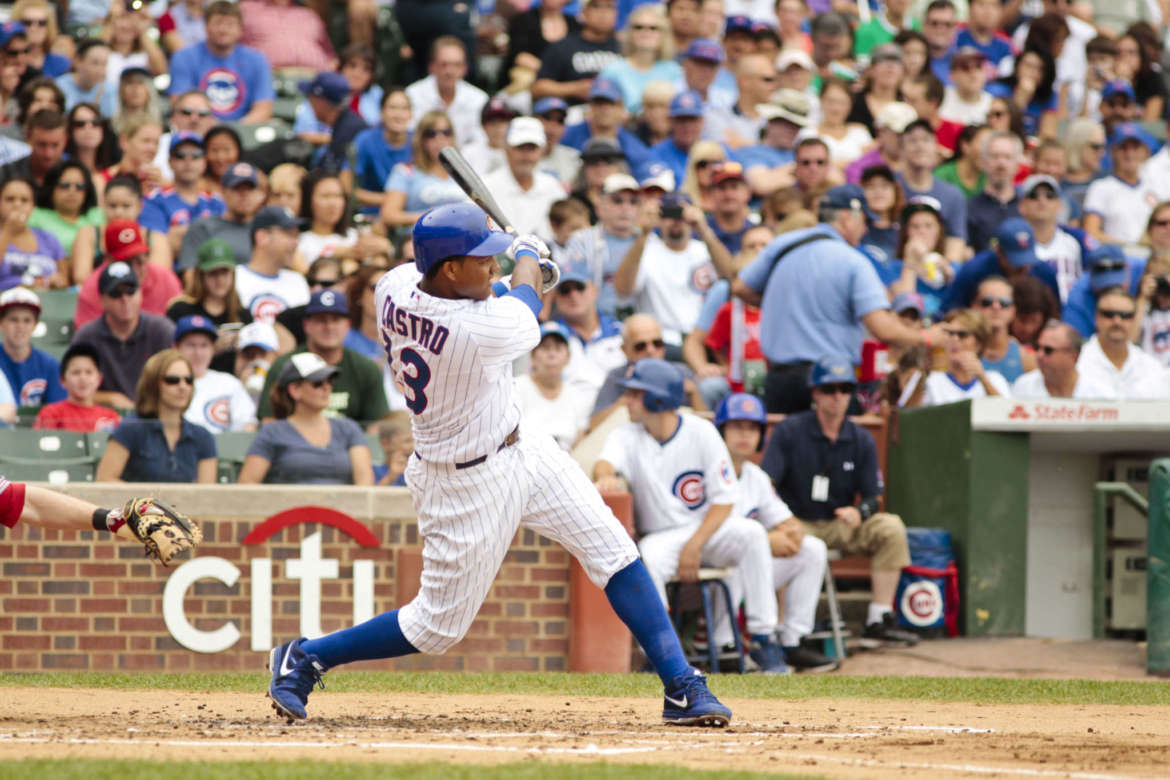 Chicago Cubs: Is This the Year?

Will it be this year? History says no, but the eye test says maybe. The Cubs have 5 players who might push them over the hump, whether it be this year or next. Let’s take a look:

It’s a small sample size, sure. But Kyle Schwarber looks like the real deal.

It’s important to remember that this kid was still in college a bit over a year ago. Even so, it’ll be interesting to see how the league adjusts to him and if he can figure it out. For now though, he’s dominating.

Plus, he looks like he has a good head on his shoulders. Take a look at this quote from the other night:

“I’m trying to keep my head buried and not even look at it. Once you start pressing and doing things you can’t control, that’s where I’ll start getting into slumps.”

Rizzo’s steady bat has remained a stabilizing presence in the Cubs lineup. Plus, he makes some pretty stellar catches. More good news: he’s only 26, and the Cubs have him locked up until at least 2019.

His life hasn’t always been easy, battling against Hodgkin’s lymphoma that he was diagnosed with in 2008. For the all-star first baseman though, this is all in the rear view mirror.

Oh, and speaking of his spectacular catch, check out 10 incredible catches the Cubs have made this season.

Prior to the 2015 season, Bryant was named the #1 prospect in America by Baseball America. There was plenty of hype surrounding his call up to the big leagues, and so far he’s lived up to expectations. After his 0-4 debut, he got off to a hot start with .318 average, .455 on-base percentage, 10 walks, and 10 RBIs in April. He has since cooled off, but his hot start was still enough to fuel an All-Star game appearance. Bryant continues to stretch his ongoing record for most HRs by a Cubs rookie, and his 66 RBIs lead all rookies.

We mentioned that Bryant was the #1 prospect, and Russell was #3 on the same list. At only 21 years old, the future is looking mightily bright for the youngster (He was born in 1994, how crazy is that?).

He wears number 22 like Mark Prior, another highly touted prospect (who didn’t quite pan out unfortunately).

We’re looking at a legitimate Cy Young candidate here, folks. Arrieta’s stats are absolutely phenomenal this year: a 13-6 record, 2.38 ERA, 158 strikeouts, and .99 WHIP. He’s ranked in the top 5 of the NL in 5 major pitching categories. Those are some video game numbers right there.

The 29-year-old has been phenomenal since joining the Cubs in 2013, and with an annual salary of right around $3.5 million per year, he’s an absolutely bargain for this level of production.

Before you start huffing and puffing about your favorite player not being on the list, We’d like to take a second to acknowledge that there are many other contributors on the Cubs who have made an impact. We agree, but these guys are the future.

Here’s to the Cubbies, may they win it all this year. The good news, they’ll be a team to watch in 2016 and beyond at the very least. Progress is progress, however small it may be.

Looking for more baseball coverage? Check out the 20 People You’ll See at the Crosstown Classic.