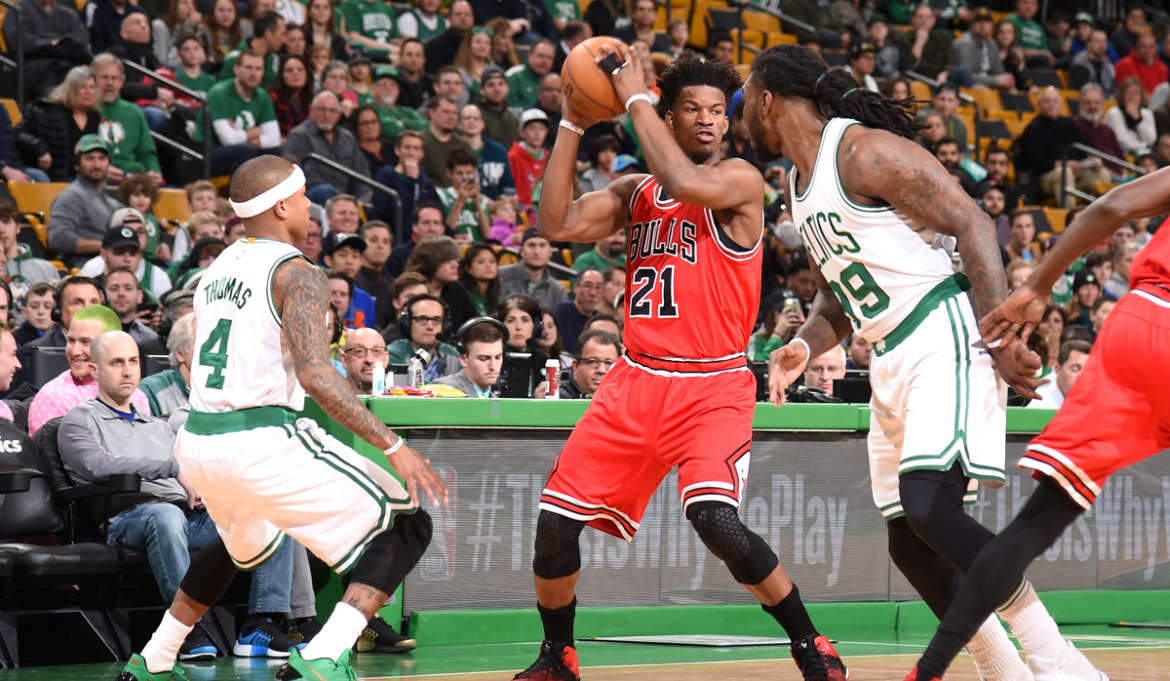 Chicago Bulls, Will They Make or Break Our Hearts?

It seems like yesterday that it was June and the Bulls were parting ways with the beloved Derrick Rose and Joakim Noah in a multi-player swap. Words of disbelief, praise, and confusion flew around fans in Chicago amidst all the offseason transactions. The transactions were put in place to provide more depth and help to the emerging NBA star, Jimmy Butler.

The entirety of this season has been a rollercoaster of emotions. The Bulls won games they should’ve lost. They lost games they should’ve easily won. It seemed as if they played down to their opponent all year. Outside of the game, there was what seemed to be high school drama consistently surrounding the team in the headlines. And to top it all off, Coach Fred Hoiberg couldn’t control the team. All of this seeming too much like a reality TV show where there are two outcomes: greatness or turmoil.

As the season came closer to the end, the Bulls started to play great basketball together. With one game left in the regular season that would determine if they make the playoffs or not, the Bulls win. So, somehow in the midst of drama, confusion, and incredible odds, the Chicago Bulls managed to squeeze into the number eight playoff spot.

With a surprising away victory in Game 1 against the best team in the East, it becomes shockingly clear that the Chicago Bulls will only go as far as Jimmy Butler takes them. That being said, young stars and new Bulls like Bobby Portis, Rajon Rondo, and Robin Lopez provided enough energy and hustle to secure the upset win.

Which brings out the next question, can the Bulls pull off an upset and make a run in these playoffs? Collectively, the Bulls are playing great basketball right now and Jimmy Butler is playing to his MVP potential. They’ve already upset the Celtics and Cavs previously this year in the regular season, so why not do it a couple more times? Although it’s much easier said than done, the Bulls have enough young tenacity and leadership in Jimmy Butler, Dwyane Wade, and Rajon Rondo that could shock the world. And after watching the Cubs come back 3-1 in the World Series, it’s been proven that anything is possible in the city of Chicago.