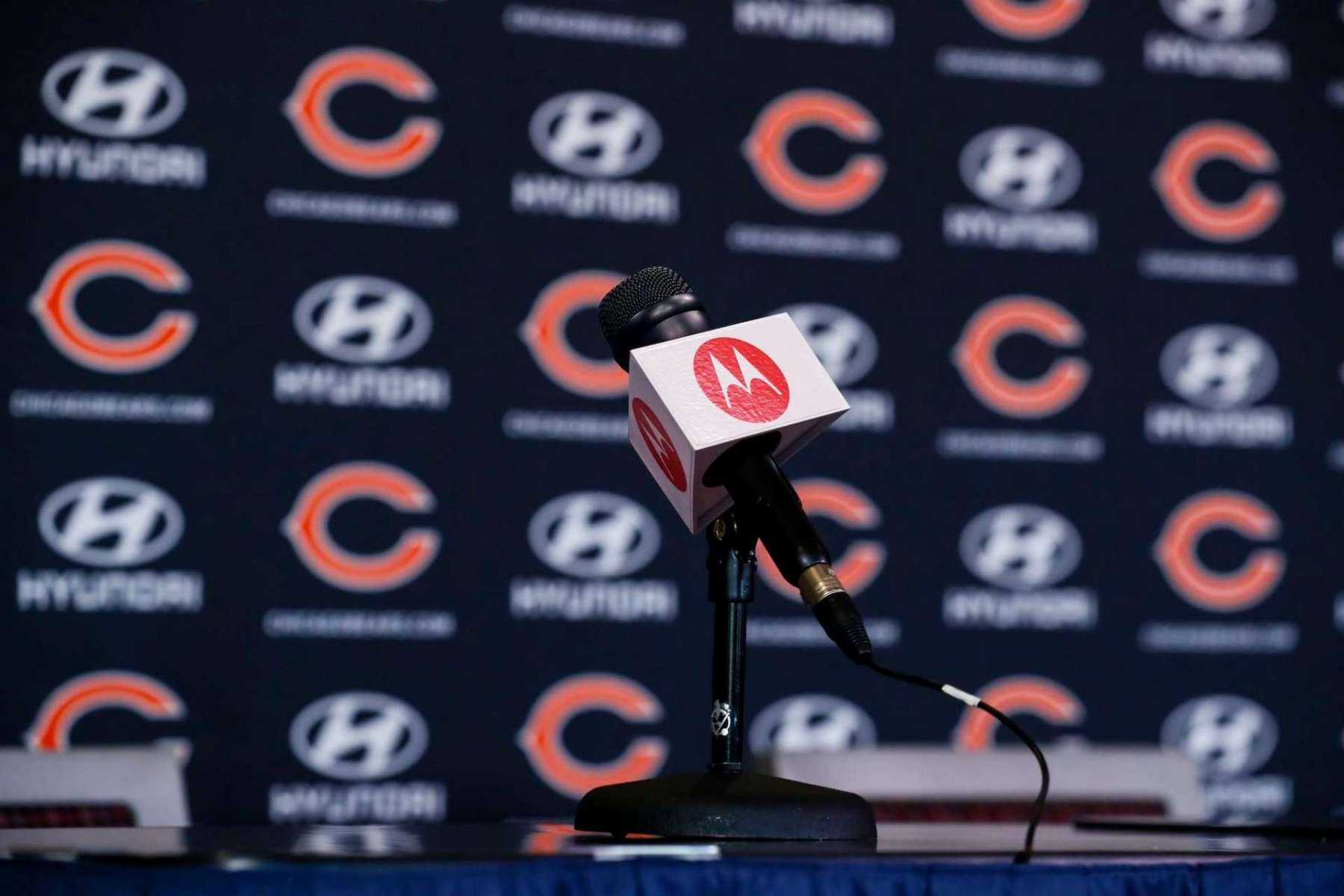 The Mt. Rushmore of Mediocrity, as I like to call them, sat there and delivered can-made opening statements and answered questions about the Chicago Bears season with the transparency of Kayleigh McEnany, and lied to you—about everything.

To us, an abomination.

To the rest of the NFL, a joke. The Chicago Bears are a laughing stock; washed in a thick, tar-like cloak of mediocrity that weighs them down impeding any semblance of meaningful progress. Their organizational credo says simply showing up is good enough for the decision makers. See, we know the Chicago Bears are toast. But that wasn’t going to stop McCaskey and Phillips from toasting each other for the hard-fought, 8-9 2020 season that saw them become a charity case in an expanded NFL playoff. They think they’ve had success at Halas Hall, because that’s the bar you set for yourself when you achieve the average in positions you’re not qualified for to begin with.

Their delusion is no more evident than in two moments: 1) When George McCaskey claimed that he was proud and acknowledged Pace and Nagy were collaborating and growing within their roles and 2) when Ted Phillips refused to give an answer when legendary football columnist Hub Arkush simply asked which year Pace and Nagy’s contracts ran through.

Each egregious for their own reason but two moments in a baseless hour and a half that highlights just how out-of-touch with the current reality the Chicago Bears truly are. Their belief is that they’re close when in reality they stand squarely on the edge of complete and total irrelevance and the only course forward is to jump completely off.

Phillips is an issue of his own. He’s a business guy who makes football decisions and has overseen 21 years of not-so-great to even-worse results. It’s what makes it so insulting when he laughs off a question regarding the Bears’ football culture, and how he believes the one in place this season is the right culture moving forward despite no evidence it’s a winning one. He categorized questions about management’s contract status as “not pertinent to this conversation,” proving just how little he gives a damn about fans having the full picture.

I could dive in deeper on Phillips but I’ll just let this Dan Durkin tweet tell the rest of the story.

But McCaskey’s philosophies are downright dangerous at times.

Ryan Pace now enters Year 7 of his time with the Chicago Bears, and he’s growing in the role?  It’s a problem in and of itself that your team chairman believes it is OK to still ride with your training wheels on more than half a decade into your very influential role within a $4 billion organization. But when you take a look at Pace’s track record on the job it gets worse. The team is 42-54 in six years of Ryan Pace, they’ve made the playoffs just twice, drafted a QB just once, have not addressed the offensive line before the 6th round a single time, and signed two horrifically bad veteran QBs in an attempt to throw a band-aid on a gunshot wound.

That is flat-out trash. Unless you work for the Bears.

The Bears’ run-it-back mentality is more rooted in relationships than results. When Pace took over, Matt Nagy was not in the picture. Thus, Matt Nagy and Mitchell Trubisky are not connected the way Pace and Trubisky are, or even the way Pace and Glennon were. The point being, McCaskey’s belief that Pace is still growing in his role is tethered to his belief that Nagy is in fact growing in his and that together, they can take the Bears forward, starting with a quarterback position that’s been devoid of consistent success since, well, ever. Pace is seemingly getting another crack at the whip in 2021 because he’s able to collaborate on personnel decisions with Nagy unlike in 2017.

However, it’s this form of regressive thinking that inspires no confidence in the Chicago Bears. If anything, it only highlights the ramifications empowerment can lead to when given on the basis of favoritism and nepotism, which famously permeates the corridors of Halas Hall. Nagy has his own issues on the field, but credit should be given in his ability to target players he believes will fit in his system, be it through the draft or free agency. Guys like Tarik Cohen, David Montgomery, Allen Robinson, and Darnell Mooney, all have come to Chicago and displayed success on the field.

The issue is, the con’s have far outweighed the pro’s for not only Ryan Pace individually, but for the Pace-Nagy combination that George McCaskey and the Chicago Bears believe so devoutly in. They’re lying to you when they say otherwise, which is why it was so insulting to hear them trot the word ‘collaboration’ out so vehemently on Wednesday morning as the primary reason they believe success is on the horizon for the organization. He praised the fact that the Bears’ so valiantly overcame a six-game losing streak in the middle of the season without acknowledging the fact that a six-game losing streak would be a fireable offense for any one of the other 31 NFL franchises, or, the fact that they righted their ship against the Houston Texans, Jacksonville Jaguars, and Minnesota Vikings—three teams with a combined record of 12-36.

For those who continue to tell you that the #Bears president doesn’t make a major impact, kindly tell them to F off. All you have to do is listen to the press conference.

The issues for the Chicago Bears moving forward go much deeper than finding an improvement at quarterback, though that is one of them. It’s systemic. It’s an organizational mantra that, from the top down, says we will accept just good enough so long as you show us you’re trying and that our bottom line stays nice and healthy. Should you fail, we’ll find someone else to scapegoat. Wednesday was just a reiteration of that—an eerily similar set of words to the one delivered at the end of 2019’s 8-8 campaign.

While 2019 may have been the outlier in their eyes, 2020 proved it is the norm. It’s an insult that the people in charge are the only people who don’t care.

If you’d like your day to end in frustration, you can watch the full press conference below.