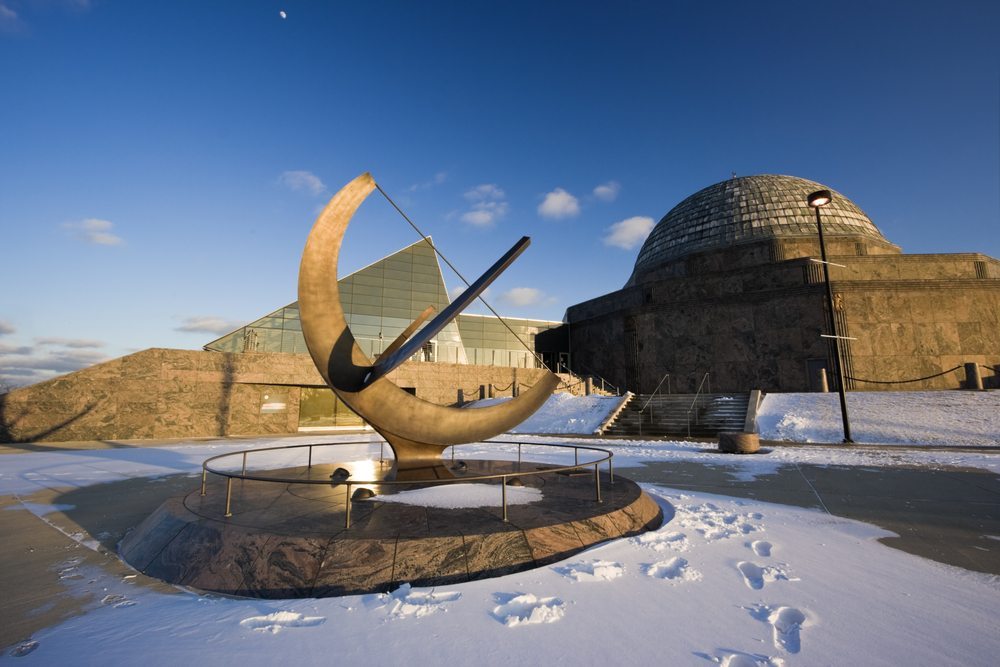 Celebrate the Holidays at Adler Planetarium

Space out this holiday season. 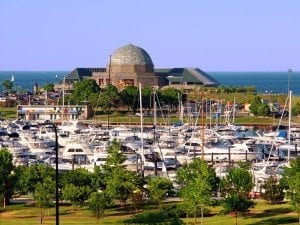 It’s really quite remarkable that no two snowflakes are the same. After all, they all look alike as they swirl around and fall from the sky, slowly landing on your cheeks as you walk down the Windy City streets. But do you know what’s even more remarkable? Space.

We can look out and see countless stars and celestial bodies. We can imagine all of the bodies out there that we can’t even see and multiply by ten, and still – no two bodies are the same.

With that in mind, if you’re looking for a unique experience that doubles down on the remarkableness of the season, you should check out the holidays at Adler Planetarium.

Why? These 5 Reasons to Celebrate the Holidays at Adler Planetarium will tell you why.

Is it really the largest? Truthfully, we don’t know – but we really don’t care either. The point is – it’s big. Really big.

The World’s Largest Snow Globe takes place in the Grainger Sky Theater. You can hang around after seeing an original Adler show to view the city through this overhead dome, which (obviously) acts as a giant snow globe. You can witness some of the Windy City’s famous landmarks in their holiday state until January 3rd. 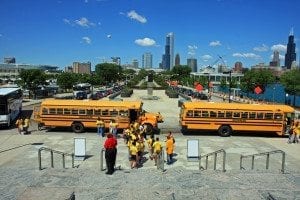 December is the anniversary of humanity’s last steps on the moon during the Apollo 17 mission. Likewise, this month marks the 50th anniversary of Gemini 7 – the first space flight for Captain James A. Lovell, JR., a NASA astronaut. Lovell and Frank Borman spent 12 days in space aboard the spacecraft in 1965.

Why is this important? You can visit Mission Moon to learn about the Gemini 7 mission, and an exclusive screening of The Last Man on the Moon will be played on both December 12th and 19th.

Planet Explorers, an exhibit for the young astronomers in your family, will be decorated for the coming holidays. To top it off, Mondays will now be named Young Explorer Mondays, and they’ll be completely dedicated to children under 6. These days will explore how astronauts on the International Space Station celebrate the holidays while they’re in space. You can see this beginning on December 11th.

December 21st marks the Winter Solstice (the shortest day and longest night of the year). As per usual, the Adler is the finest place in the city for viewing the solar system, and they’ll be hosting a day of observing from the Doane Observatory from 1 pm – 7 pm. Not only is the event staffed by Adler Astronomers to answer any questions you might have, it’s free and open to the public.

Ever wonder how humans have kept track of the seasons throughout history? And why is winter in Chicago so damn cold anyway?

Well, now you’ll have the answers. The Adler is bringing rare historical artifacts out of the vault on December 16th, and gallery talks on Astronomy in Culture will be led by Adler Planetarium curator Pedro M. P. Raposo at 11 am and 2:30 pm.

You can learn more about the holidays at Adler Planetarium by checking out the their official site.