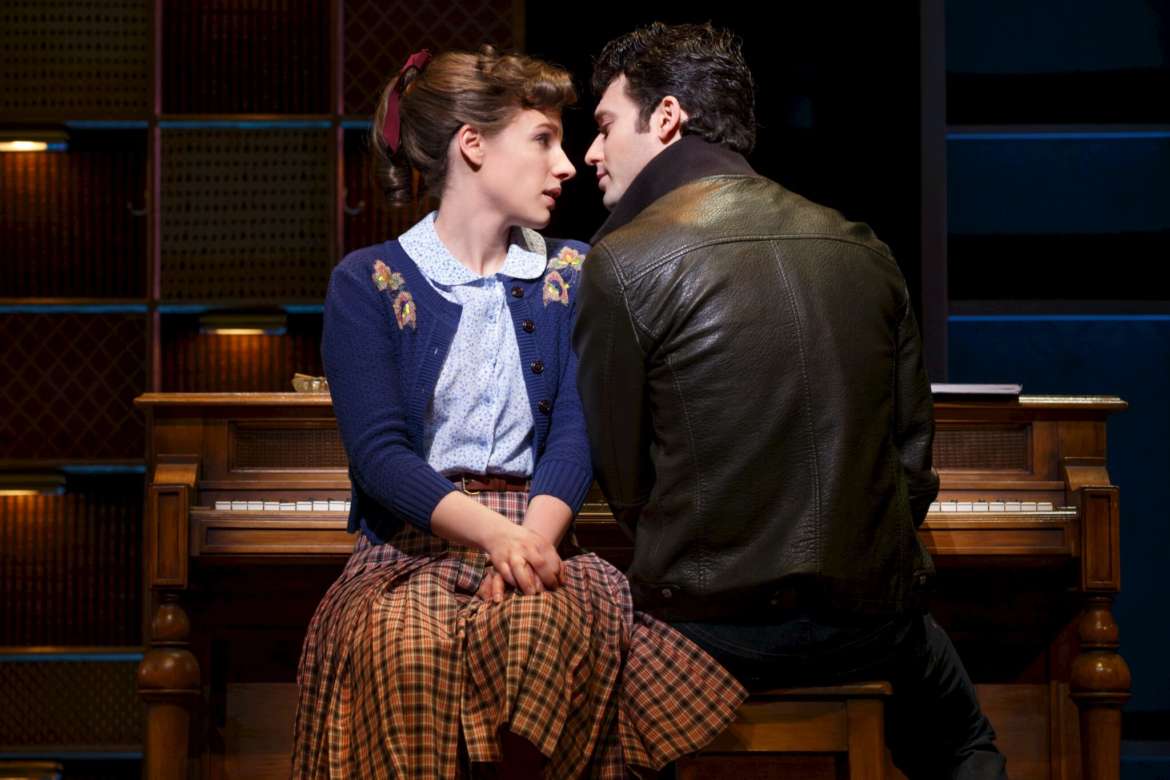 When you get tickets to see a musical, you expect excellent music and wondrous dancing.

Your expectations are overwhelmed.

“Beautiful – The Carole King Musical” is first and foremost a book for the musical itself, written by Douglas McGrath. The musical opened in San Francisco, at the Curran Theatre, in 2013, with the direction by Marc Bruni. In 2014, it opened on Broadway at the Stephen Sondheim Theatre. It then started its U.S. tour in 2015.

This Broadway in Chicago Musical, which runs until the 21st of February, 2016, is a celebration. It’s a celebration of a person, first and foremost, and then of a career. It reminds everyone in the audience what it means to work in the show business; but it also puts the spotlight on all the people who work, thrive, and spend their lives working behind the curtain of the stage.

Carole King is the successful songwriter who won four Grammy Awards, and who entered the Songwriters Hall of Fame. She is the songwriter for whom, when you’ll hear that ’70s ballad you love, you will say “She wrote this? And she wrote that song, as well? And that other?”

This musical shows her early career and her debut as a singer with her two albums. One is the 1970s “Writer”, and then her second album, of 1971, “Tapestry”, that brought her to the pinnacle of success.

The musical shows us a coming of age story, in which King is trying, and succeeding, to make her dream come true. We see her working for Don Costa, together with her writer-partner, and husband, Gerry Goffin. The number of songs they write together is astounding, and their career fully launches with the single “Will You Love Me Tomorrow”, sung by The Shirelles.

We see her pivoting from one success to another, and we see how her career takes shape, at the same that her character grows. The young Carole King, that started working for Don Costa at the age of seventeen, is not the same person that goes on stage for her debut concert at Carnegie Hall.

Filled with magnificent sound and great acting, we see the transformation of Carole King into a woman who is sure she can be successful, and who puts all her will into making her dream come true.

The lead actress, Abby Mueller, perfectly falls into the role. She is passionate, and she brings the crowd together with her voice, which is so close to the original that, in the last song, I myself am dazed, and for a moment I believe Carole King is on that stage.