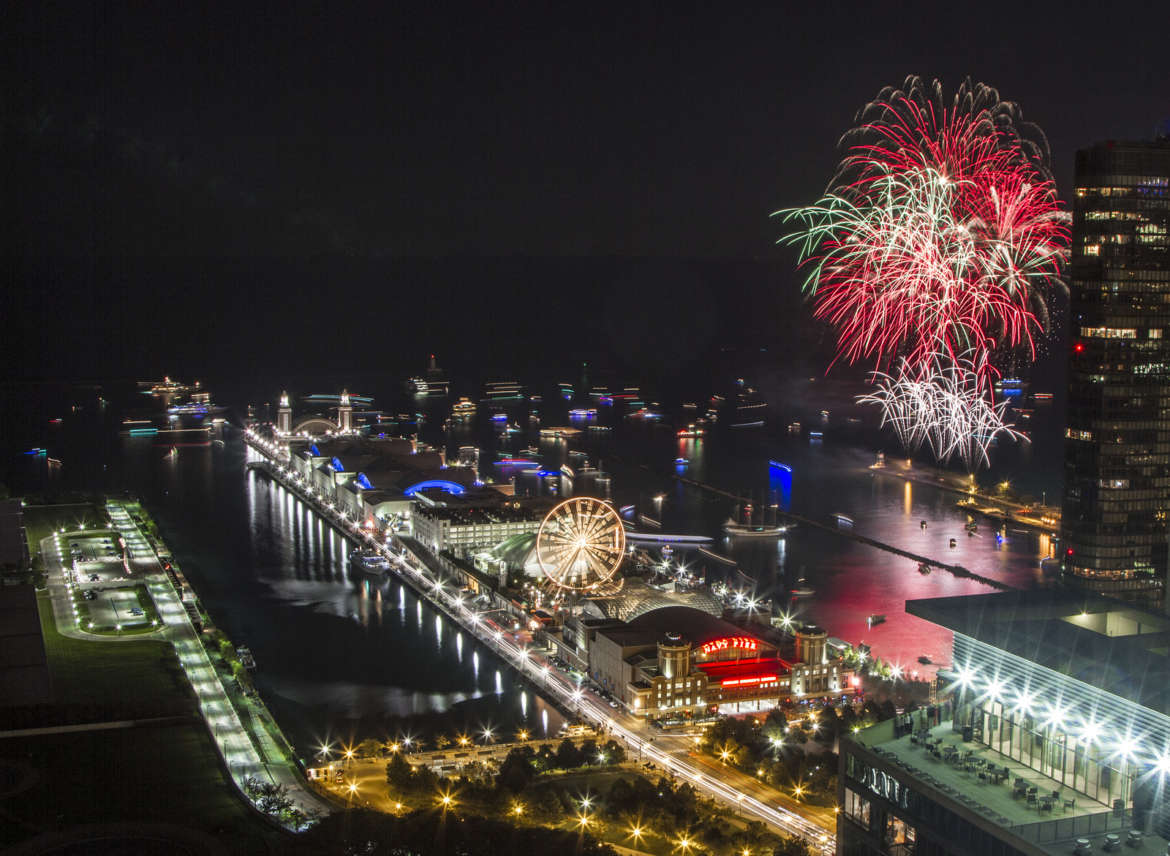 Time for a short history lesson:

The Venetian Night tradition stems from Venice, Italy – where the Venetian Festival was held each year on Fat Tuesday. Chicago began the practice in 1959, and before long there were 600,000 people coming to the lakefront to see the show.

This all took a turn for the worse in 2010 when Venetian Night was canceled to save costs on police and fireworks in lieu of a declining economy. The event was reinstated in 2012, but with a fairly notable change: It was held at 31st Street Harbor – a smaller, less convenient venue.

Well, we have good news. This years’ 56th Annual Venetian Night is returning to Navy Pier on September 12th and it’s completely free!

The theme? “Once Upon a Time.” Spectators will vote on the top-decorated boat (and rumor has it they give bonus points for featuring a genie).

Here’s what else we have to report on:

What’s Venetian Night without a boat parade? The parade consists of 20 themed & illuminated vessels for your enjoyment.

Not many firework shows can match Navy Pier’s dazzling arsenal. Sparks will fly & rumbles will be heard, matched only by roars from the crowd.

Live from the LandShark Beer Garden, bands will be performing alongside the firework extravaganza.

Rather see the show from the water? Odyssey, Mystic Blue, and Spirit of Chicago are all offering boat cruises for the night.