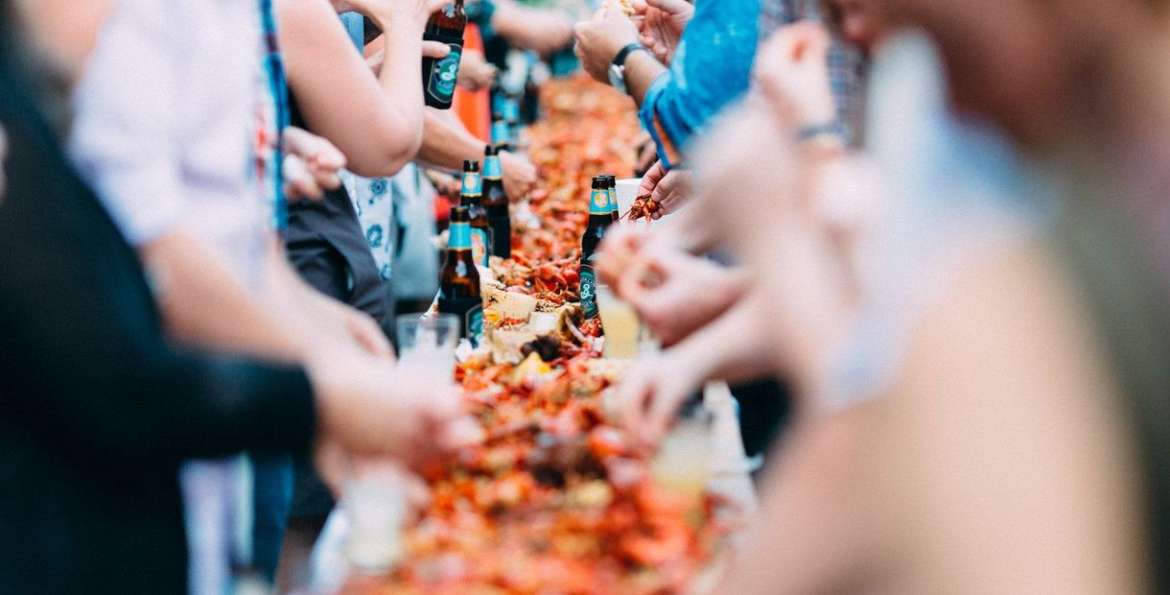 To call the Brooklyn Brewery Mash a beer festival would put it lightly. Very lightly.

Spanning five months and hitting nine cities, the tour will be setting up shop in Chicago this weekend from August 11 – 14. Their festive stay includes a Dinner with Friends event hosted by a Brooklyn Brewery Chef, a night of music at Thalia Hall, a Beer Mansion walkthrough, and an immersive look into the neighborhood of Pilsen and its culture. You name it, you’re gonna find it here this weekend.

What really separates this festival from others is that it’s less about the brewer and more about the destination, with a love of great beer and food as the conduit between the two. Yes, Chicagoans will have the chance to sample endless brews, we’ll never turn that down. But more importantly, we’ll have the chance to reignite our love for the city and one of its most treasured neighborhoods. All courtesy of New Yorkers – who would’ve thought?

To learn more about how this event came about, we chatted with Clare Dietzen of Brooklyn Brewery, who was kind enough to answer some of our questions.

What is the main goal of this tour? 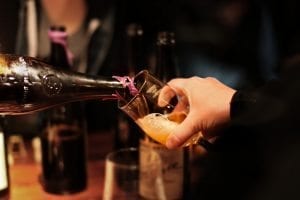 The Mash spawned from a desire to connect on a deeper level with craft drinkers outside of our home market of Brooklyn. We’re able to open our doors and welcome all kinds of people to experience the brewery, our beer and all the things we know and love, but in other markets like Chicago, we don’t have that luxury. The Mash was created as a way for us to export all of the things we experience as a brewery here in Brooklyn to other cities and collaborate with like-minded individuals on the ground in each one. It’s all about strengthening relationships with other creatives, partners, customers and so on, who hold on to the same values that we do. The Mash allows, in some sense, for Brooklyn Brewery to have a brick-and-mortar in each of these cities for one weekend. We hope everyone who comes through a Mash event leaves with a memorable story and thus a specific connection to our beer and our brand.

Other cities like Austin, New Orleans, and London are on the tour. What made you choose these cities?

The cities that we visit on the Mash are a shortlist of some of our favorite cultural destinations around the world. All towns, cities, and countries have things that make them unique. For this tour specifically, we travel to markets that are all able to support the Mash, through their rich culture, active local beer scene, and passionate, fun dwellers.

Chicago neighborhoods are rich with culture. Why is cultural immersion such an important aspect of this event?

The Mash certainly isn’t about us telling people in other communities what’s “cool” in Brooklyn and forcing it upon them. Every city we visit has its own distinct vibrancy: its own chefs, breweries, cult dive bars, great cups of coffee, and so on. The tour ends up taking on the character of whatever city it’s in at that time which makes it unlike any other out there. For example Beer Mansion in Chicago will be starkly different from Beer Mansion in Austin or Stockholm. The Mash couldn’t exist without the collaboration and we’re excited to head back and celebrate Chicago alongside all our friends that make it such an amazing city.

Why Pilsen? How is Pilsen the ‘Brooklyn of Chicago’?

Pilsen the kind of place, especially when you’re north of the Eisenhower, that carries a sense of discovery. It’s bustling and full of incredible food, shops, and art in all forms. It’s one of the only areas where you can eat lunch at a Michelin-starred restaurant, see a concert in the historic Thalia Hall, and dance to Selena until 4am without leaving one street. We’re not saying that Pilsen is the “Brooklyn of Chicago”, it certainly doesn’t need that comparison. But it’s similar in that it’s a neighborhood with a rich history, currently in transition and working hard to hold on to its roots. It has its own distinct energy, just like Chicago does.

For anyone who hasn’t tried Brooklyn Brewery or hasn’t been to this event, is there anything else you’d like them to know?

Yes, and it’s very important: we’ll be performing free marriages during the Immersion and each newlywed couple will receive free marriage counseling immediately following the ceremony. Tack that on to a pop-up bar called The Trailhead (where your Immersion ticket gets you free-flowing beer throughout the afternoon) and an arm wrestling tournament at 4pm. The event basically has everything.

Festivals come and go in Chicago, but this is a one-of-a-kind experience you won’t want to miss. Get your tickets now for the Brooklyn Brewery Mash this weekend. Stay tuned for more coverage from us on the events, we’ll be on-site sharing the deets. Arm wrestling, marriages, and all. 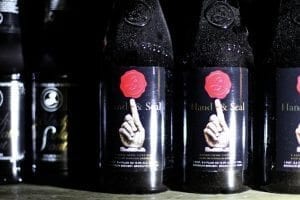 Thursday, August 11 at 6:30pm: Dinner with Friends at TWO