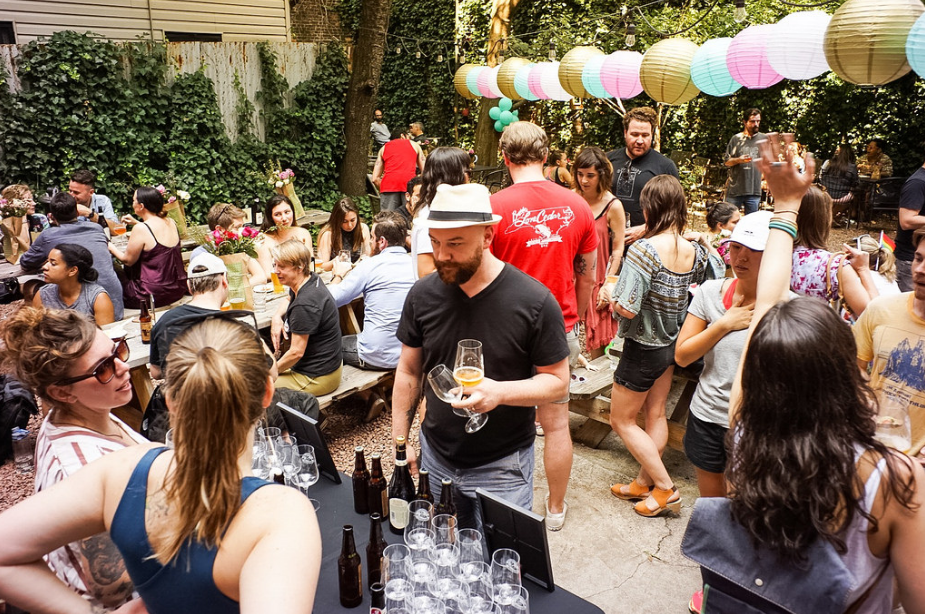 Beer festivals take place in just about every city, and on every block. What makes Beer Mansion different? Well, everything really.

Sure, as with any other beer fest, there’s food, music, and art to accompany the brews. But what makes Beer Mansion great is that all the emphasis is placed on ‘experience.’ What you get is a two-day journey where you’re bound to see, hear, taste, or encounter something you never have before.

Kicking off its annual tour by returning to its hometown, the Brooklyn Brewery Beer Mansion takes place April 13-14 at Weylin in Williamsburg. This year’s parties include The Speakeasy, The Show, The Bazaar, and The Arcade, where each will offer its own unique kind of spectacle. Here’s what else you can expect:

Food and Other Vendors

Not in NYC? Not a problem! The Beer Mansion might be traveling to a city near you. Watch out for more festivities continuing in Minneapolis, Atlanta, and Dallas!