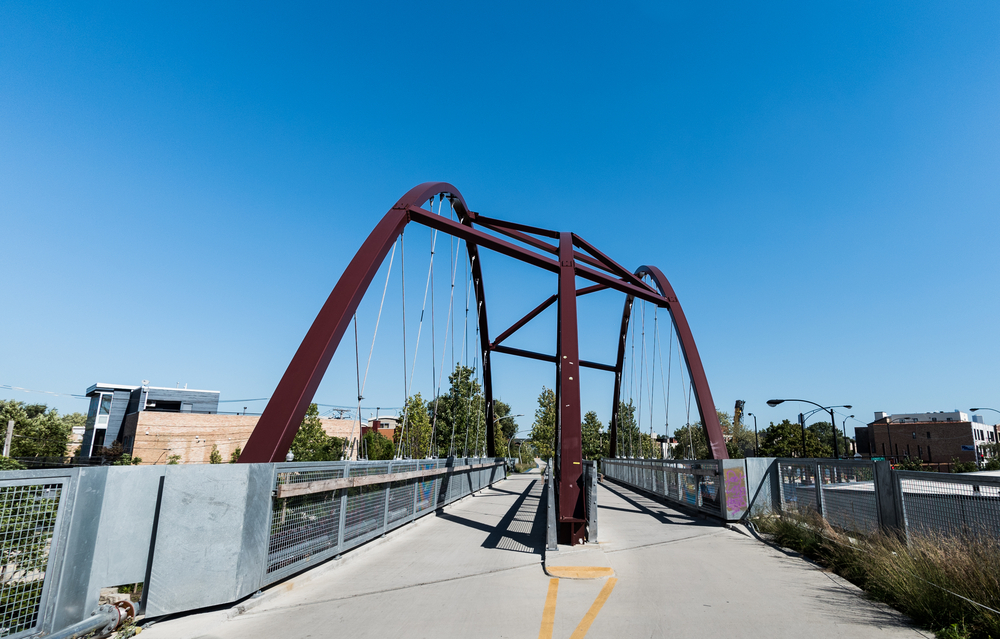 Depending on the time of day, walking around Chicago can be an overwhelming experience. The sounds of car horns, people conversing, and screeches from the El trains bounce off building to building at all times. The sidewalks are filled with people in a rush to get to their next destination and tourists slowing up traffic to take pictures. Regardless of what’s going on, it’s clear that the city of Chicago is a place of hustle and bustle.

Despite its traffic, Chicago over the years has been recognized as a leader in promoting urban renewal through public art and architectural design. That being said, Chicago and its citizens are always looking to modify areas of the city that can be used in better ways, particularly through public transit and public spaces.

Chicago has more than enough space for riding bikes. After all we are known for being the most bike friendly city in the country. From what used to be abandoned railroad tracks, the Bloomingdale Bike Trail (or The 606) has become internationally recognized for its elevated trails and ability to create an urban oasis for all visitors. This trail was recently described as one of the “world’s best bike paths” by Bicycling Magazine and for good reason.