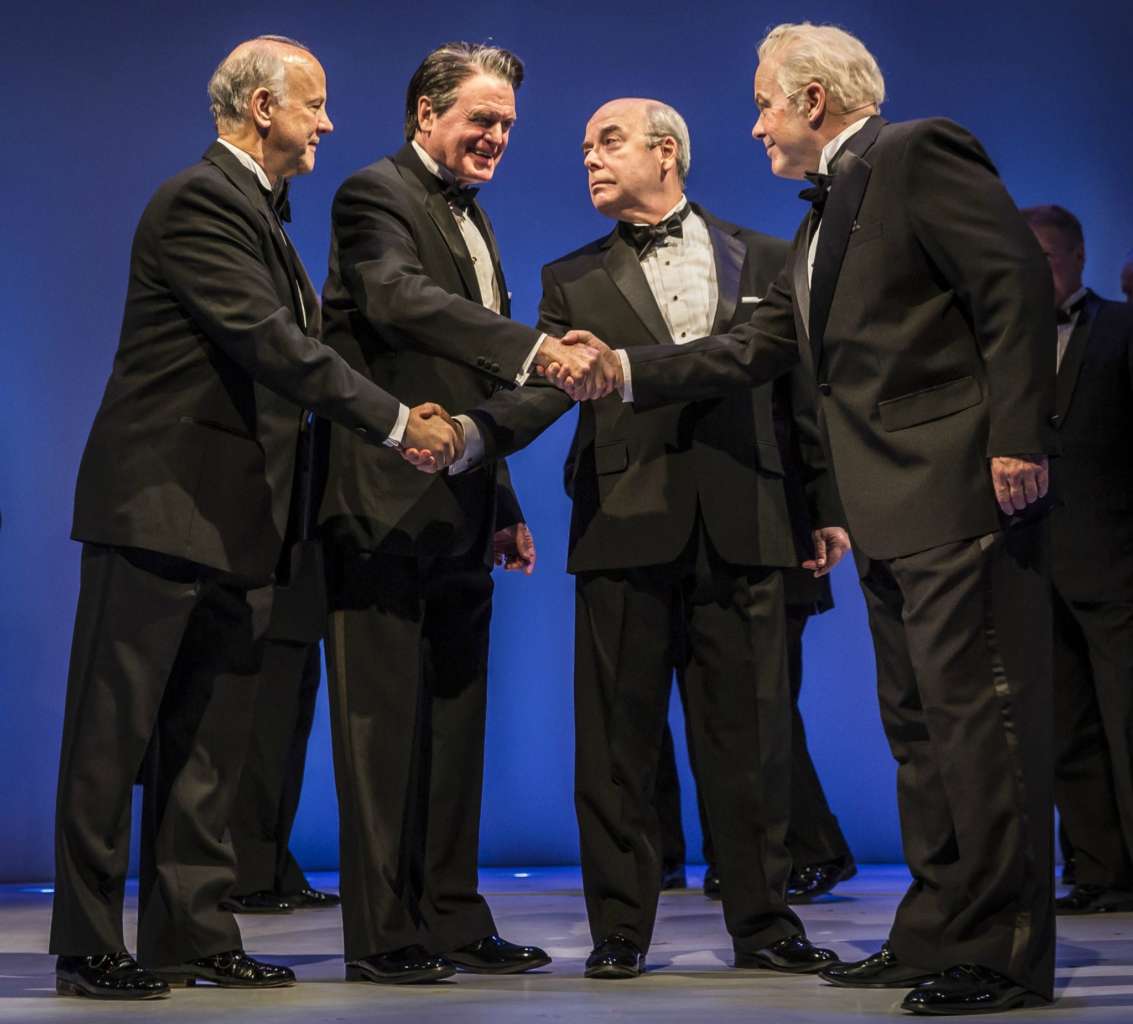 ‘Blind Date’: You Never Know What to Expect in Politics 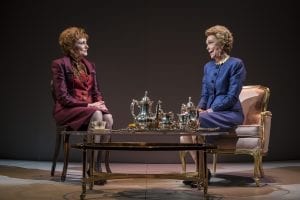 While it sounds like a rather unusual name for a play that deals with global affairs, the audience soon comes to realize why this title makes a whole lot of sense.

It was the 1980s. Ronald Reagan, President of the United States (Rob Riley, who walks and talks just like him) and Mikhail Gorbachev (William Dick), head of Soviet Russia, were considering a meeting while the Cold War was escalating. The fate of the world was at stake… and it all depended on chemistry!

In an era before Twitter, Facebook, and 24/7 news, two of history’s oddest couples seek to thaw the tensions between the two countries over pop culture and old movies. Through former Secretary of State, George Schultz (well done, Jim Ortlieb) and former Minister of Foreign Affairs for the Soviet Union, Eduard Shevardnadze (Steve Pickering), they agree to have the two world leaders meet in a neutral destination – Geneva, Switzerland.

In this new play written by Rogelio Martinez and directed by Goodman Theatre Artistic Director Robert Falls, the audience gets a behind-the-scenes look at the political machinations between Reagan and Gorbachev.

The real laughs come in the conversations between First Lady Nancy Reagan, played by the excellent Deanna Dunagan, and the highly-educated Raisa Gorbachev, played with adroit humor by Mary Beth Fisher, who spar over tea and fashion choices. Thomas J. Cox as Reagan biographer, Edmund Morris, weaves the entire story together.

Mention must be made of the imposing, revolving sets with walkways designed by Riccardo Hernandez and costumes by Amy Clark, who beautifully captured the styles of the day.

The play is fast-paced, witty and as true today as it was back then. Don’t miss this wonderful night of theatre! Blind Date runs through February 25 at the Goodman Theatre. For tickets and information, visit GoodmanTheatre.org/BlindDate or call 312.443.3800.