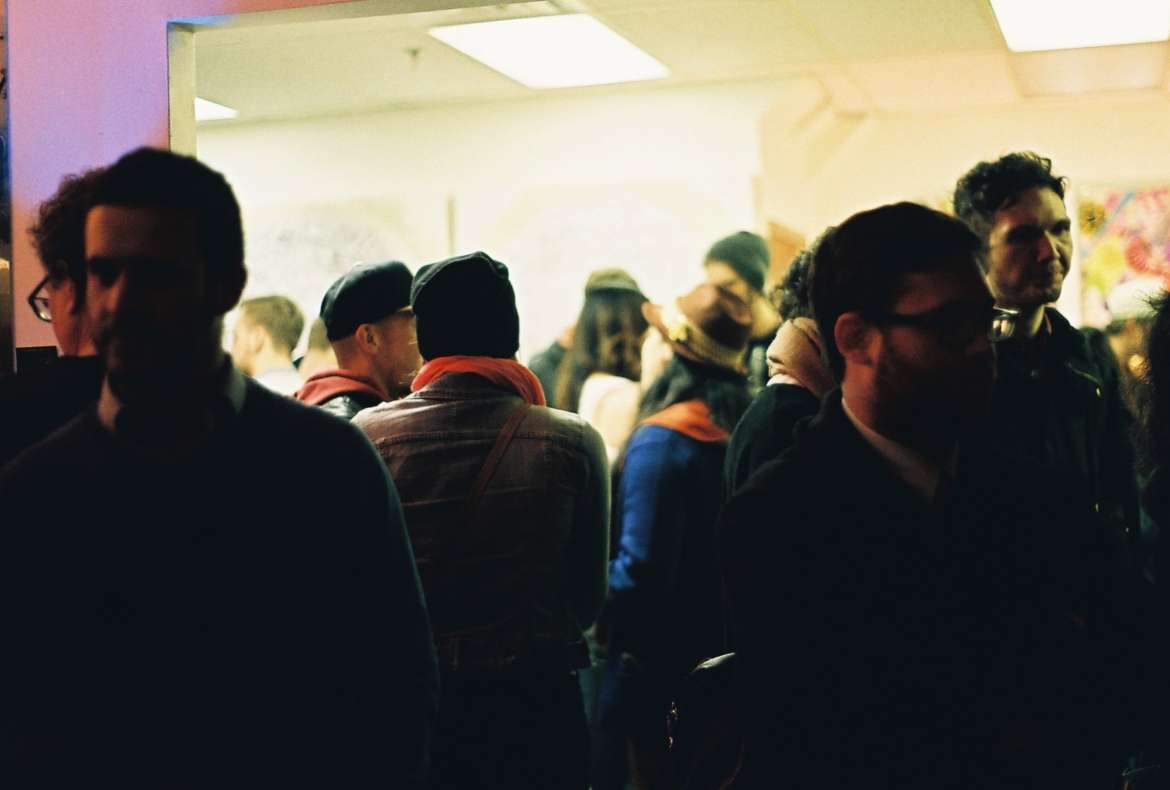 Last week, we were invited to The Black Couch Studio in Logan Square for their Second Friday series. While there are plenty of galleries in Chicago that host monthly showcases, there are none that are quite like this.

Suzann Norris and Mark Narens teamed up three years ago with one goal in mind: to give back to the community. The Chicago natives handpicked an abandoned warehouse on the corner of Diversey and Tripp that’s been around since the 1920s and converted it into a multi-functional haven, welcoming creatives of all ages and skill levels throughout the city.

“This place has a lot of history, there’s still so much more that we want to know about it,” says Norris, co-founder and resident artist. “It was supposedly used by Al Capone for laundering at some point in time. It’s hard to know what really went on here, but it’s managed to survive all this time. It has a lot of character.”

The massive space is like a labyrinth of rooms and nooks that are filled with possibility. A large catwalk overlooks the entire building from end to end and the room with the titular black couch is large enough for not just art showcases, but pretty much anything.

“We can do anything here,” says Norris, “we hold art shows, we do live music, we rent out space for private events that we can even arrange catering for. Mark and I teach private and group art lessons here. We want it to be as useful as possible while letting people realize their potential who might not have had the means to otherwise.”

The Black Couch Studio collects donations that benefit multiple organizations in Chicago, such as The Arts of Life, which works to promote equality for citizens with developmental disabilities through nurturing artistic expression. Proceeds from auctioning pieces go to many nonprofits like this.

It’s also about the artists. They support talent of all backgrounds – student, up-and-coming, beginner, and the well-established. Anyone is welcome and you can find just about any medium represented there on any given day.

What’s pretty astounding is how this team dropped everything to dedicate all of their time, money, and focus on making this studio a success, not for themselves, but for everyone else. You can sense their passion the second you hear their story. “There’s still more we have to do. We’ve been renovating and adding finishing touches throughout the space. We can’t wait to see it go where we really want it to go.”

Check out upcoming events or rent out space for your own at The Black Couch Studio at 4200 West Diversey Avenue.