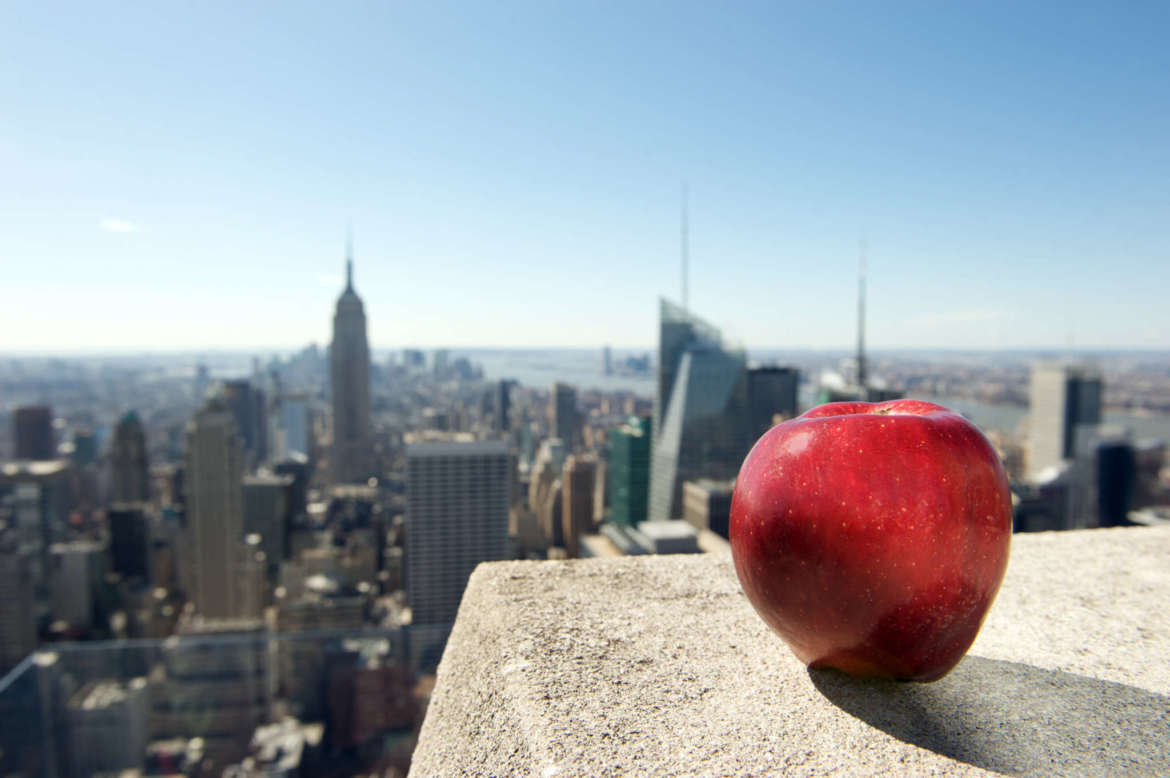 The Big Apple Crunch is Back!

It’s time to get your crunch on, NYC!  Join millions of New Yorkers on October 19th at The Big Apple Crunch in taking a hearty bite into an apple for New York Food and Farms.

At lunchtime this Thursday, hundreds of thousands of residents across the state of New York State will collectively take a large crunch out of an apple. They will be joined by thousands of individuals working in hospitals, prisons, state agencies, farmers markets, corporate cafeterias, retail establishments, schools and more!

This year, the FarmOn! Foundation has set a goal to break their previous mark of 1,000,000 crunchers by asking New Yorkers to take a bite out of an apple to raise awareness of the importance of supporting local New York farmers; supporting our local farmers can bring more access to fresh fruits and vegetables, making it affordable to eat healthily, and keep both NYC and it’s environment healthy.

Crunches will be held throughout the city, but to find an event near you head to the Big Apple Crunch website here.

There is also an option to host your own crunch, if this interest you, which here.

In the past years, this event has crunched some huge numbers, and this year is expected to be even better:

If you have any questions about the event itself, contact BigAppleCrunch@gmail.com.

Now get those chompers ready, New York, it’s time to get crunching.