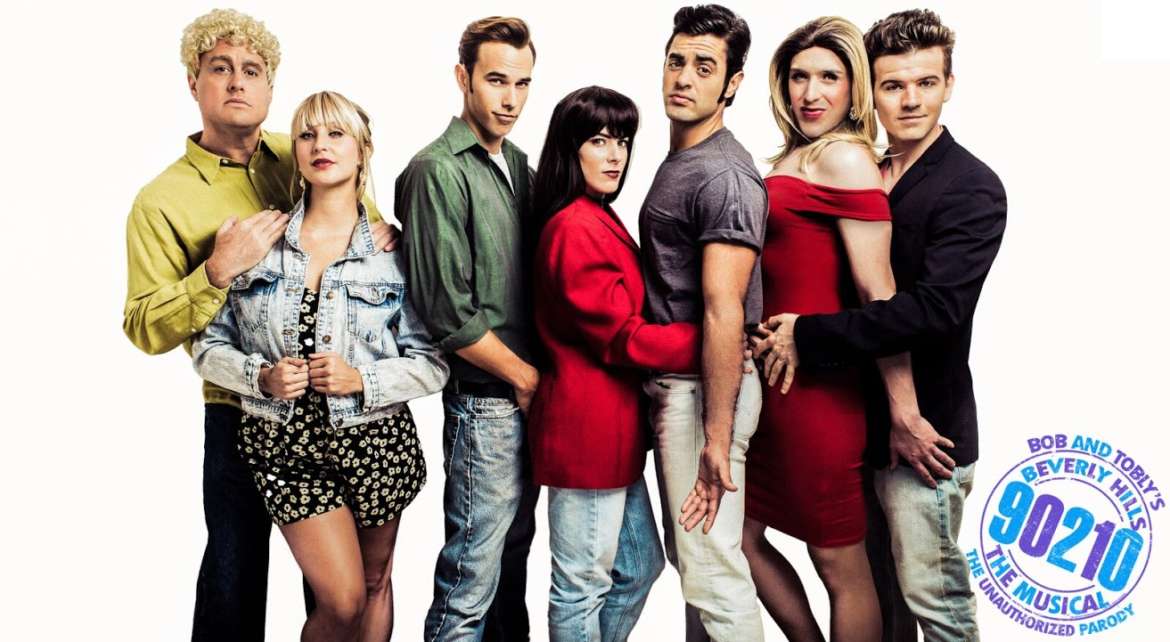 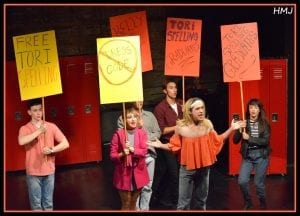 Welcome to the Peach Pit, everybody, at Bob and Tobly’s Beverly Hills 90210: The Musical, now playing through September 17 at the Water Tower Place Broadway Playhouse. This hysterical romp through eight seasons of this popular ’90s TV show brings the audience back to a much lighter era, before cell phones, the internet and social media. As my daughter shared with me, everything that happened on the stage, actually happened on the show.

The whole gang is here, including Brandon and Brenda Walsh, Dylan McKay, Kelly Taylor, Steve “Sharknado” Sanders, David Silver, Tori Spelling, and special guest, Emily Valentine. Yes, you’ll hear language and see antics that would never have appeared on the show back then.

The show features an original score that includes, “The Ballad of Andrea Zuckerman,” “We Are Drama Zombies,” and “Will Tori Spelling Graduate?” After playing Off-Broadway, this comedy comes to Chicago chock-full of drama – and laughs. 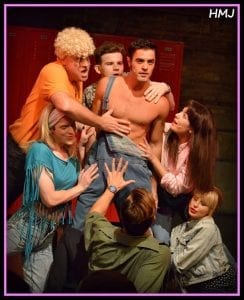 Ana Marcu as Brenda Walsh and others is perfect with loud, powerful vocals. She even looks like Brenda. Seth Blum is hysterical as he dons different wigs and takes on a variety of characters, both male and female. But it’s Caleb Dehne as Donna Martin who steals the show with his improv performance of the ditzy star.

90210 was innovative TV, dealing with teenage angst and their issues back in the day. Years later, it paved the way for “Glee,” which also dealt with more of the same. But it also makes you realize the universality of those high school years. All anyone ever wanted was to be accepted for who they were. And 90210: The Musical still rings true with lots more laughs!

The show is produced by Broadway In Chicago, now in its 17th year. The theatre is located at 175 East Chestnut in Chicago. For tickets, call 800-775-2000 or visit BroadwayInChicago.com