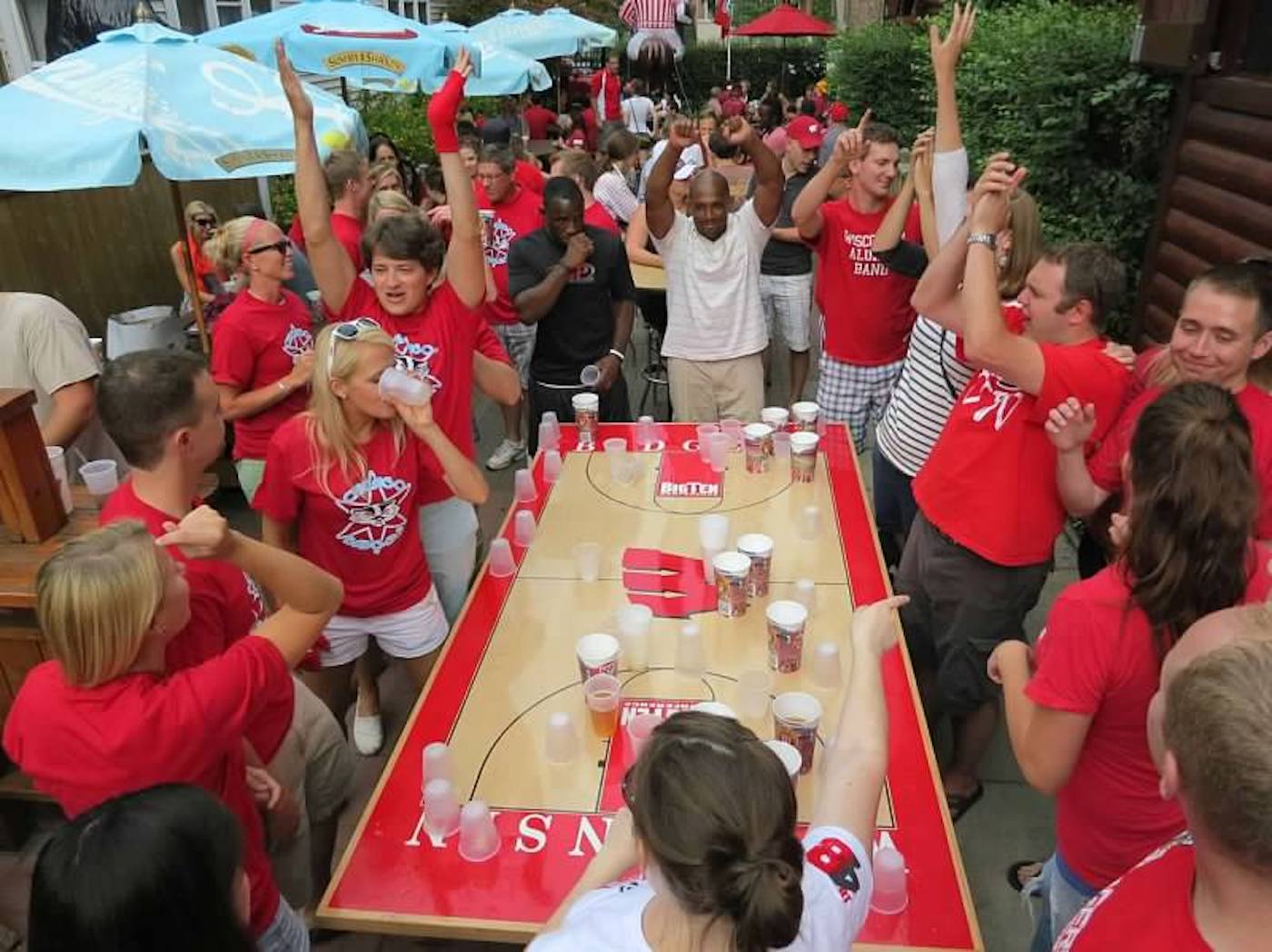 After a one-year hiatus from the sporting world the NCAA Tournament returns to our lives this March with the 68-team tournament tipping off officially Thursday, March 18th and the first round of games on March 19th. As the most popular sporting event in the world gears up for its triumphant return, Chicago’s bars will open their doors even wider to fans and alumni of each of the represented teams.

Loyola-Chicago will be largely represented with watering holes in Rogers Park, and all of nine Big Ten schools in the tournament have their colors flying in numerous locations around Chicagoland. We deliver to you the best Big Ten bars in Chicago to watch your favorite Big Ten team on the opening weekend of the 2021 NCAA Tournament.

There are a plethora of Wisconsin Badgers bars in Chicago, especially on the North Side but none more iconic than Will’s Northwoods Inn. So grab a pint and some cheese curds and head north on Racine to watch the Badgers square off against the North Carolina Tar Heels on Friday night.

Fireplace Inn is much more than a watering hole for Purdue fans, it’s a bar you can comfortably watch the entire tournament at. However, for the Boilermakers’ opening round game against North Texas, this Old Town place will be ground zero for an intense 4-13 matchup Friday night.

In terms of things Chicago “Best Of’s…” you take to your grave, Bird’s Nest having the best wings in Chicago is one of them. It’s also an Illinois bar that prides itself on repping the home state vibrantly. Illinois begins their journey to the Final Four on Friday afternoon against Drexel.

The Michigan Wolverines have a legitimate shot at a National Title with Juwan Howard on the sideline. They’ll begin their tournament against Texas Southern on Saturday afternoon with the hopes of cutting down the nets for the first time since Howard was there as a player.

Maryland enters the tournament as a 10-seed after being bounced by Michigan in the Big Ten tournament. Those looking to enjoy Terps basketball in Chicago can head to George Street Pub and get as rowdy as Mark Turgeon when he’s losing while watching Maryland vs the UConn Huskies.

A post shared by Clover Sports and Leisure (@cloverchicago)

Clover is great because if you want a few beers before a nice dinner at La Scarola, or The Dawson, or Piccolo Sogno; then Clover is for you. A great atmosphere with darts and multiple bar areas to watch your Iowa Hawkeyes right in the heart of River West.

When it comes to Big Ten schools Rutgers is still the stepchild people don’t fully accept into the fraternity. However, Derno’s on Diversey is the go-to spot for any Scarlet Knights fan to watch outside of Piscataway.

Ohio State has a massive alumni presence in Chicago but the Lincoln Park tavern that houses the Buckeyes faithful stands above the rest. McGee’s on Websters down the street from DePaul is an Irish spot with deep Ohio State roots and a ton of TVs to watch the games.