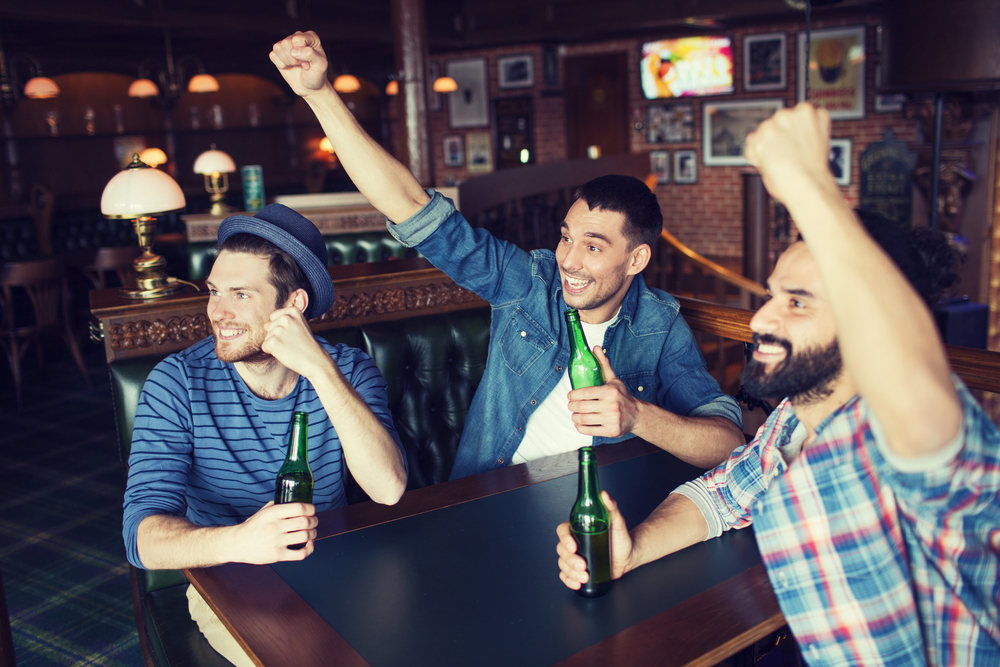 The Best Bars for Trivia Night in Chicago

Event agency Whaddayaknow hosts this popular trivia night at this North Center neighborhood joint. Starting at 8pm, specials include $4 Blue Moon and “Beer of The Day” pints, as well as $2.50 tacos.

Get ready! This is one of the most popular trivia nights offered in the city. Grab your crew and head over to Kirkwood at 8pm for challenging Brain Bash trivia. Winners can claim cash prizes. The best specials include $10 burgers and beer deal, $3.50 Angry Orchard and Sam Adams seasonal drafts.

Are you a dedicated trivia savant? Make your way to Logan Square for a prize-winning trivia night. The highest scoring team for the month can receive a HUGE $250 Visa card grand prize. Smaller prizes include shots and drink vouchers. Trivia begins at 8pm.

Meander to this West Town bar for Brain Sportz trivia. Test your knowledge of all things sports related. Specials include $2.00 beef, chicken and fish tacos, $4 flavored vodka and $1 off all draft beers. Trivia starts at 8pm.

Not feeling like your brainpower is challenged enough? Crowned as one of Chicago’s most challenging trivia nights, test your skills with quirky questions and equally outrageous categories that can stumble the likes of Ken Jennings. Famously hosted by “Quizmaster” Dave, trivia begins at 8pm with specials including $4 Estrella Damm, $5 Belhaven, $1 off Flying Dog.

Work Hard. Play Harder. Considered the OG of trivia nights, grab your friends and compete to win both bragging rights and incredible prizes. The top two teams can receive up to $1,000 in cash prizes and over $1,200 in raffle prizes. Booze specials begin with trivia at 8pm and include $5 Fireball shots, $12 & $18 rotating pitchers, $13.50 pitchers of Miller Lite and $18.50 pitchers of 312 and Blue Moon.

Feeling a little mischievous? Show off your sexual prowess and impress your friends and romantic partner(s) at Waterhouse’s trivia night. Kinky specials include $3 Corona Light drafts, $5 flavored mojitos and $6 salads and wraps. Trivia starts at 8:30pm.

What’s better then $5 burgers and live trivia? $25 gift certificates are awarded to the winning teams(s), which can be applied to food and beer specials. Specials start at 5pm.

This North Side bar hosts a laid-back, less competitive trivia game. Trivia begins at 9pm but get there early for the free 8:30pm wings/food buffet. Other specials include $10 Miller Lite and Bud Light pitchers, and $4 well drinks. Prizes are of the booze variety, including free shots and pitchers.

Trust me when we say, this is a trivia night you’ll want to attend. Prizes include Bears, Cubs, White Sox, Bulls, concert tickets, gift cards and more. Drink $3 Blue Moon drafts and $4 Fireball shots while you play. Specials and trivia begin at 7pm.

Interested in a fun but challenging trivia game? Head to Kincade’s for $5 jumbo wing baskets and $10 domestic pitchers. Game starts at 8pm.

Couldn’t get enough trivia during the week? Want the party to continue into the weekend? Head to Wrigleyville at 7pm when the Cubs are away for a chance to win cash prizes. Deals include $1 tacos, 50-cent wings and drink packages.

Come on… your brain needs a break.

If the weekend hasn’t worn you out and you want to warm up your brain for the week ahead, head to The Barrelhouse Flat. Play to win gift cards, drink prizes and (occasionally) bottles of liquor. There are TONS of drink specials starting with the game at 7pm: $8 mules, $8 daiquiris, $8 margaritas, $8 Old Fashioned cocktails, $5 fried pickles and $8 Currywurst.

Want a definitive list of ALL trivia nights? Event/Trivia hosts like Pub Trivia, Whaddayaknow and Chicago Hearts Trivia all have events dedicated to trivia lovers all week.

Rae-Claire's unearthly obsession with music began when she was a toddler, sitting on her basement shag rug listening to her dad's records. Now with a BA in journalism and creative writing under her belt, both her love of writing and music is utilized to inform the great city of Chicago about all the great music and entertainment happenings currently taking place. Ask her about the numerous successes and failures of her concert crashing college days, and her excessive music library. When she is not writing or playlist creating, you can find her with her feline Chloe reading classic fiction novels or creating excellent gluten-free meals.

View all posts by Rae-Claire Embree