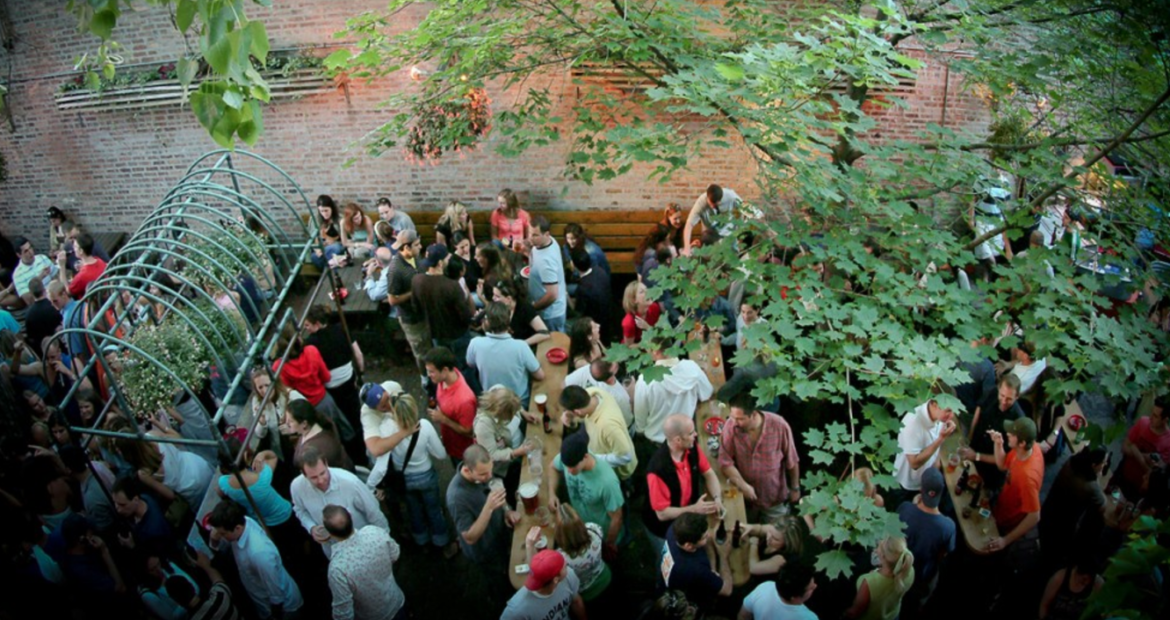 Patio season has officially begun and there are plenty of drinks to go around. Beer gardens may have begun in Germany, but Chicago has no shortage. Try these seven Chicago beer gardens this summer.

Visit this River North rooftop for drinks with a view. Between the skyline, wall paintings, and greenery, the scenery makes for the perfect photo op.

As city-dwellers, we may not always be able to see the stars, but we can sip sangria under the lights outside at Las Fuentes. No worries for those in the suburbs! Las Fuentes has locations in Alsip, Morton Grove, and Palos Hills in addition to Lincoln Park.

If BBQ and beer are what you’re looking for, Sheffield’s beer garden is the place for you! This is also the go-to beer garden on chilly nights thanks to their fireplace.

Is there anything better than pizza and beer? Yep, it’s enjoying them outside! Parlor has you covered with their West Loop beer garden.

In just a couple of days, the Miller Lite Beer Garden at Navy Pier will reopen for the season to serve beer, pizza, and more. The garden is open seven days a week through October, but check out the live music schedule to pick the best dates!

Happy Village brings new meaning to the term ‘neighborhood bar’. This one will really make you feel like you’re relaxing in the backyard. There’s even a goldfish pond! Yep, within walking distance of busy, Wicker Park bars on Division, you can chill at Happy Village’s beer garden and feel right at home.

At Halsted and (you guessed it!) George, George Street Pub offers over 50 craft and draft beer options. Bring Rover and Murphy along because dogs are allowed and encouraged at the beer garden (until 5 pm Fridays and Saturdays).