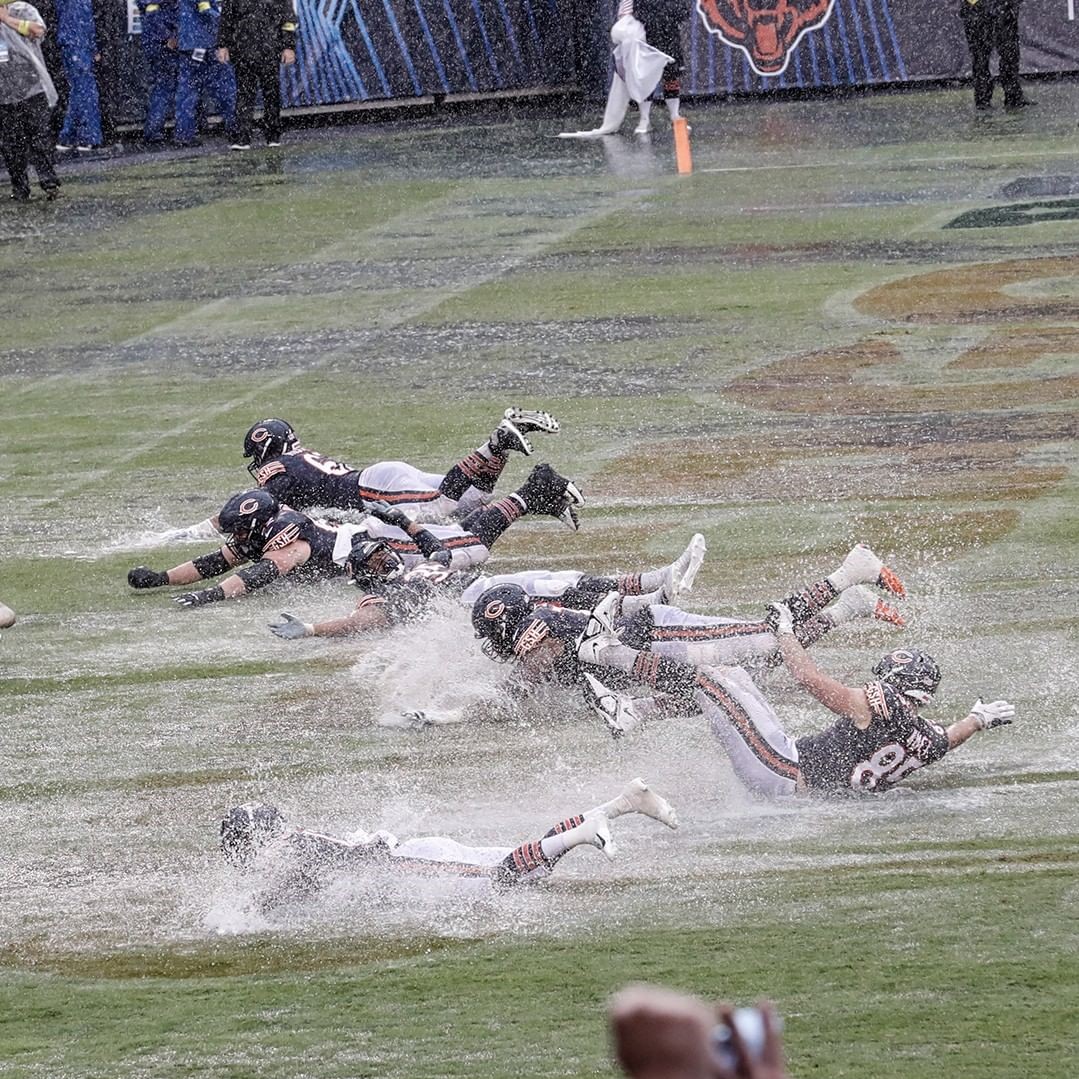 Bears Slip Away From 49ers Ahead Of SNF Showdown With Packers

With week one of the NFL season in the books, we think it’s pretty safe to say: the Chicago Bears are back! Alright, we’re kidding of course. They’re not all the way back after winning a single game. However, if they can pull off the Sunday Night Football upset with the Bears vs Packers matchup up next, we might just change our tune.

Regardless, after taking down the 49ers in their season opener, it’s safe to say they’re on the right track with the new regime.

Speaking of the new regime, it’s pretty evident that they played a big part in last Sunday’s victory. The HITS mentality of Matt Eberflus enabled the defense to apply pressure throughout the contest. For those who aren’t familiar with the term, “HITS” stands for: hustle, intensity, takeaways, (playing) smart.

Despite going down 10-0 early in the second half, the defense embodied HITS and managed to shutout Trey Lance and the rest of the 49ers offense for the remainder of the game. Both rookies and vets played their part. And after a few turnovers, all the 49ers momentum had washed away in the rain.

It wasn’t solely a defensive effort, obviously, as the Bears offense put up 19 points to complete the comeback. Justin Fields played about as well as you could ask a second-year quarterback to play when facing Nick Bosa in the middle of a monsoon during their first game back. When the 49ers defense pressured the Bears offensive line, Fields mimic’d the defense’s hustle by using his legs to extend plays and keep the ball moving. He ran for 28 yards on 11 carries, and completed 8/17 passes for another 121 yards and two scores.

After slippin’ and slidin’ their way to the dub, the next matchup on the schedule is one we’re all too familiar with: the Bears vs Packers. Our first showdown against Aaron Rodgers and the rest of the cheese heads takes place on the big stage this week with some SNF action!

Given that it’s the 204th time they’ll face each other, this next Bears vs Packers matchup takes place during the primetime Sunday night slot in week two.

Last Sunday’s season opener didn’t go as well for our rivals as it did for us. In the Packers’ week one NFC North showdown against the Vikings, both the offense and defense failed to get much of anything going as the team lost 23-7. It was Rodgers first game without Davante Adams in quite some time, and it sure showed. Through four quarters of play, no discount double-check celebrations occured. Rodgers stat line for the game saw him complete 22 of his 34 passes for 195 yards and an interception. The team’s only points came on an AJ Dillion touchdown run. Yikes.

If he’s going to own us, like… f***ing own us, as he claims to, then big boy Rodgers will have to show us he can make non-Davante Adams receivers successful when he throws the ball their way. It’s easier said than done, and the drops certainly don’t help. Nor are they Rodgers’ fault.

Plus, with the momentum the Bears have going for them, it’s likely that our secondary makes things challenging for the Packers receivers come Sunday night. And we sure hope that’s the case, because currently, the cheese heads are 10 point favorites over our guys for this Bears vs Packers game.

It’s a little funny seeing that spread though, because it means oddsmakers think the Packers are capable of even putting up 10 points to begin with. Guess we’ll just have to wait and see come Sunday night.