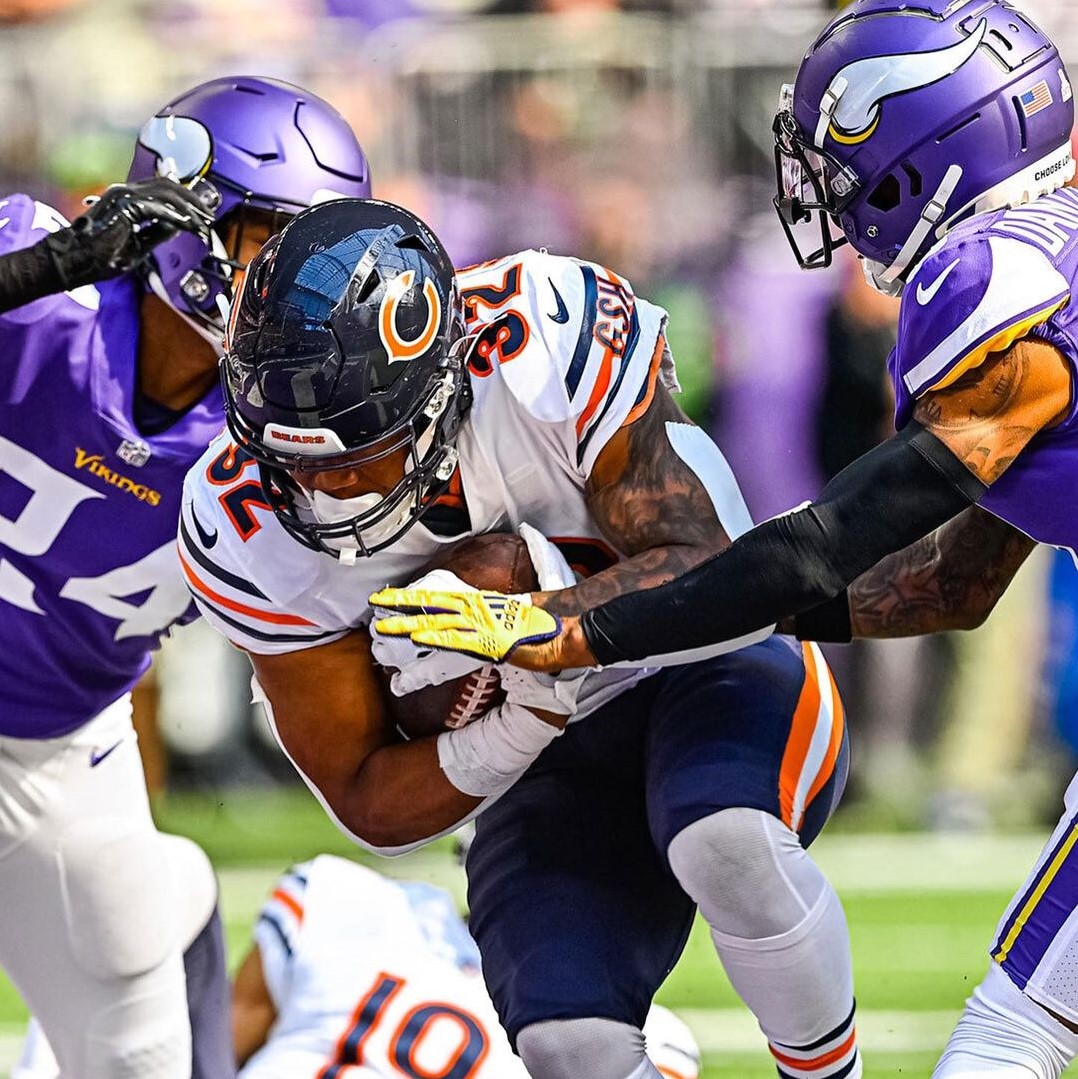 After five weeks of play, the Chicago Bears hold the 3rd spot in the NFC North standings.

In all honesty, that’s about right where we’d expect them to be. It’s not hard to see that the Vikings are the top team in the conference, followed by the Packers and Bears, with the Lions at the bottom. Although, to be fair, the Detroit Lions are no slouch of a football team, and you could realistically shuffle the bottom two teams around on any given day. The Bears can beat the Lions, the Lions can beat the Bears, and they can both perform about the same against the rest of the league. But we’ll digress.

So how exactly did the Bears get to third place in the NFC North standings to start their 22-23’ season? Let’s find out!

Not to be a biased fan, but there hasn’t been anything that’s gone too catastrophically wrong through the first five games.

And that’s not to say there haven’t been any negatives either. Our passing game, for starters, is the worst in the league. As of now, Justin Fields currently ranks 32nd in passing yards per game, 31st in completion percentage, and 31st in passer rating among qualified quarterbacks. Oh, and he’s 32nd in total pass attempts in general.

But what’d you really expect? How much can we seriously credit last year’s play towards progress on Fields development? If anything, he should be expected to take a step-back a bit given all the coaching and system changes from the offseason.

Enough of the offense though. On defense, there have been a few errors too. One big one occurred last week against the Vikings.

On a third-and-goal at the 1 yard line, linebacker Roquan Smith missed a tackle on receiver Jalen Reagor that led to a score. Smith knows he made a mistake too, and has owned up to it since. But, if the team’s offense is going to be one-dimensional for the most part, then the defense will need to minimize errors like those where they can help it.

The running game obviously. With 787 rushing yards so far this year, the team ranks fifth in the league in that stat category. Given that they’re only 13 yards shy of the Eagles who have a dual-threat rushing phenom of a quarterback in Jalen Hurts, that’s a pretty impressive metric. Plus, the Bears didn’t have David Montgomery for one game. AND, most teams know they’re going to opt to run the ball more, making they’re success on the ground that much better.

Aside from rushing the ball, another thing that has gone somewhat well for the Bears is the progress Justin Fields made last week. Obviously, one week of a strong performance doesn’t mean he’s ready to be the face of the franchise for the next decade. But, after four games of tune-up with this brand new system, Fields played pretty well against the Vikings.

Yes, we know the Bears lost that one (something that certainly didn’t help them in the NFC North standings). But, when you look at the stat sheet, it was Fields’ best game passing by far. It was the first game this season he’s thrown for over 200 yards, completed more than 64% of his passes, and had a QBR higher than 56. So yeah, we’ll certainly take it.

Only time will tell to see if Fields can build upon his successes against the Vikings and continue to grow as an NFL quarterback. The only way he’ll get better is by stepping out on the field and playing. And with that comes positive outcomes to build on, and negative outcomes to learn from. He’s young and he’s in his second season, both the positives and negatives will happen, and we can’t be naïve enough to think it’ll be more good than bad.

What Should We Expect Next?

Hopefully, if all goes well, our minimum expectation should be seeing more progress out of Fields like we did last week. On top of Fields’ growth though, we should also expect the defense to begin to clean up their play and improve across the board as they get more time together under their new system. Both outcomes would bode well for the Bears future.

Do we think they’ll turn things around and climb the NFC North standings to the top?

Now, that’s not to say they can’t make some headway and surpass the Packers, and that would be quite the accomplishment for the team. Living as a Bears fan teaches you to keep your expectations in check though. And, as much as we hate to say it, we don’t expect them to light up the league in weeks to come. Realistically, we could see the Bears securing another five or six wins given the schedule ahead of them. Some wins might not come against the best of opponents, but a win’s a win if you ask us.

On the topic of the Bears winning, they could get at it pretty soon. Next up on the team’s schedule is a Thursday Night Football primetime showdown against the Washington Commanders.

Recently, Commanders coach, Ron Rivera, made headlines when he said that Carson Wentz was the reason they were 1-4. He didn’t explicitly call out Wentz by name, but when a reporter asks you to give a reason for your record, and all you say is, “Quarterback”, it doesn’t sound the best.

If anything, that comment ahead of TNF should bring down the Commanders’ morale, which is something that would serve the Bears well. At the end of the day though, we can only hope this TNF game is better than some of the other ones we’ve had to sit through this season…