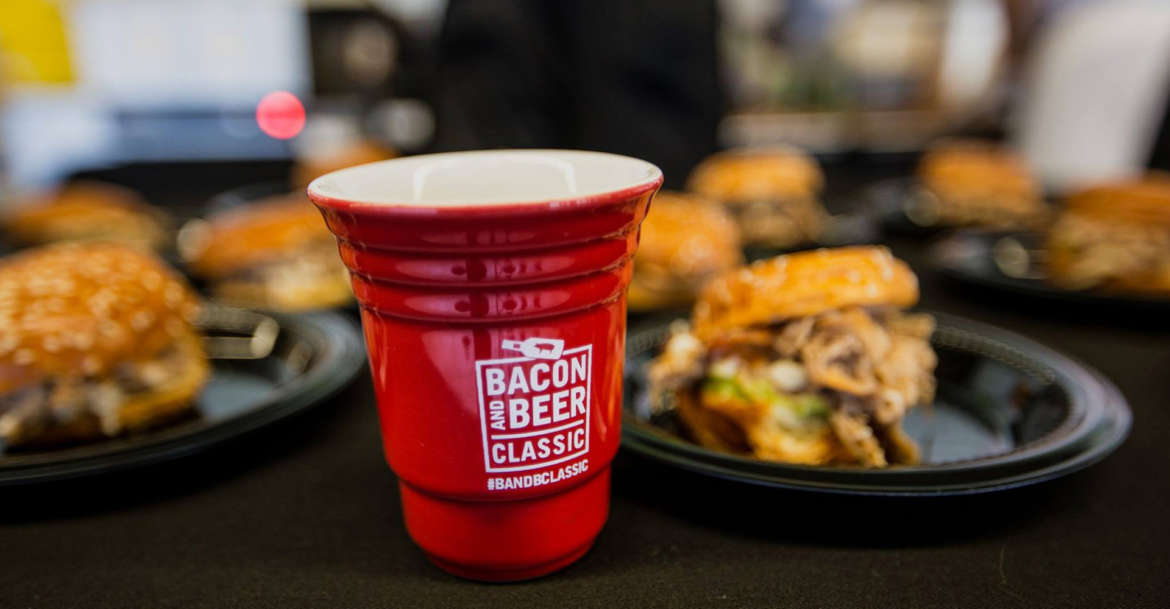 This Fall, Bacon and Beer All Day at Soldier Field

“A heart-stopping event in more ways than one.”

That’s how Derrick Petersen of Edible Magazine describes the annual Bacon and Beer Classic. From city to city, there are so many festivals with sickeningly good food, but we have to say, we’re always the most excited for this one. We’ve been salivating for months.

Featuring over 50 bacon-infused dishes from local restaurants and over 100 craft beer and cider options from local and regional breweries, all set inside the most famous sports stadiums in the country, this tour might just be heaven on Earth.

So put your game faces on, folks. Join us in this holy union of bacon and beer on October 1. We’ve got no objections. 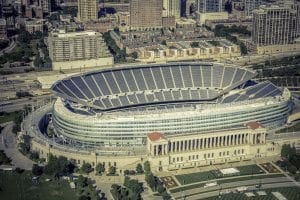 The Chicago edition of the Bacon and Beer Classic is taking place at Soldier Field, home of Da Bears. It’s only fitting that an event this serious about eatin’ and drinkin’ is held at a world-class stadium. Leave this to the professionals.

There are multiple parking garages, both near the field and around the Museum Campus. You can pre-pay for parking on the Soldier Field website. Don’t forget, ride sharing is always an affordable option. If you’re taking public transit, take the Red, Green, or Orange line to the Roosevelt stop and walk a few blocks there, or take the #128 Soldier Field Express bus.

Tickets for the event range in price from $59 for general admission to $89 for VIP. Attendees must be 21 or over and have to bring printed or mobile tickets and an ID to be allowed entry. Pets, large cameras, outside food or drinks, fireworks, folding chairs, and coolers are prohibited items. The event will take place rain or shine and attendees will not be allowed to re-enter upon leave. 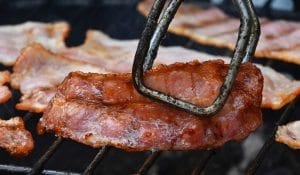 Other than stuffing your face with copious amounts of bacon and beer, the event also hosts some pretty cool activities. Compete in a giant Jenga game or bungee run, take selfies with bacon in-hand at the photo booth, or proclaim your eternal love of bacon and beer with themed temporary tattoos. If you’ve got what it takes, go head to head with other pork lovers in a bacon-eating contest. After you’ve sampled the eats, make sure to vote for your favorite dish.

We recommended picking up some Bacon and Beer Classic merch with motivational phrasing, like “Life’s too short to be a vegetarian.” That’s the spirit. Otherwise, since you’ll be in Bears territory, sport your favorite hometown jersey and you’ll fit right in. Keep your nicer clothing items at home, wouldn’t want them to get ruined since you’ll probably be lathered up in bacon grease.

Are you prepared for the Bacon and Beer Classic? Tell us your gameplan below.