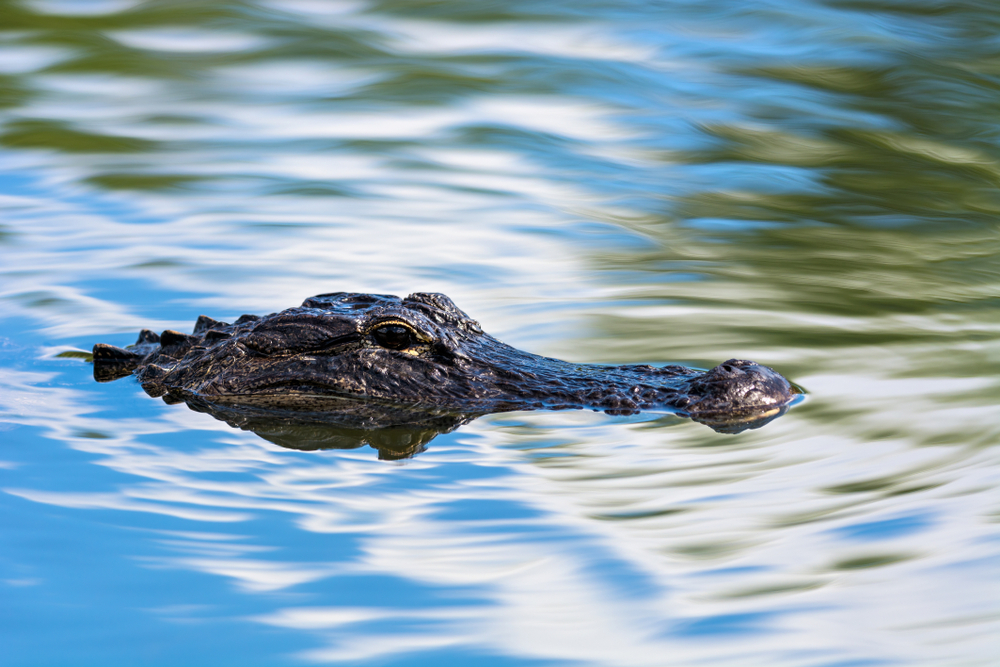 It has come to our attention that an actual alligator has taken refuge in the Humboldt Park lagoon and, thus, this summer is officially known as the era of the Humboldt Gator.

The 4-to-5-foot gator was first spotted in the lagoon on Tuesday and has since evaded capture. While no one knows exactly how it got there, both the Brookfield Zoo and the Lincoln Park Zoo have confirmed the gator did not escape from their parks.

Chicago locals banded together on Twitter and collectively named the already famous gator Chance the Snapper, a tribute to our favorite Southside rapper. Lil Chano himself fully embraced the name online.

Just landed and found out I gotta alligator

Alongside Chicago police, Chicago Animal Care and Control, and the Illinois Conservation Police doing as much as they can, officials enlisted a legendary match for the reptile aptly named “Alligator Bob,” a local volunteer wrangler from the Chicago Herpetological Society. Alligator Bob set traps filled with chicken, fish, and rats for the gator and has tirelessly circled the lagoon by canoe for the past three days. #OurHero

And just look at him. What a sweetheart.

The goal is safe and humane capture, as well as relocation to a zoo for veterinary evaluation. The gator is likely scared and could die if left alone in this unfamiliar environment.

Rescue parties have brought in drones to help survey the area from above while crowds of bystanders camp out along the shore to catch a glimpse of the gator. Even Chicago celebrities like Benny the Bull have made an appearance.

Our friends at Block Club Chicago tweeted a poll on Wednesday to decide the name of the gator, where Chance the Snapper won by an overwhelming majority.

Since then, the Humboldt Gator has found a way to infiltrate social media with their own Twitter account.

“free things to do in Chicago” https://t.co/dIZOR8M88q

Alligator Bob has also stated that we don’t yet know the gator’s sex or sexual preference, so UrbanMatter is decidedly using they/them pronouns to refer to Chance the Snapper.

Some people are more excited about Alligator Bob than the actual gator, as the man has become somewhat of a local hero in the past few days. @ChanceDeSnapper seems a little salty about it though.

Warning signs have been placed around the lagoon warning people to stay away from tall grass and from wading into the water. And Twitter is just having a field day. Almost all of the signs have been stolen overnight every night.

Even Revolution Brewing weighed in on the hunt, claiming dibs on the name of their next beer: Humboldt Gator.

At the end of all this, the rest of the summer may pale in comparison. We’re hoping Alligator Bob can safely capture and release this beautiful creature. Long live the Humboldt Park Gator.

Years from now, to the grandkids I won't have cause you have to have kids first:
Did I ever tell you about the time there was an alligator in Humboldt Park?

No!! Did it terrorise the city? Was anyone bitten or killed? What happened to it?

We named it Chance the Snapper.

*note that the featured image is NOT an actual photo of Chance the Snapper. That gator is damn good at avoiding the paparazzi.

Coronavirus in Chicago Latest News: Restrictions to Ease in Chicago on October 1st

Most Expensive Home in Chicago Currently on the Market