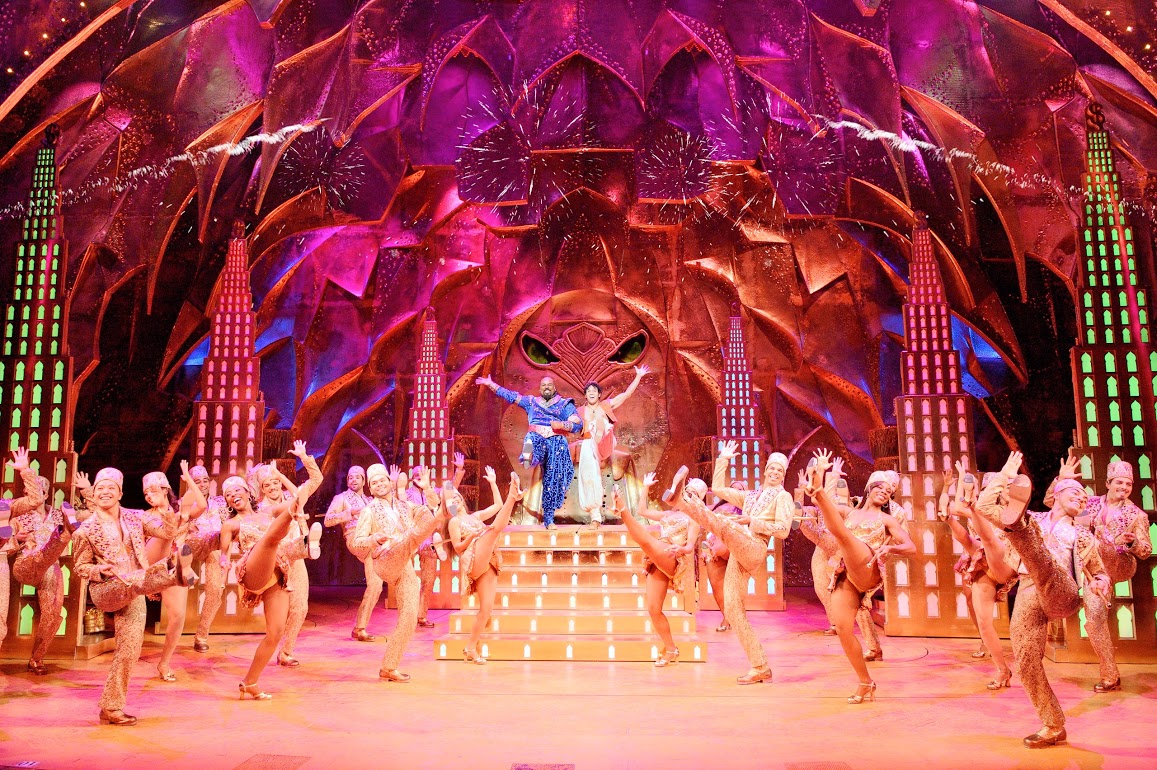 Aladdin Flies in to Chicago On a Magic Carpet!

Chicago’s wish has been granted with an all-new production of Aladdin, now playing at the Cadillac Palace Theatre through September 10, and it is FABULOUS! Audiences will be blown away by the over-the-top sets, gorgeous costumes, thrilling choreography and special effects. Of course, there’s the glorious music by Tony winner Alan Menken (Beauty and the Beast, Newsies, Sister Act) and lyrics by two-time Oscar winner Howard Ashman (Beauty and the Beast, The Little Mermaid), including “A Whole New World.” 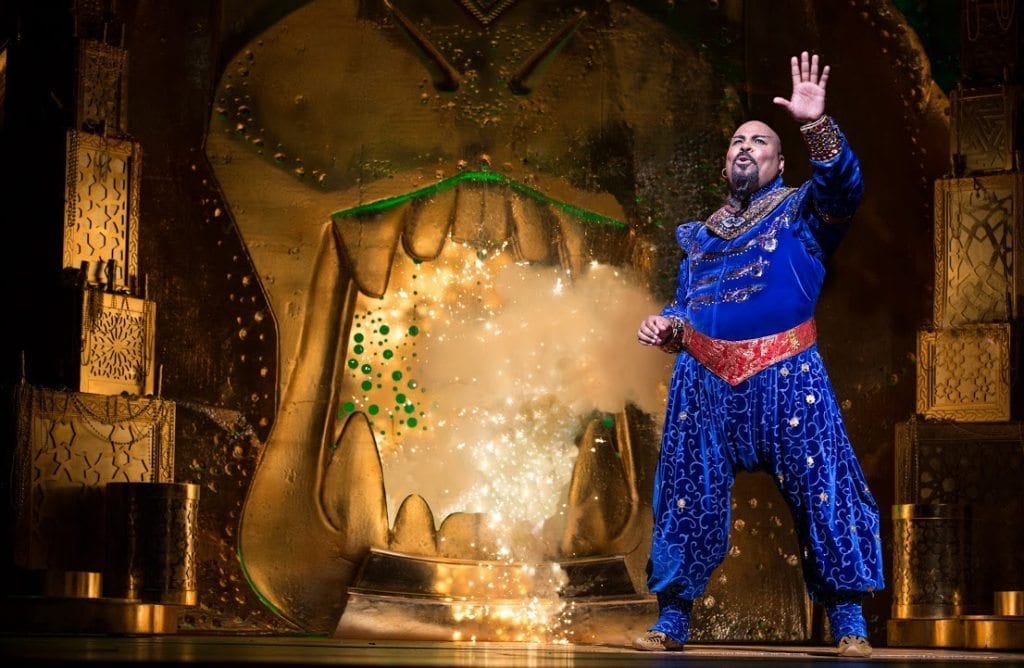 Disney Theatrical Productions knows how to create a show that’s perfect family entertainment and Aladdin will delight audiences of all ages. Little girls (and big girls, too) came dressed in costume in anticipation of this timeless tale. Adapted from the 1992 Academy Award-winning Disney animated film and centuries-old folklore, Aladdin sweeps audiences into an exotic world of daring adventure, classic comedy, and timeless romance. Adam Jacobs, who originated the title role on Broadway, once again plays the iconic role and is excellent. Isabelle McCalla as Princess Jasmine is beautiful with a voice to match. But it’s Anthony Murphy as the Genie who steals the show with his antics, humor and dance moves. For the adults, listen carefully, the lines are really funny and you could miss them.

The show simply sparkles and shines so bright, you might want to bring sunglasses!