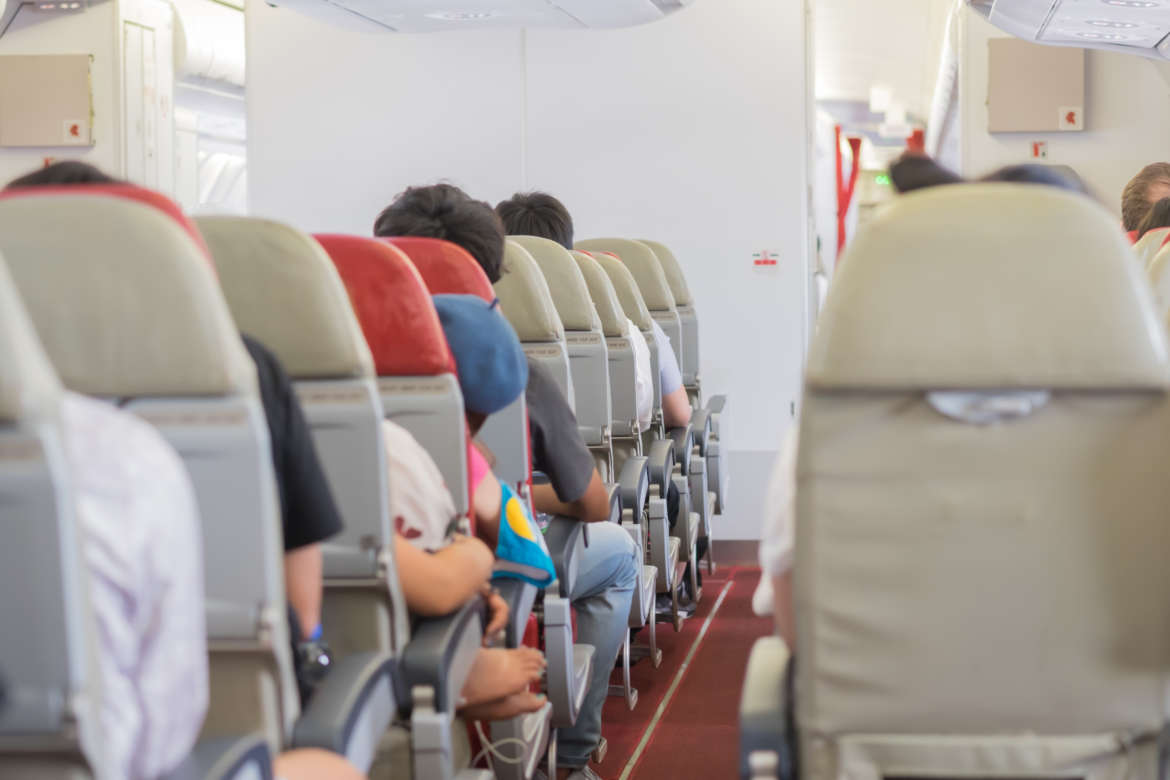 There was a time in the distant past when flying was a genteel activity. Passengers could sit around a table, talk to each other and play cards, or read in comfort.

As we said, that was the distant past.

Road rage on the highways has become as common as candidates in a debate screaming at each other. “Political Rage?”

Quite recently, a woman filed assault charges against the man in the seat behind her on a flight. She reclined the seat and he got annoyed. They were both sitting in the section not fondly referred to as “Cattle Class” where the pitch, the distance from your knees to the seat in front of you, has been reduced to micro-measurements.

He began tapping the seat. She never took the hint. He then pushed the seatback. Still no response. A video taken by another passenger showed her acting totally oblivious to the situation. He then became a bit more aggressive and started to pound the seatback. The video doesn’t show the result, but she ended up filing assault charges when they landed.

Now what he did really didn’t rise to the degree of what would commonly be called “assault.” But neither one took the opportunity to say: “Do you mind if I recline my seat a bit?” Nor: “Would you please raise your seat as I am cramped into this tiny space they’ve allotted me.”

In truth, most airlines don’t give a damn about passenger comfort in any section other than First or Business Class. Sure, they are paying huge premiums for better seating, meals, booze, and what-have-you. But that really is no reason to have cut the space between seatbacks from 35 inches to a mere 30 inches.

No idea what the outcome of this case will be, but we’ll try to keep you posted.

Not that long ago, a passenger was literally dragged off a plane by police for refusing to change his seat as ordered by the flight attendant who then called the cops. The video taken of the man, who was a physician and not ordinarily prone to fighting, showed his eyeglasses askew, a bleeding injury on his forehead, and other results of being physically forced and dragged from the seat.

What had caused this contretemps was the flight attendant telling him he was in the wrong seat and should move. He could have done so, but refused. She could have tried talking to him instead of demanding and calling the fuzz. He sued and won.

On a long, cross-country flight some time back, we were sitting in front of a woman with two children. The kids had just come from another long flight and were tired of being cooped up. The young girl behind me kept hitting the seatback, I turned to look several times and in each instance the mother simply looked at the cabin ceiling, ignoring me.

She was politely asked to please stop the child and made no effort to do so. The flight attendant was called and asked to assist. She came, looked at the situation and then walked away, doing nothing. They attempt to avoid any controversy and all too often simply ignore the issue, thus raising temperatures and “Air Rage.”

The airlines could take several steps to help alleviate such distressing situations. One, they could forfeit the extra row they’ve gained by jamming passengers into extremely uncomfortable spaces. Two, they could train flight attendants on methods of defusing potential conflict. Three, they could tell the offending parties that they will be banned from further flights on a particular airline for a set period of time.

But, you know what? That’ll never happen until there is a truly disastrous incident that compromises the safety of the aircraft and all of its passengers. But then it’ll be too late.