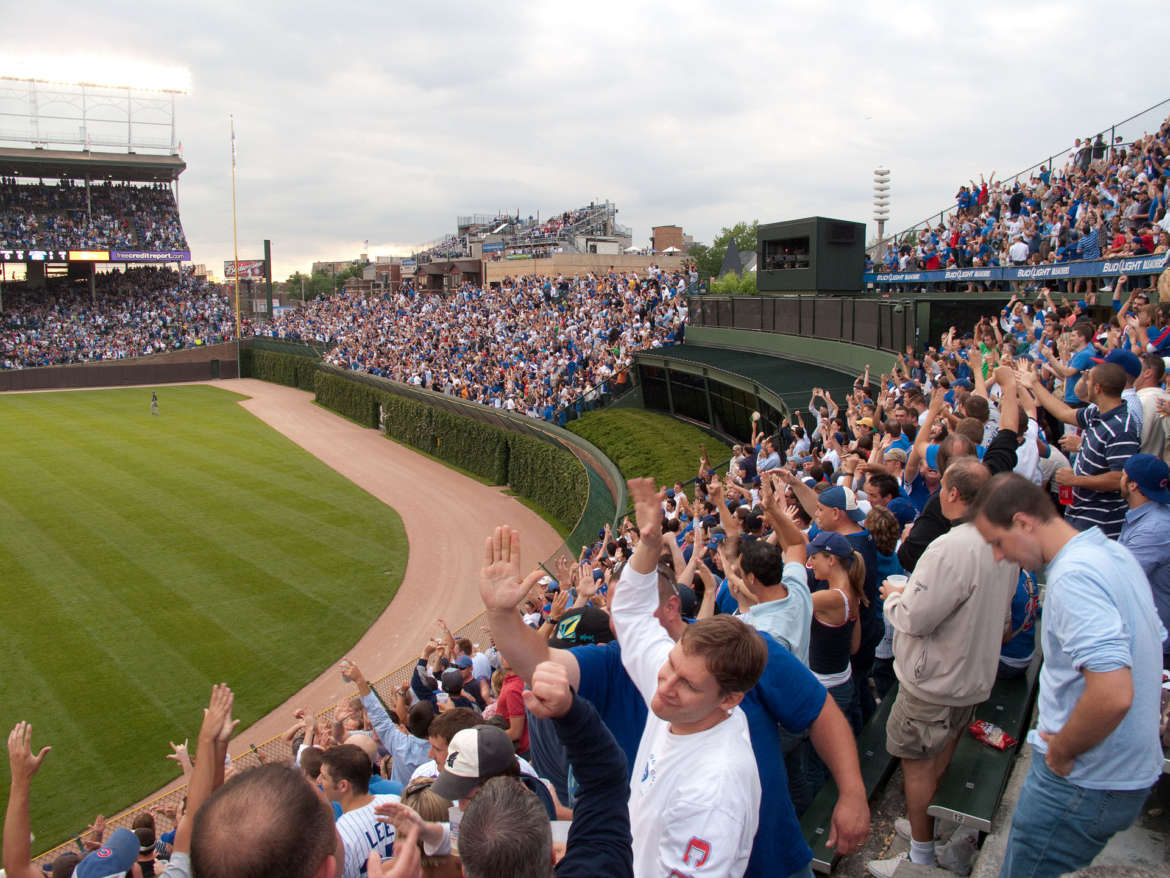 5 Chicago Sports Teams You Should Know About

Whether you’re visiting Chicago or you’re one of the locals, the main highlight of the city that you owe it to yourself to experience is the sports scene. Chicago’s many local teams have had an undeniable effect on the culture over the course of many years, and experiencing them up close is one of the best ways to expand your perspective on the city overall. So, to that end, we’re going to cover five of Chicago’s biggest and most important teams, and how you can enjoy them during a visit.

Soldier Field is regarded by many Chicago residents as one of the city’s standout landmarks, even without consideration of the NFL team that calls the stadium home. This gorgeous and imposing venue attracts not only sports fans, but also visitors who come to explore it on tours, or just catch a glimpse of it from the outside. Indeed, alongside the home of the next team on this list, Soldier Field is one of the most significant stadiums in the city.

The Chicago Bears, however, are iconic in their own right as well. Sports fans know them from their 1980s glory days, through famous figures like Mike Ditka and Brian Urlacher, and for their traditionally hard-nosed, defensive style of play. Non-sports fans may be familiar to some extent with the team’s culture (or a caricature of it at any rate) thanks to a famous SNL skit about “Da Bears.” So really, no matter who you are — a tourist looking into the venue, a fan looking to see a famous franchise, or just someone who used to chuckle at Da Bears — a Bears game can be an excellent Chicago experience.

The Cubs are one of two Major League Baseball teams in the city, and one of the most legendary clubs in the sport. These days, this is due, in part, to Wrigley Field, a famous old stadium best known for the ivy crawling along its outfield walls. However, the team itself is also well known — once upon a time, for being “cursed,” and more recently, for breaking a century-plus-long losing streak without a championship, capturing the World Series in 2016. Even today, blue-and-white “W” flags adorn parts of the city — the letter standing simply for itself in the phrase, “Cubs win.”

With the curse broken, the Cubs have become one of the best teams in baseball, and online sites posting sports odds are pegging them fairly consistently among the 2019 playoff contenders. They may not be favorites to grab another World Series just yet, but plenty are betting on them to be in the mix – which is further evidence of how much better things have gotten for the franchise. In other words, if you go to a Cubs game today, you don’t just get the history and sense of camaraderie that comes with such an old franchise; you also get good baseball.

Chicago’s other baseball team might not have the comeback story its crosstown rival does, but that doesn’t mean it’s not worth visiting while you’re in the Windy City. Quite the opposite, actually. The White Sox’s stadium, Guaranteed Rate Field, is located in an entirely different part of Chicago and has a completely different (and significantly more modern) look and feel to it. Visiting both Wrigley and this stadium for games is the perfect way to get an idea of the culture and excitement that goes into both teams, and how these things affect Chicago.

We might even venture to say that if you’re not a baseball fan, but merely someone looking for something fun to do on a nice day, the newer facility at Guaranteed Rate Field might be more appealing than the charming but less modern Wrigley. That said, the White Sox are currently a few years into a prolonged rebuilding effort that, if it works out, should see them rise to become one of the league’s more competitive teams in the next few years.

While most of the rest of the world has long championed the beauty and intrigue of soccer, most U.S.-based cities have only recently started to embrace the game as a major sport. Accordingly, Chicago’s Major League Soccer team, the Fire has also been growing into its own. If you want to get ahead of the curve regarding up-and-coming sports, take a trip down to the Fire’s SeatGeek Stadium to catch a match. After all, getting in on the sport now is sure to pay off in the future as soccer’s popularity really does seem to be growing in the U.S. this time. Seeing the Fire now, when soccer is still on the rise, could be a very cool thing to look back on if the sport is huge in another 10 or 20 years.

There’s no better team to end this article with than perhaps one of the most famous sports franchise of all time: the Chicago Bulls. Known the world over as the team of Michael Jordan, quite possibly the most revered basketball player of all time, the Bulls have a legacy too large and impactful on Chicago to contain in just one short paragraph. And while things are a bit different for the team these days (it’s well short of being a championship contender), you can still get a sense of the glory days by attending a game at the United Center. The team’s iconic introduction sequence, the sense of knowledge among the fans, and the Jordan jerseys that are still all over the place are like echoes of the past. Plus, if you happen to catch a bad game, you can always just keep a close eye on Benny the Bull! The team mascot is always up to one goofy stunt or another somewhere in the stadium.