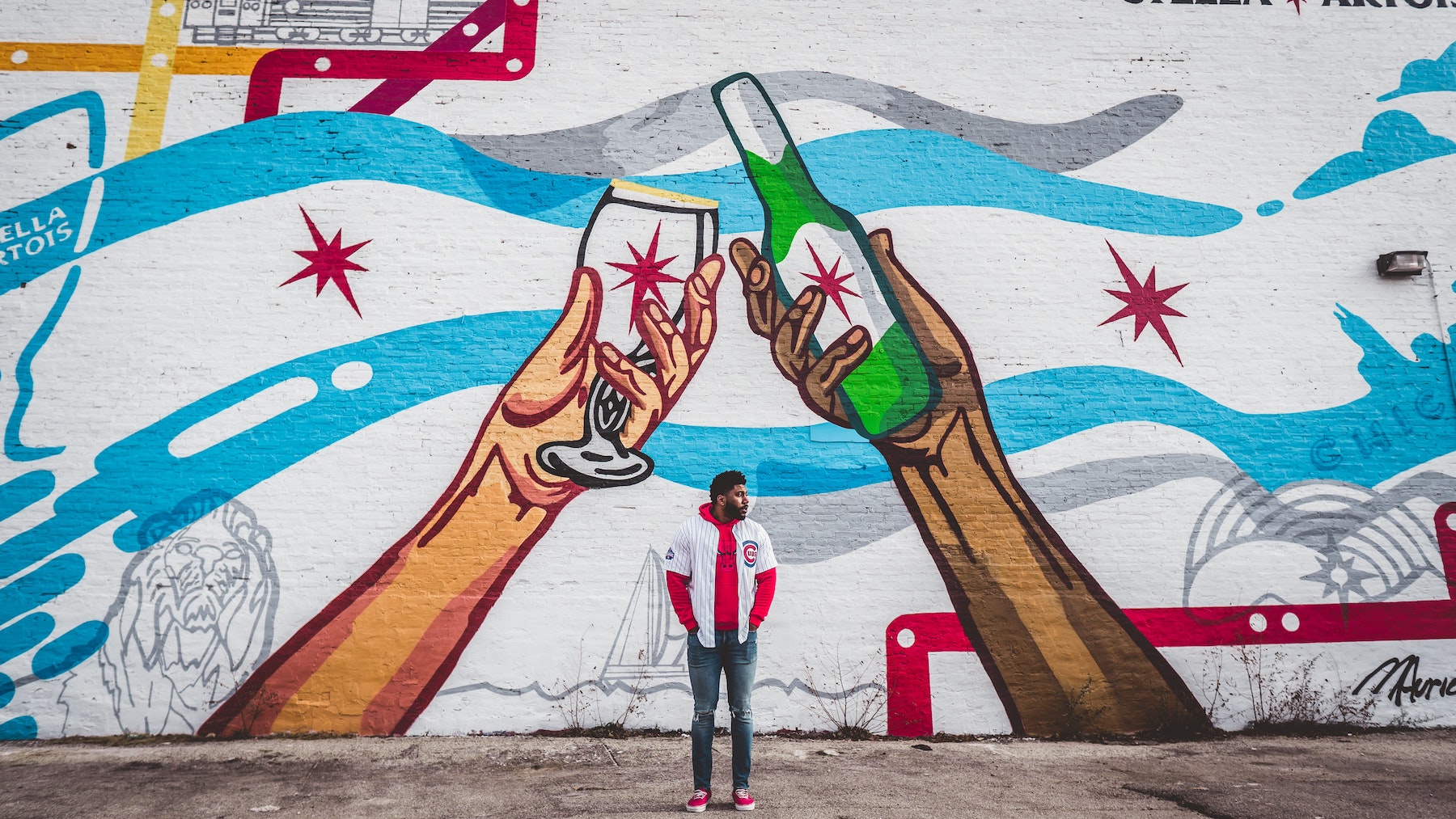 Chicago has plenty of public art; a lot of it appears in Millennium Park, or in other places downtown where visitors to the city tend to gravitate. Some public art, however, includes graffiti art and murals, and often speaks to a more complex and many-layered experience of living in Chicago— particularly when painted by artists from Chicago. Check out these 7 hometown hero street artists from Chicago.

Working in murals, character design, and “everything art” for the better part of a decade, JC Rivera has used his “Bear Champ” character in many of his works. The street artist uses this character to “express his concepts, journeys, and struggles to make it in the art world.”

Lauren Asta made the jump from smaller-scaled art (chiefly photography) to murals when inspiration hit her in the form of a blank wall at the brewery next door to her workplace in California. She moved to Chicago in 2016, and her more recent work includes a mural on an outside wall of Fulton Street Market.

Max Sansing is a street artist that was raised on the south side, and pursued graffiti art before later learning more about other media. His mural “New Frontiers, Same Old Nine” was one of two painted on a 79th Street building in South Shore in 2020.

The other mural painted on the aforementioned South Shore building is called “Joined as One,” and was created by Kayla Mahaffey. Also from the south side, Mahaffey creates murals that are bursting with color, and aims to “paint a beautiful picture of a new world.”

Chicago-born Ruben Aguirre works at “the intersection of abstract graffiti, formalism, and mural painting.” The public murals by this graffiti artist in Chicago are largely abstract, very colorful, and appear both indoors and outdoors all over the city.

Brenda “KOZMO” Lopez has been painting her signature “burger-flowers” all over town, blending childhood memories with a love of animated characters to create brightly-colored, cartoon-inspired murals. View the projects by this street artist in her home neighborhood of Little Village, in Back of the Yards, and other neighborhoods in Chicago.