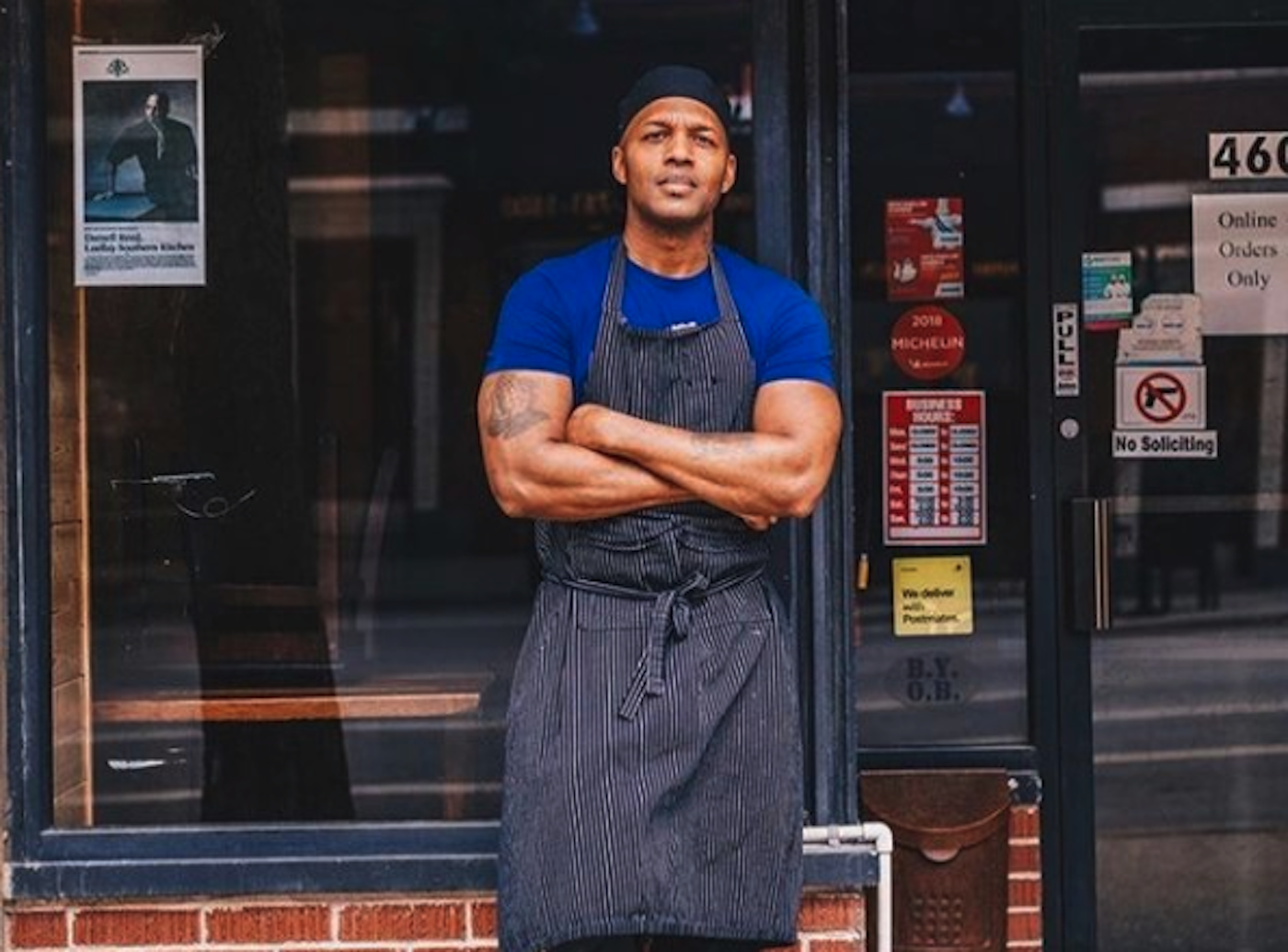 One of the best things about Chicago (claimed by residents and visitors alike) is its food. Not only is the quality of so many items offered by local restaurants great, but the breadth and variety of Chicago’s food landscape is unparalleled by most other cities. Who are the heroes responsible for these tongue-tickling creations? Who are the famous chefs whipping up these masterpieces? These are seven of the top chefs in Chicago right now and the restaurants they bless their talents with.

Erick Williams is a famous chef that owns and operates a restaurant in Chicago called Virtue. The menu “melds his background in fine dining and his love of southern cuisine.” Virtue serves delectable dinner menu items including BBQ pork steak, lemon chicken, and catfish. Every Friday, Virtue’s Black Expression Series invites patrons to enjoy dinner and wine during a Zoom discussion hosted by Black community leaders and innovators.

A chef and partner at the West Loop Italian restaurant, Grueneberg has been the driving culinary force behind the pastificio as it has received a growing list of awards and accolades since its opening in 2015. Try fresh, housemade Spaghetti, or some Tortelloni di Zucca.

Reed has traveled the world to expand his culinary horizons, but his “first love is food of the south.” Inspired by the recipes and methods of his great-grandmother Luella (who moved from Mississippi to Chicago in the 1940s), this top chef in Chicago created an amazing menu that is true to its southern roots, and includes items such as Chicken Gumbo, Shrimp and Grits, and Chicken and Waffles.

With a name inspired by Gaytán’s Mexican hometown Huitzuco, the French-technique-infused Mexican restaurant serves items like the Tzuco Burger— beef, Gruyère, Serrano peppers, and black truffle aioli are key ingredients in this culinary concoction of epic proportions. The inventive and hard-working Gaytán became the first Mexican chef to receive a Michelin star in 2013.

The top chef of seasonal Japanese restaurant Momotaro in Chicago grew up in a Japanese household in North Carolina, and in his practice remains “devoted to elevating Japanese cuisine while remaining authentically respectful of tradition.” Visit the Fulton Market District, where Momotaro’s menu includes Beef “Tsukune” Sliders, Mapo Tofu, and a vast selection of sushi and sashimi.

Born in Vietnam and raised just outside Washington, D.C., Dang brings a combination of true Vietnamese flavors and well-practiced, modern culinary techniques to his restaurant HaiSous. Those hungry for these lauded creations can visit this famous chef in Pilsen and can order items such as Chả Giò (an egg roll lettuce wrap), Cá Nướng Xả (roasted bass with lemongrass), and Vietnamese Rice Pudding.