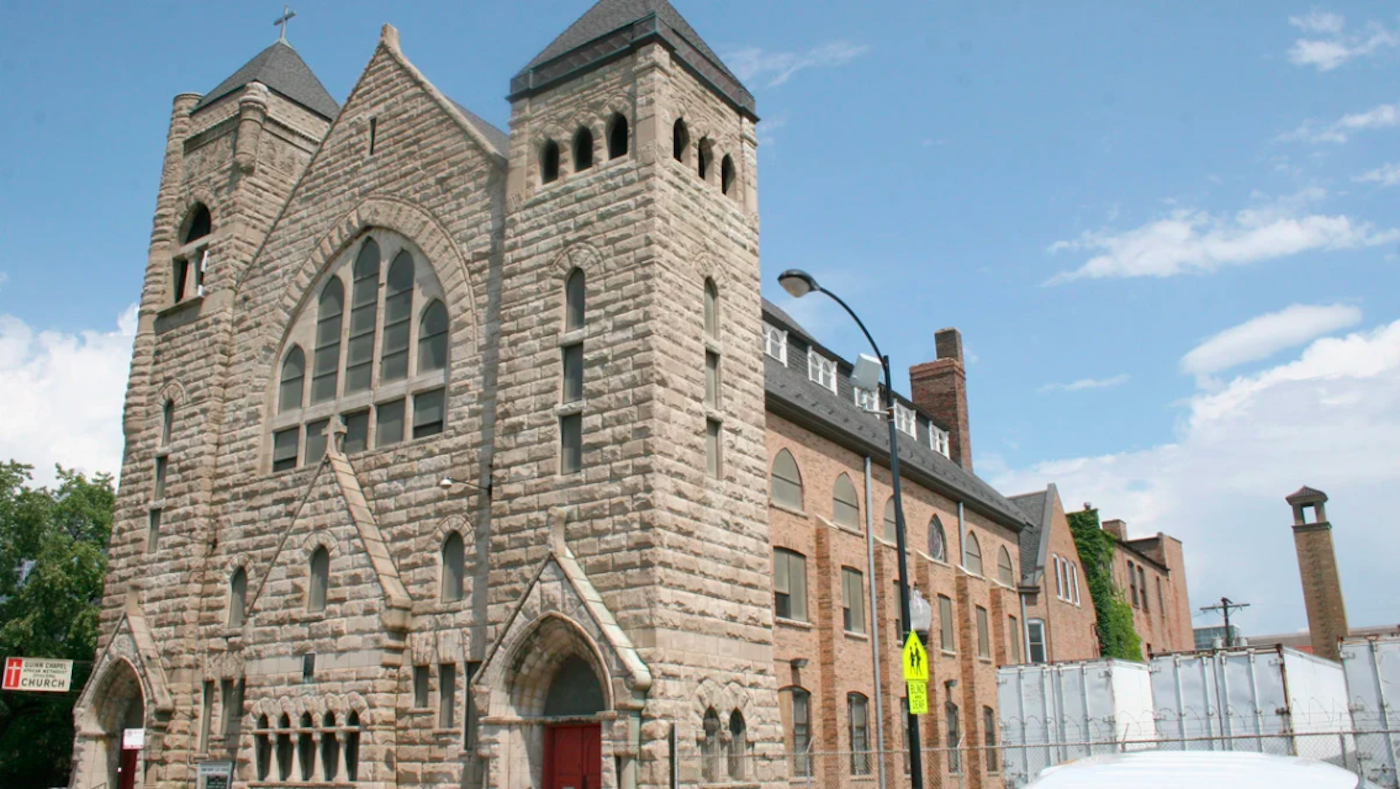 Though Chicago has a troubled past when it comes to embracing and celebrating its Black residents, there are clear markers of the ways in which people of the Black community have contributed enormously to this city— despite the obstacles placed in their path. These 5 famous landmarks of great cultural significance still stand, and serve as reminders of not only the Black history in Chicago, but the work that remains for all Chicagoans in the decades to come.

The Chicago Defender—a paper founded in 1905 and widely read particularly in the wake of the Great Migration— resided at a the former Jewish synagogue on Indiana Avenue from 1920 to 1960. The Defender continues in its mission to “cover the interests of the urban African American community with culturally relevant content not regularly serviced by mainstream media.”

Quinn Chapel, which is part of the African Methodist Episcopal Church, started as just a small prayer group in the mid-19th century. The original building was destroyed in the Great Chicago Fire, but in 1891 moved to a new location on Wabash, where it still stands today. This famous landmark in Chicago has an impressive history that includes a former life as an Underground Railroad station, as well as a visit from Martin Luther King, Jr.

The landmark of a group of Arts Craft Guild members in the 1930s, SSCAC works to “preserve, promote and progress Black artists and their work.” The group included (among many other luminaries) artist, writer, and organizer Margaret Taylor-Burroughs, who later would establish the DuSable Museum of African American History. Through a number of different community-oriented programs, SSCAC has lifted up the work of Black artists since 1940.

“[O]ne of the most highly regarded, influential, and widely read poets of 20th-century American poetry,” Gwendolyn Brooks was raised on the South Side of Chicago. Eventually, the Pulitzer prize-winner would move into this house on Evans Avenue (where she lived from 1953 to 1994) after a long personal battle against housing discrimination.

Established in Bronzeville in the 1940s and responsible for recording the music of legendary Black artists like Muddy Waters, Sonny Boy Williamson, Willie Dixon, and (later) Chuck Berry, Chess Records moved just south of the Loop on Michigan Avenue in the late 1950s, later becoming a famous landmark of Chicago and of blues music.