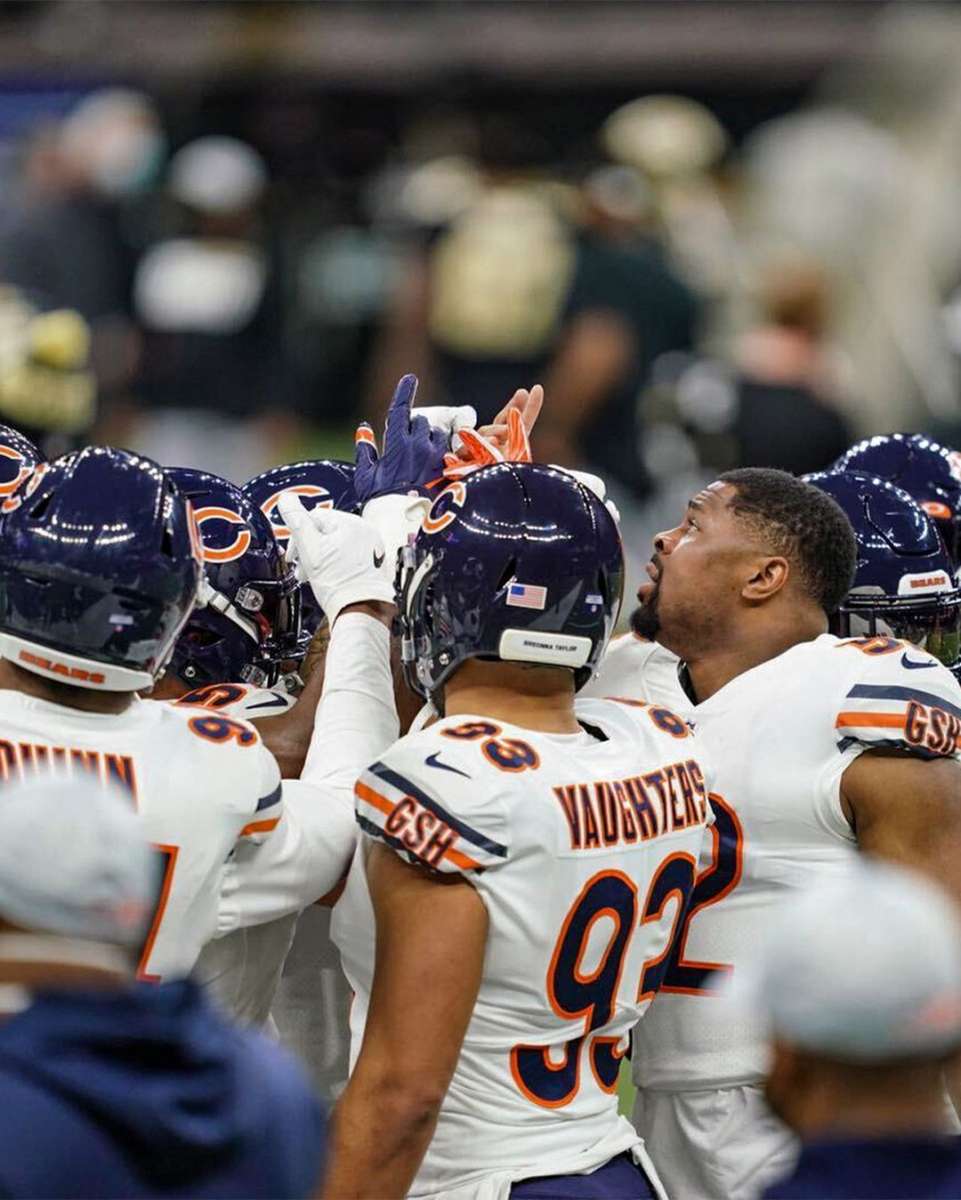 Welp. It’s official. The Chicago Bears season is over. Yesterday, Chicago’s favorite NFL football team was eliminated from the playoffs after the Bears Wild Card loss to the Saints. The final score was 21-9, and it really should have been 21-3 if it weren’t for some garbage time shenanigans. Either way, it was a tough game to sit through.

Last night’s loss marks the second time in the Trubsiky era that the Bears lost in the NFL Wild Card round. While it wasn’t as heartbreaking as the double doink from years ago, it still stings. If you weren’t able to see yesterday’s Bears and Saints Wild Card showdown, we’ve got you covered with some of the biggest takeaways from the team’s final game.

Defense Did Everything They Could

If anyone on the Bears team can say they played their hearts in the NFL Wild Card game, it’s the defense. After the first half ended, the Saints held a 7-3 lead over the Bears. Up to this point, the Chicago defense really hadn’t given up much outside of a lone touchdown to Michael Thomas. They even managed to pick Brees off once and would’ve had a one before the first if it wasn’t ruled incomplete. But as the Wild Card game wore on, the defense wore out, and they couldn’t keep the Saints high powered offense in check forever. The nail in the coffin came from an Alvin Kamara TD run in the 4th quarter. Not much you can do when you’re out on the field for 40 out of the 60 minutes of play. And here’s why that happened.

Two hundred and thirty nine yards. That’s how far this Bear’s offense managed to move the ball in the NFL Wild Card game with the Saints. And what did they get for their 239 yards of production? One lousy field goal and a last second garbage time score. Oh, and one third down conversion on ten attempts. So there’s that.

After seemingly coming to life towards the end of the regular season, the Chicago Bears offense did nothing to help their team yesterday. It’s not like the New Orleans Saints were going to make the job easy for them, but only nine points? In the NFL postseason? C’mon. Like we said before, it really should’ve been three points. As the clock wound down to zero at the end of the NFL Wild Card game, Jimmy Graham hauled in a spectacular one handed catch for the Chicago Bears first and only touchdown of the game. Likely his last in the NFL. It would be the most electrifying thing to come from the team’s offense all night.

Cole Kmet throws the ball to the official, refs call it “taunting”…turn 3rd and 5 in the red zone to 3rd and 20 #CHIvsNO pic.twitter.com/YN30tGLkdJ

If you thought the team’s offensive stats were good, you’ll love the penalty stats. In yesterday’s game, the Chicago Bears were penalized nine times to the Saints four. It didn’t help that they always seemed to come at the worst times. In the Saints first scoring drive, the defense was called for a neutral zone infraction in the red zone which led to a Michael Thomas score. Then, with the Bears in scoring position, Cole Kmet was hit with the most ridiculous taunting penalty in the history of ever. Seriously, it was the most PG thing we’ve ever seen, and this NFL Wild Card game was broadcast on Nickelodeon. The final sequence of penalties that led to the Saints last touchdown was the icing on the cake that was this season. No defense can be expected to stop the Saints offense in the red zone if given 10+ chances.

Something Has To Change

Well it’s safe to say the Chicago Bears front office just saw their lives get a whole lot easier. Heading into this game, the team had to evaluate whether or not Mitchell Trubisky was the quarterback of the future. A victory and strong showing would’ve certainly led to a new contract, but after last night it appears the Trubisky era is over in Chicago. And maybe the Nagy era too, but that’s another story. In his do or die outing, Mitch was an ineffective 19/29 on 199 yards and one throwaway score. Playcallers routinely opted for the bootleg pass, and they almost converted with a downfield bomb to Wims early in the game, but he dropped it. Later in the game, the play was not nearly as effective. But that didn’t stop it from being called. Mitch’s career in the NFL is far from over, and we would love nothing more than for him to find success elsewhere. But his time in Chicago, unlike his attempt at a pass, is complete.