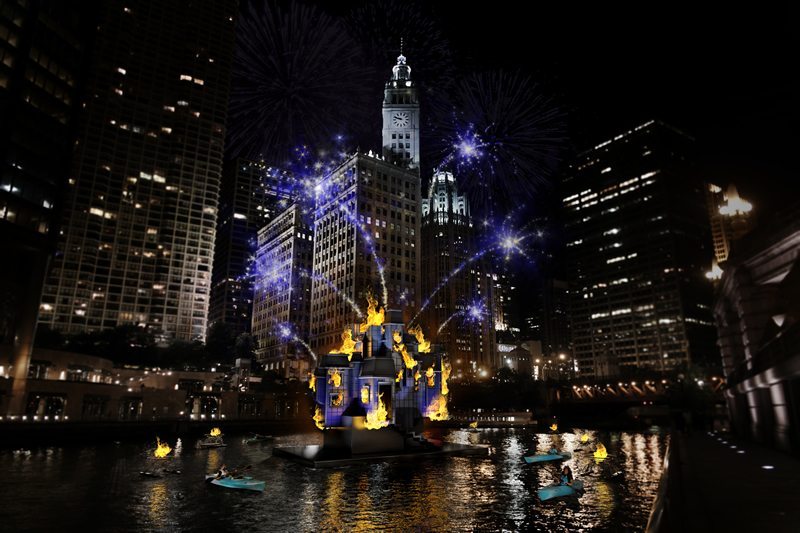 We’ve all heard about the Great Chicago Fire of 1871 and how a large portion of the city burned down over the course of two days. At the time, the blow was devastating, leaving a majority of the central business district in ruins and over 100,000 people without homes.

With the echo of the fire burning in its eyes, Chicago fought back by rebuilding and growing into one of the most populated and economically important cities in the country. The city was transformed behind esteemed architect Daniel Burnham’s vision, and the Chicago you see before your eyes today can largely be attributed to both the fire and Burnham himself.

In short, the fire was a disaster in the short run, though it can easily be argued that a much greater metropolis rose from the ashes as time went on. In remembrance of our great history, Chicago set out to create a festival to commemorate the day that our course was forever altered, dubbed the Great Chicago Fire Festival. While last year’s inaugural version ultimately failed to impress, the city has reallocated a portion of their budget to relocating and upgrading this year’s fest, and it looks much improved already. Here’s why you should check it out.

1) There’s Something for Everyone

The fest ultimately culminates in the burning of houselike structures and a huge firework show, but before that happens, you’ll get to take part in a more immersive event. The festival includes the following:

Plus, where else can you chant, “We want fire!”

Ah, Northerly Island, or should we say the newly renovated Northerly Island? The park recently underwent a facelift, and it’s worth checking out if you haven’t been to see the new features. Among them are a five-acre lagoon, bicycle/pedestrian trail, native plants & wildlife, and campground.

3) It Will Be Better Than Ever

The hosts of the Great Chicago Fire Festival, the Redmoon Theater, claim this year’s version has undergone sufficient testing, and they’re ready to brave the elements if necessary. Expect the demonstration to go off without a hitch.

Yep, completely 100% free in every way shape and form. Space is limited though, so you’ll still need a ticket. You can pick one up here. Attendance is capped at 10,000 people on a first come, first serve basis, so get on it!

For a look at last year’s event, held along the Chicago River, check out A Night on the River – A Chicago Time-Lapse Project.