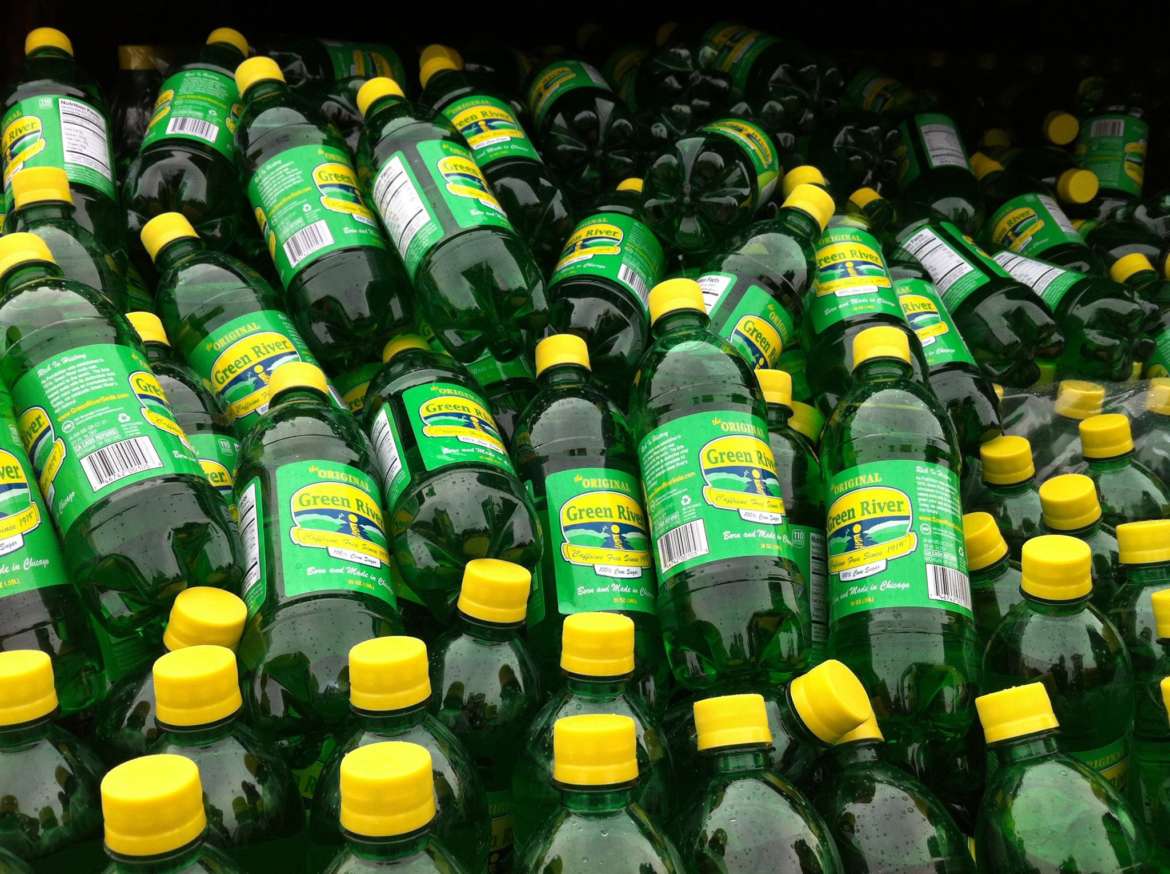 Green River Soda was first introduced to Midwesterners back in 1919. Technically created in Davenport, Iowa, Green River Soda was sold to Schoenhofen Edelweiss Brewing Company of Chicago at the start of Prohibition. Because beer was no longer legally available, people were turning to nonalcoholic beverages called “Near Beers.” Just like Malort, Green River Soda became a Chicago staple as the locals guzzled down the sweet, lime-flavored soda. Here are a few things you might never have known about Green River Soda.

Seventy years ago, Green River Soda was the second most popular soft drink in the USA, with only Coca-Cola selling more bottles during the Prohibition.

One of the biggest regional debates is whether it is called soda or pop. Anyone who is born and raised in the Windy City and its surrounding areas will likely fervently state that it is pop, and the reason might be because of Green River Soda.

It should come as no surprise, but Green River Soda is still extremely popular around St. Patrick’s Day. In the month before the holiday, this favored lime drink makes roughly 30 percent of its annual sales. Even though the drink is still nonalcoholic, the green color helps the soda to remain popular.

Green River Soda still has a special place in our hearts. It reminds us of a simpler time as we drink the green, lime-flavored pop. While it isn’t always easy to find this vintage drink, you can find it at some Chicago area retailers and restaurants.