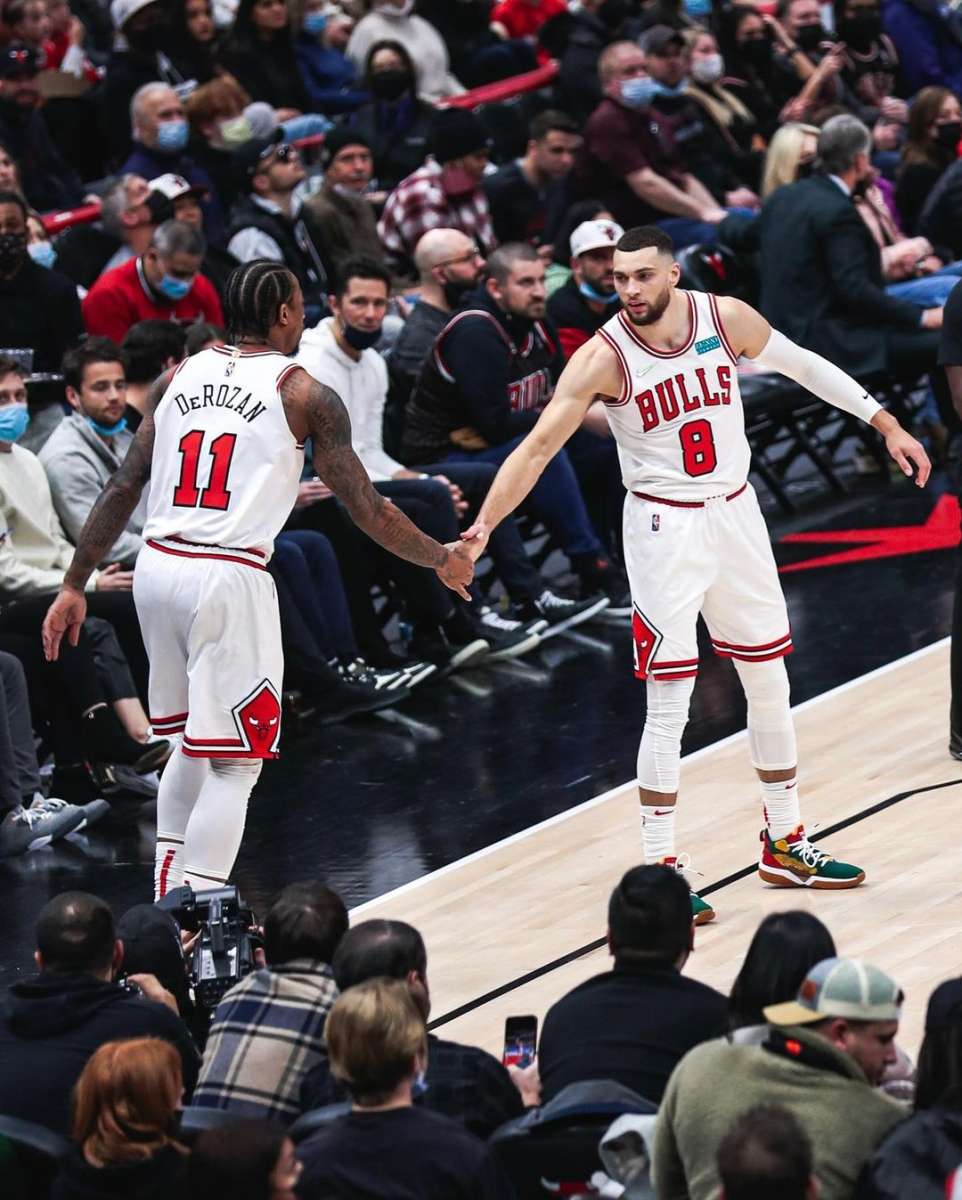 Although we’re a little over a month out from the 2022 NBA All-Star Game, we aren’t wasting any time diving into the star-powered basketball weekend. The rosters haven’t even been announced yet, but that doesn’t mean we’re not itching to see which of our favorite Bulls players make the cut. In fact, if you still need to vote for our guys, make sure to get your picks in before January 22 when voting closes at midnight.

As of last Thursday, January 6, three Chicago Bulls players find themselves high up on the ballot for the Eastern Conference. We definitely aren’t surprised to see that many of them up there. And come All-Star weekend, we won’t be shocked if even more of our players participate. So, without further ado, let’s get into our 2022 NBA All-Star Game preview, Chicago Bulls style!!

There’s probably one player on the Bulls everyone thinks about when we talk about the Slam Dunk Contest. But, what about some of our other talented dunkers not named Zach LaVine? For starters, we have Derrick Jones Jr. as one potential Dunk Contest competitor. It wouldn’t be his first time at the event either, as he won it back in 2020. Unfortunately for all of us, both him and LaVine have expressed a bit of disinterest in dueling it out in the Slam Dunk Contest. It makes sense though. LaVine has already won the competition twice, and Jones Jr. has one. However, this doesn’t mean we don’t have a shot at seeing any Bulls participate this year.

Our sneaky choice for the 2022 Slam Dunk Contest is third-year guard, Coby White. We don’t expect a lot of support for this pick, but that doesn’t change the fact that White can dunk. Seriously. He’s slammed down plenty of posters in his short few years in the league. Last season there was this nasty one on Stanley Johnson of the Toronto Raptors. And as of just last month, he threw it down on King James himself. Put him in this year’s contest and he might just surprise everyone.

What About the 3-Point Contest?

Okay, so if Zach LaVine won’t participate in another dunk contest, what about the three-point competition? This is a lot more likely to happen. LaVine participated in the NBA All-Star 3-Point contest the past two years. But, to be honest, he didn’t do much in either of them. In both contests, LaVine was knocked out of the first round. Should he have the opportunity to participate during the 2022 NBA All-Star game weekend, he’ll have a shot at being the first player to ever win both the 3-Point and Slam Dunk contests. If anyone can do it, it’s Zach.

Next up is the Rising Stars game which features 20 of the basketball world’s young stars all in one game. And if you’ve been paying any attention to the Chicago Bulls this season, there’s one rising star that comes to mind: Ayo Dosunmu. Dosunmu’s rise to stardom has been ongoing ever since his days at University of Illinois. Since entering the league for his rookie season this year, he hasn’t slowed down in the slightest. He might not see the minutes he was used to in college, or the same minutes that other rookies see, but that really shouldn’t matter. Ayo plays on one of the best teams in the league and he contributes in a positive fashion night after night. Other rookies only see more playing time because they’re on worse teams where their team’s rosters require them to play starter minutes. That’s just not the case for Dosunmu, and we’d be appalled to not see him selected for this year’s Rising Stars game.

The last event that will take place during NBA All-Star weekend is the 2022 NBA All-Star Game! While the league has yet to release an official schedule for the entire weekend, it’s a safe bet that the ASG will take place as the final event on February 20. Twenty-four spots are up for grabs in the All-Star game. Players are chosen through a combination of fan votes, players’ panel selections, and head coach’s reserve choices. We can’t stress this enough: VOTE FOR YOUR BULLS NOW! DeMar DeRozan, Zach LaVine, and Nikola Vučević have already leaped into the top 10 of fan voting at their positions. But, there’s about two weeks left of voting where a lot can change, so don’t wait to vote.

You can visit the league’s website to stay up-to-date on all things surrounding the upcoming 2022 NBA All-Star Game, and make sure to check in at the end of the month when the voting ends and the final rosters are announced!

You can bet on the NBA all season long at the new BetRivers Sportsbook in Iowa. That you can bet on player props, totals, moneylines and more with the best Iowa sports betting has to offer now in the Midwest.