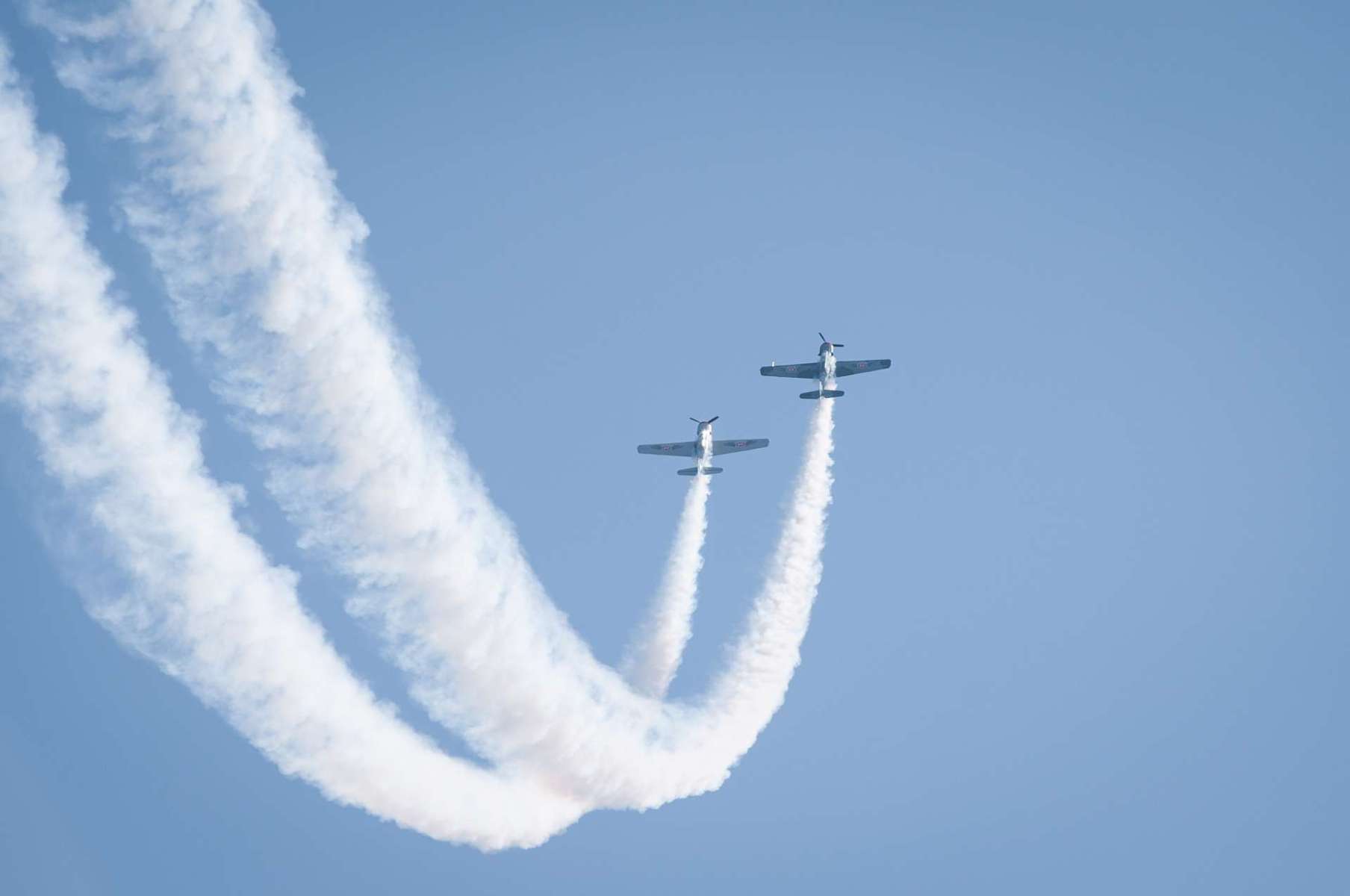 After a two-year hiatus, the Chicago Air and Water Show, a beloved Chicago tradition for decades, returns to the city’s lakefront on August 20 and 21. Established in 1959 and one of the largest free admission events of its kind, headliners of the 2022 show include the U.S. Navy Blue Angels and the U.S. Army Parachute Team Golden Knights, who are dedicating their performances to the memory of Rudy Malnati, Jr.

With the thrill and excitement of vintage and modern aircraft soaring overhead, the event organizers, Mayor Lori E. Lightfoot and the City of Chicago Department of Cultural Affairs and Special Events (DCASE), want to offer the millions of expected visitors a few small tips to help everyone enjoy the show.

The prime viewing location for the Chicago Air and Water Show is on the lakefront from Oak Street to Fullerton Avenue, with the show’s focal point being North Avenue Beach. The lakefront will be open to the public beginning at 6 a.m. both Saturday and Sunday.

While on the beach, show organizers remind visitors that normal beach security rules will apply. Bags and coolers will be subject to search, and alcohol and dogs are prohibited on the beach.

Refreshment options will be plentiful, with food vendors located up and down the lakefront, along with plenty of restroom facilities, including in the North Avenue Beach House and portable facilities scattered throughout the primary viewing area. The show is also accessible, with more information available here. You can also register here for audio descriptions on both days of the event.

The best way to get to the show is by using public transportation. Extended routes and additional buses and trains will be added to the Chicago Transit Authority’s schedule to accommodate the expected 2 million event spectators. If traveling by car, be aware that there is no parking available at the beach and there is limited parking available at Lincoln Park Zoo. Parking is also available at Millennium Garages, which will offer a pre-purchase discount and free shuttles to North Avenue Beach. Information on Millennium Garages can be found at www.millenniumgarages.com.

Taxis and rideshares are also convenient modes of transportation, but to avoid traffic congestion, it is recommended to be dropped off away from the entrance to North Avenue Beach and walk in.

Spectators who wish to avoid street traffic altogether can reach the Air and Water Show on Red Line trains from subway stations at Chicago/State or Clark/Division, which are within walking distance of the beach.

Customers who take the Pink, Orange and Green lines can ride downtown and transfer to the Red Line at State/Lake. Customers can also transfer from the Red Line at North/Clybourn, the Blue Line at Damen or the Brown Line at Sedgwick to connect to #72 North Avenue buses that will supplement regular service along North Avenue from California to Clark.

CTA customer assistants will be on hand at all downtown rail stations to assist customers with fare and travel information, and customers are advised to allow extra travel time.

On both days, supplemental bus service will be provided on the #72 North Avenue and #151 Sheridan routes, which operate close to all the activities. To avoid traffic congestion near the North Avenue Beach area, #72 buses only will travel as far east as North Avenue and Clark. Buses on the #145 Wilson/Michigan Express, #146 Inner Drive/Michigan Express, and #147 Outer Drive Express routes operate to Michigan and Delaware and are within walking distance of the beach.  Customers can also take the #22 Clark or #36 Broadway routes to North and Clark, within walking distance of North Avenue Beach.

Customers disembarking at Metra’s Union Station or Millennium Park Station can board #151 buses to Oak Street and North Avenue beaches. The #151 buses also are within walking distance of the Ogilvie Transportation Center and the LaSalle Street Metra station.

Spectators are encouraged to bring a hat, binoculars, chairs, plenty of sunscreen and earplugs, especially for children and those who have hearing sensitivities due to heightened noise levels from the low-flying, supersonic stunt aircraft. Chicago beaches can also be quite hot, so a personal cooler with water and ice is also recommended.

Tune In For The Show

Herb Hunter, the long-time official announcer of the Chicago Air and Water Show, returns to the booth this year and his commentary can be heard from Oak Street Beach to Fullerton Beach. In addition, WBBM Newsradio 780 / 105.9 will broadcast the show live Saturday and Sunday, on both the radio and the free Audacy app.

Civilian performers at the 2022 show include Susan Dacy, Bill Stein, Kevin Coleman, Rob Holland, Triple Time Team, The Chicago Fire Department Air/Sea Rescue, and the Chicago Police Department helicopter. For the first time, the U.S. Air Force Heritage Flight and U.S. Navy Legacy Flights will be presented in the same Air and Water Show; a rare event for any air show. The U.S. Navy has provided an additional F-35C Legacy II to its Legacy Flight to incorporate a “Missing Man” dedication to Rudy Malnati Jr. Malnati served as the show’s “Air Boss” for more than 30 years, and sadly passed away in December.