Free online content made by actors, artists, and musicians holed up in isolation has gained in popularity over the last month. One of the best is John Krasinski’s YouTube show called Some Good News (SGN). Whether you’re a Krasinski fan from his television show The Office, or as action-packed movie icon Jack Ryan, Krasinski, along with his actress wife, Emily Blunt, bring us the news of people doing good things during these odd times.

SGN, which is filmed and uploaded to YouTube on Sundays, is a roundup of the good news that happened during the week. Krasinski hosts the 15-minute shows with added brevity provided by special guests. Like Robert DeNiro’s three-word weather report, “looks pretty good.” Yes, indeed Mr. DeNiro, it sure does look pretty damn good. SGN reminds us that the world is good and people are kind and that we’re not all just spending our stay-at-home time day drinking while online shopping for toilet paper.

In this week’s Some Good News, we see the response to healthcare workers’ requests for much-needed supplies. “The entire world answered the call,” Krasinski cheered while singing the praises of the large corporations and local mom and pop shops that donated items to the thankful recipients who are on the front line saving lives. Baseball and hockey supply companies halted production to make medical face masks, hospital gowns, and plastic face shields. The New England Patriot owner used the team’s plane to transport 1 million N95 medical masks. Even high school kids from Romeo Michigan responded by using 3D printers to make face shields for the town’s first responders.

But one of the best moments came halfway through the show when Krasinski was joined, via Zoom, by a 9-year-old girl who tweeted about a sad turn of events due to COVID-19. Seems that little Aubrey was all set to celebrate her birthday by attending the play Hamilton… but then it was canceled. Her family was undeterred and instead made the best of it by watching Mary Poppins Returns, starring Krasinski’s wife, Emily Blunt. Krasinski, joined by Blunt, surprised Aubrey by telling her that they will fly her to see Hamilton as soon as Broadway reopens. Aubrey was downright gobsmacked.

The surprises didn’t stop there for starstruck Aubrey as Lin-Manuel Miranda, who played Jack The Lamplight in Mary Poppins Returns, as well as wrote and stars in Hamilton, zoomed in to their online video call. Soon Aubrey and Miranda were joined by the original Hamilton cast to sing “Alexander Hamilton“ to the speechless young girl. Krasinski orchestrated a safe social distancing Hamilton reunion for Aubrey, and the entire world, due to the coronavirus outbreak. Now that’s making lemonade out of lemons!

We all need more goodness in our lives right now. So, we recommend that you give yourself the gift of watching Some Good News on YouTube. It’s guaranteed to put a smile on your face, too. 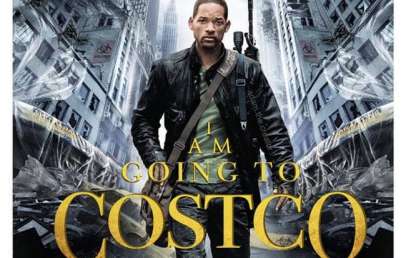 10 Hilarious Coronavirus Memes That Hit Too Close to Home 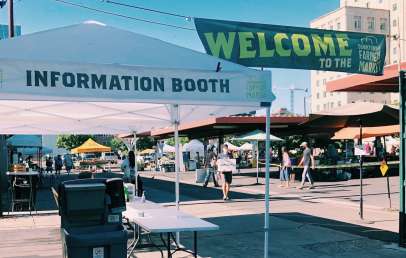