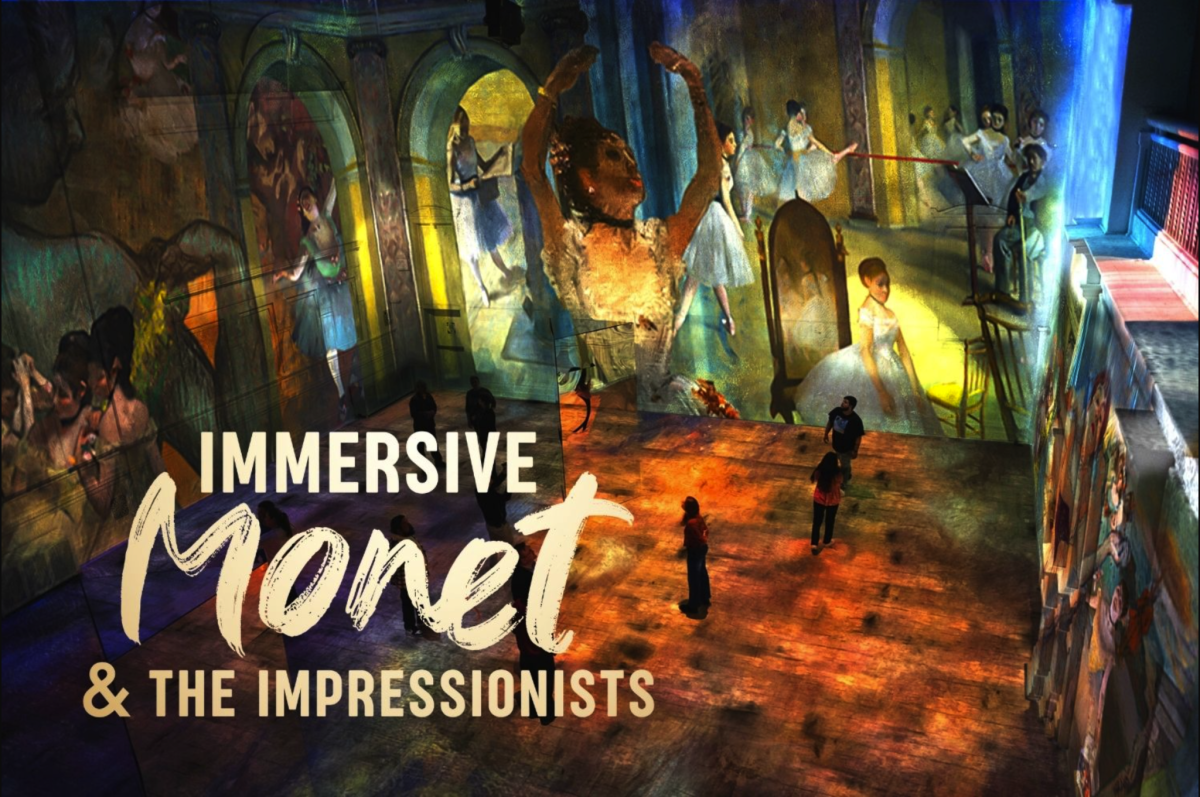 Entertainment News Phoenix Things To Do May 12, 2022 by Olessa Hanzlik 487Views
0shares

Tickets will go on pre-sale on Tuesday, May 10 at immersivemonet.com for viewings at Lighthouse ArtSpace Phoenix (4301 N. Scottsdale Rd.) from July 29 through Sept. 18, 2022.

In the wake of reaching over 5 million tickets sold to Immersive Van Gogh and the opening of Immersive Frida Kahlo to tremendous acclaim in eight cities, Lighthouse Immersive and Impact Museums are shifting their focus to the Impressionist Movement of the late 19th century with Immersive Monet & The Impressionists: a tantalizing exploration of the radical artists that shook up the art world in an attempt to capture both the transient nature of beauty and the timeless beauty of nature. Tickets, which begin at $29.99, will go on pre-sale on Tuesday, May 10 at immersivemonet.com for viewings at Lighthouse ArtSpace Phoenix (4301 N. Scottsdale Rd.) from July 29 through Sept. 18, 2022. The ticketing webpage features a 20% off discount offer for VIP and premium level tickets with the code “EARLYBIRD.” Public sale will commence May 12.

State-of-the-art video mapping and ground-breaking animation bring the art of the Impressionists to life like never before in what is slated to be the largest immersive art experience in the country. 500,000 cubic feet of projections composed of over 1.2 million frames of video bring the piece together, bathing viewers in the brushstrokes and colors of Claude Monet, Auguste Renoir, Edgar Degas, Mary Cassatt and many more. In addition to Impressionism, the program also features other artists who birthed movements that nudged the art world into the 20th century, including the robust marine paintings of J.M.W. Turner and the Post-Impressionist works of Toulouse-Lautrec.

Claude Monet and his peers are inspirational figures in art history and natural choices for an immersive experience. The spontaneity of Impressionism is expressed in movement and color, two mediums that our state-of-the-art projection systems present quite well! Projection mapping and immersive experiences are shaking up the art world much like Monet and his contemporaries did with their groundbreaking Impressionism. We are eager to bring their vibrant colors and magnificent beauty to many of our Lighthouse ArtSpace venues” said Corey Ross, producer of Immersive Monet & The Impressionists and founder of Lighthouse Immersive.

While our previous immersive experiences have focused on the lives and work of individual artists, this piece focuses more on an era of change in art history that paved the way for modern art. The late 19th century was a tumultuous and exciting time for art as new ideas and methods circulated outside of traditionalist institutions. That excitement is captured wholly in this outstanding new work by our Italian creative team” said Svetlana Dvoretsky, producer of Immersive Monet & the Impressionists.

The immersive shows that we have brought to Phoenix so far have been a cultural boon for the city. We invite Phoenix audiences who have caught Immersive Van Gogh and Immersive Frida Kahlo to experience the newest offering in the immersive art industry. And for those who have not yet attended an immersive show, Immersive Monet & The Impressionists is an outstanding introduction to the medium” said Diana Rayzman, co-founder of Impact Museums.

Immersive Monet & The Impressionists was designed by Lighthouse Immersive’s acclaimed Italian creative team, headed by Creator Massimiliano Siccardi, with mood-setting music, both original and curated, by multimedia Composer Luca Longobardi, who provided a score that takes viewers on a dreamlike journey between the classics of impressionist music and an original contemporary cinematic score. Vittorio Guidotti is the Art Director.

Impressionism found its origins in 1874 when the “Anonymous Society of Painters, Sculptors, Printmakers, etc.” hosted an exhibition in Paris independent of the Salon de Paris: a yearly exhibition in which a jury of artists from the Académie des Beaux-Arts selected the finest works and awarded medals. The Anonymous Society was founded by Claude Monet along with Edgar Degas and Camille Pissarro, among others, as a rejection of the traditional norms strongly enforced by the Salon since the 17th century. “Impressionist” was originally a derogatory term used to ridicule impressionists for the rushed, unfinished look of their paintings, but they came to wear the label with pride.

The Impressionists sought to capture the elusive properties of light through painting, closely examining how different lighting can drastically change an image. They also often depicted themes of modernity, in stark contrast to the historical and mythological paintings that were favored by academic convention at the time. Impressionist painters preferred to go out into nature to paint, a new method that went against the traditional practice of sketching and painting in a stuffy studio. A fleeting movement, the Impressionists all went on to pursue their own unique styles by the late 1880s. Despite its brief moment in the spotlight, however, Impressionism spurred an artistic revolution.

Tickets for Immersive Monet & The Impressionists go on pre-sale on Tuesday, May 10 at immersivemonet.com. You can sign up to receive more information here.

About the Creative Team

Massimiliano studied at the London School of Contemporary Dance of London. But in 1990, he left the world of dance to begin a new journey in the world of video art. Massimiliano quickly became the artistic force behind several visual mise-en-scène for choreographers around the world. He also created video scenographies for numerous prestigious festivals and galas around the world. He also re-constructed the video mapping of the Basilica di Giotto and for the Teatro Petruzzelli of Bari, where one of his permanent installations virtually reconstructs the frescoes of the Cupola. Massimiliano is also a celebrated photographer and has had photo exhibitions in Spoleto and Rome, to name a few. He is professor of digital image elaboration at the Accademia di Comunicazione e Immagine of Rome. In 2012 Massimiliano received the prestigious International Award “Romaindanza” for his talent in the visual work of dance theatre. Since 2012, he has been artist in residence at the Carrières de Lumières – Atelier des Lumières where he authored the mise-en-scène of numerous immersive shows. He is currently creating projects within Italy as well as New York, Berlin, Leipzig, and Rome.

Italian composer and pianist Luca Longobardi is a classically trained musician who incorporates contemporary electronic music into his pieces. Born in 1976, Longobardi studied classical music in Italy and New York and went on to earn his doctorate in digital audio restoration in Rome in 2011. His works reveal a strong interaction between classical and contemporary music. The experience he has gained as a theatre musician has increased his interest in the relationship between sounds and spectacle; he has composed music for ballets and films and accompanied installations and experimental art productions (Atelier de Lumières – Paris, Carrière des Lumières – Baux-de-Provence, Kunstkraftwerk – Leipzig). At his multimedia performances and in his recordings, strong experimental electronic music meets pure, ethereal and simple-seeming piano playing that nevertheless relays deep emotions.

Since 2021, the company has opened or is opening 21 new galleries in North American cities including New York City, Los Angeles, Chicago, Dallas, Houston, Las Vegas, Boston, and Denver, and is currently expanding into additional markets. To date, Lighthouse Immersive has sold over 5 million tickets to Immersive Van Gogh across North America, with Artnet calling it “one of the largest coordinated art phenomena of all time.”

Our immersive studio develops original IP and licenses top-tier IP to build unique, interactive experiences. We connect with audiences emotionally through great storytelling around the topics they care about passionately. In addition to our own unique IP, Impact Museums invests in and partners with leading experiential producers to help them scale their winning experiences globally.

Backed by an impressive roster of investors, Impact Museums is led by a passionate team of successful entrepreneurs building the next generation of museums and experiences. Collectively, we’ve built 15 companies, produced over 300 experiences, managed P&Ls of $750M, scaled global teams in 65 offices, collaborated with the world’s top artists, and built lasting social impact programs. 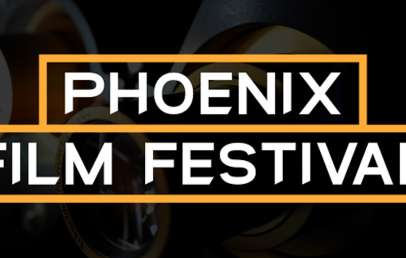 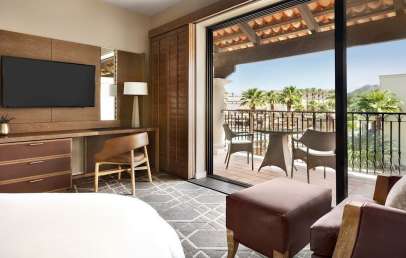