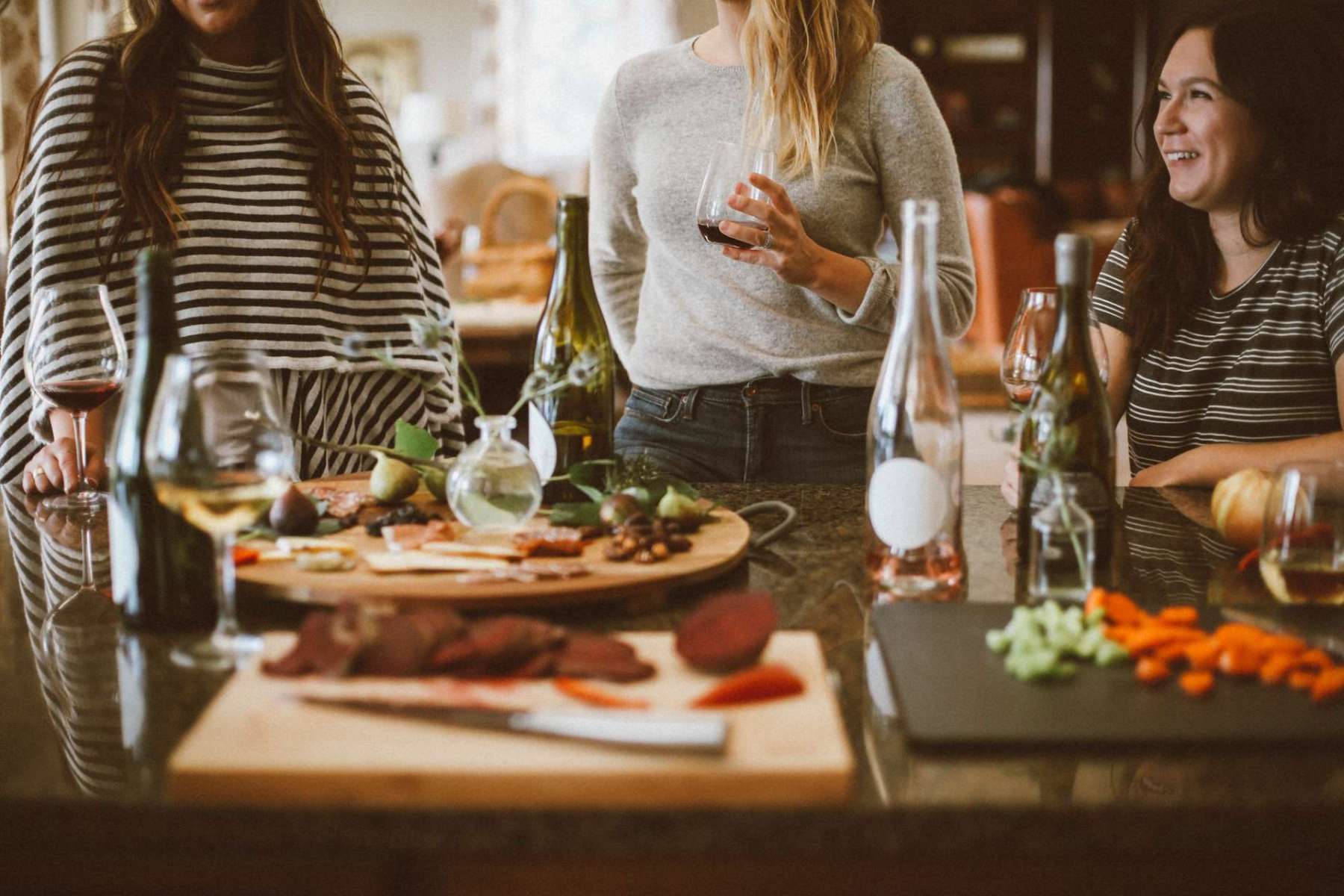 Main Courses to Make for Thanksgiving Besides Turkey

The star of Thanksgiving is the turkey. We’re obsessed with them as a country. So much so that Ben Franklin wanted them to become our national symbol instead of the eagle. Families develop mythology surrounding the cooking of the bird. How early to start, how many times to open the oven, who is authorized to baste the bird. And then there are the people who want to tempt fate by deep-frying a bird. Live your life how you want, but let us say unequivocally, it’s not worth it. Fire departments around the nation create YouTube videos warning people about the risks. Spoiler alert: the risk is a massive fireball launched dozens of feet into the air.

This year, we’ve taken to asking the tough questions. Like, are Christmas decorations in early November okay? And do you even need to cook a turkey? Is it still Thanksgiving without one? For any meal and especially for Thanksgiving, it’s all about the sides. But people expect a ta-da moment on the holidays. So we’ve come up with some main courses for Thanksgiving that aren’t turkey. Some vegetarian, some vegan, some non-traditional meat options.

You could take this in a couple of directions; one is whipping up a massive serving of macaroni and cheese and serving it on top of the sides. The other is to make a bunch of different mac & cheeses. We think this is our best idea for an alternative main course because leftover mac & cheese is manna from the heavens. You can also freeze it if there’s an excessive amount of leftovers; six weeks into seasonal depression, it’ll be a nice treat from the early days of quarantine 2.0.

To be honest, we don’t see a difference between ham and turkey as the main course. It’s the ideal alternative if you really love ham. Plus, you can get weird with the glazes. There’s a bonanza of recipes out there mixing everything from sugar, bourbon, and peach with mustard. As far as alternative main dishes, it’s not the most exciting. A word of warning, if you serve a statement substitution like this, you’re going to have some follow-up conversation with friends and family. Expect comments like “No turkey?” or “So it’s…just ham?” and “What’s up with the ham, guys?”

When we talk about alternative main courses, we have to talk about vegan options. There’s not much that captures the majesty of a giant roasted bird on the Thanksgiving table. Not much plant-based, at least. And there’s a certain expectation that main courses on this day of feasting will be labor-intensive and probably not worth it. That’s why we selected this recipe for vegans. Anytime you’re not going to use a bowl for something that obviously requires a bowl (i.e., soup), it won’t be worth it.

But wait, you’re saying, isn’t a guinea hen just a tiny turkey? Well, yes, that’s biologically 100 percent true (it’s not true at all). But here’s the thing, if you’re practicing social distancing this Thanksgiving and only have 2 to 4 people for dinner, do you need an entire turkey? Guinea hens are good for maybe a day of leftovers; they’re less stressful to roast, and you can load up on stuffing and mac and cheese.

Not everyone likes duck. Probably because between a turkey and a duck, the duck is much cuter. Duck also has a poor reputation as being greasy. It is fatty, but that makes it delicious. Every mind-blowingly good meal at a restaurant is, in some part, duck confit. The holidays are the perfect time to go big or go home with your main course, so we’re pro-attempting duck for the first time. But, if you’re trying to impress your new in-laws or something, you might do a trial run before Thanksgiving. Rum and pomegranate also sound very chic and fancy, so when you tell people what you’re having for dinner, they’ll make a lot of noise about it.

Does your Thanksgiving turkey need a non-traditional alternative? Here are some variations of your standard stuffing recipe for this holiday.

Pizza isn’t a facetious suggestion. Use Thanksgiving as an excuse to treat yourself to a high-quality pizza stone and make homemade pizza the main course. First, it’s an iteration of non-traditional that feels right for a holiday in the middle of a pandemic. Second, you can use traditional Thanksgiving ingredients as toppings. Third, everyone loves pizza. You can make it vegetarian or vegan, or gluten-free, and it’s great as a leftover. It’s pizza! (We love you, pizza.)