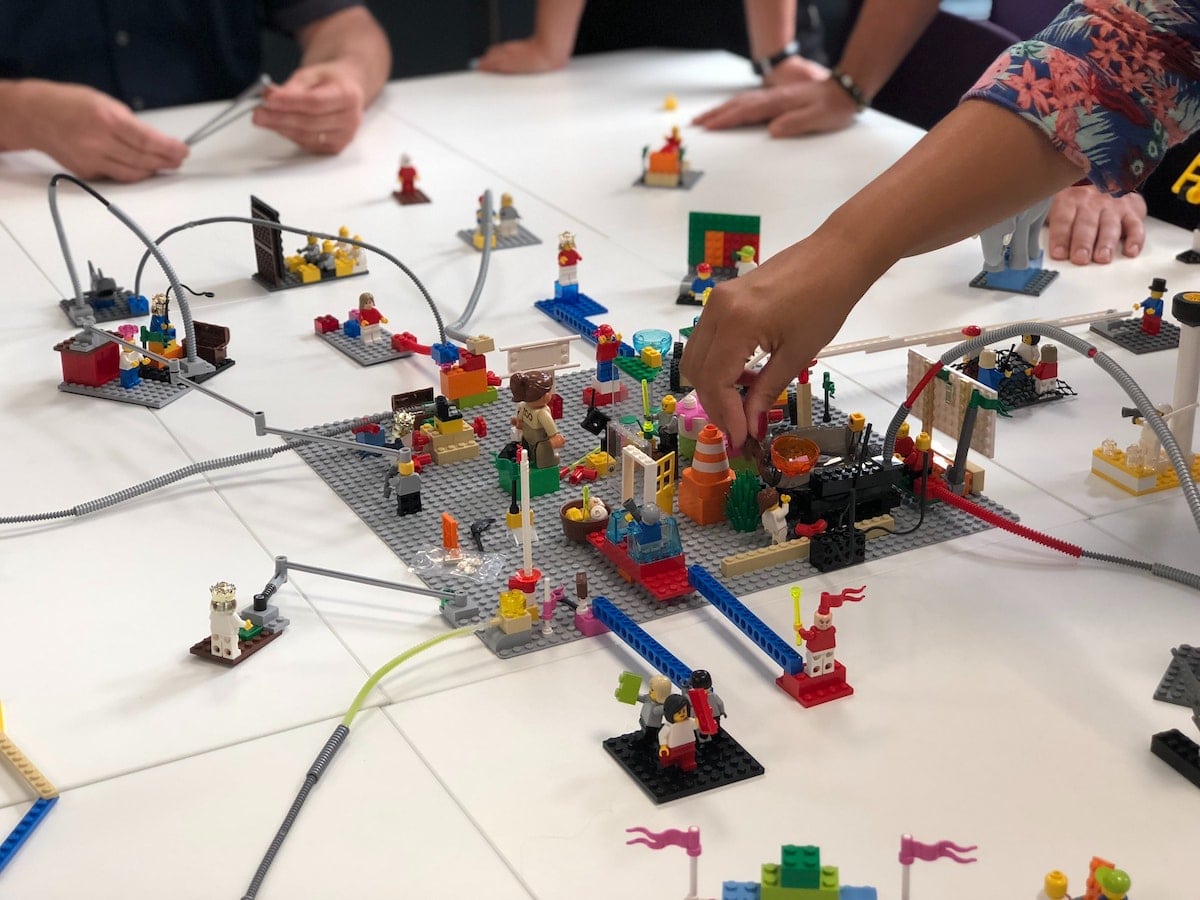 LEGO has provided families with household entertainment for generations, traversing any social and cultural boundaries along the way. Everyone’s favourite Danish toy company gives kids of all ages a creative outlet to build their own colourful masterpieces, and, by offering the chance to construct everything from outer space worlds and architecture skylines to the latest movie franchises, there remain few better ways to spend countless hours on the living room floor.

Here are our top 10 picks for a new LEGO set, to suit any budget.

Packed with authentic features such as retractable landing gear, an opening cockpit and a telescope, this set is a great way to introduce your child to the world of LEGO and space travel. Kids and adults alike can revel in recreating what it was like for the astronauts as they prepared themselves for their mission in space, while also making for quite the centrepiece upon completion.

This set lets you immerse yourself in J.K. Rowling’s magical world once more, and features the 3-level clock tower together with locations such as the Defence Against the Dark Arts classroom, the Entrance Hall and Dumbledore’s office, among others, as well as including 8 mini-figures of your favourite characters.

Fans of the Star Wars franchise need look no further than this kit of the iconic AT-AT Walker.

The huge buildable Armored Transport vehicle is fully decked out with foldable panels, spring-loaded shooters, a speeder bike and Luke Skywalker’s thermal detonator element, while it also includes 6 action figures – including Luke himself and two snowtroopers – each with their own weapons, all of which will transport you back in time and inspire your very own missions.

With the Lighting Kit, Batman fans are able to customise a spectacular, LED-lit model vehicle.

A detailed, step-by-step guide means that no electronic expertise is required for this plug and playset, which features 26 lights, including rotating, machine gun and internal canopy lighting effects. By the end, you’ll have a hyper-realistic Batmobile that is the talk of the town (or household)!

Also, keep an eye out for the new range of Batman LEGO sets due to be released early next year, to coincide with the forthcoming The Batman film.

Build your very own urban landscape that includes a drive-through car wash, park, pizzeria and recycling station, each with its own realistic functions. The playset comes with a simple instructional guide and the LEGO City Road plates, which allow players to expand their cities by connecting them to other playsets.

For a more wallet-friendly (and unique) gift idea, the LEGO bonsai tree is a project for any tree or plant lovers, or indeed anyone looking for a mindful and creative building outlet.

While the innovators at LEGO have been busy producing a line of plant-based plastic plants, you can shape the world-famous bonsai tree – an ancient art form originating in Japan – in your own style, with interchangeable green leaves or pink cherry blossoms (as well as a few hidden details to be found in the blossoms).

Curated in an elegant rectangular pot, the completed bonsai won’t look out of place in your home or office.

This accessory-filled kit recreates the set of the Disney sensation, allowing kids (aged 4 and above) to relive Elsa and Anna’s adventures anytime!

Featuring the ice castle, a few smaller builds and various mini-doll figures of the main characters, the set is sure to be a hit with Frozen fans, and with its easy to follow guide will no doubt inspire their creativity and construction skills.

International travel may have been hard to come by in recent times, but LEGO’s model of the London skyline can take you that step closer to the real thing (while you plan your next big trip).

With detailed representations of 5 of the English capital’s major landmarks – Big Ben, London Eye, Tower Bridge, Nelson’s Column and the National Gallery – all accurately scaled in comparison to one another and featuring historical information about each, this classy model provides an inspiring look into one of the world’s most famous cities.

Fun for kids and adults alike, and another potentially great piece of decor for the home.

LEGO Stranger Things The Upside Down

The perfect gift for fans of the hit 80s-themed Netflix series, who can gear up for the new season – set to be released in 2022 – with this authentic model of the Upside Down and the Byers’ house.

On one hand, you can recreate the Byers home – featuring Will’s bedroom, the dining room, living room and front porch – as well as collectibles such as Jim Hopper’s police truck.

The dark and sometimes downright creepy feel of the Upside Down is truly captured in its own version within the set, as are the 8 figurines of the show’s major characters – even including the Demogorgon – and the many other details for fans of the show to discover and appreciate.

It doesn’t get much more iconic than the vintage 1960s Ford Mustang, and with this LEGO set, you can build your very own replica of the legendary American muscle car.

Complete with a dark blue body, white racing stripes, a true-to-life interior, mega 5-spoke rims with robust tires and a large range of adjustable and customisable add-ons, this is a project that will no doubt have you sprawled out for hours in the man (or woman) cave.