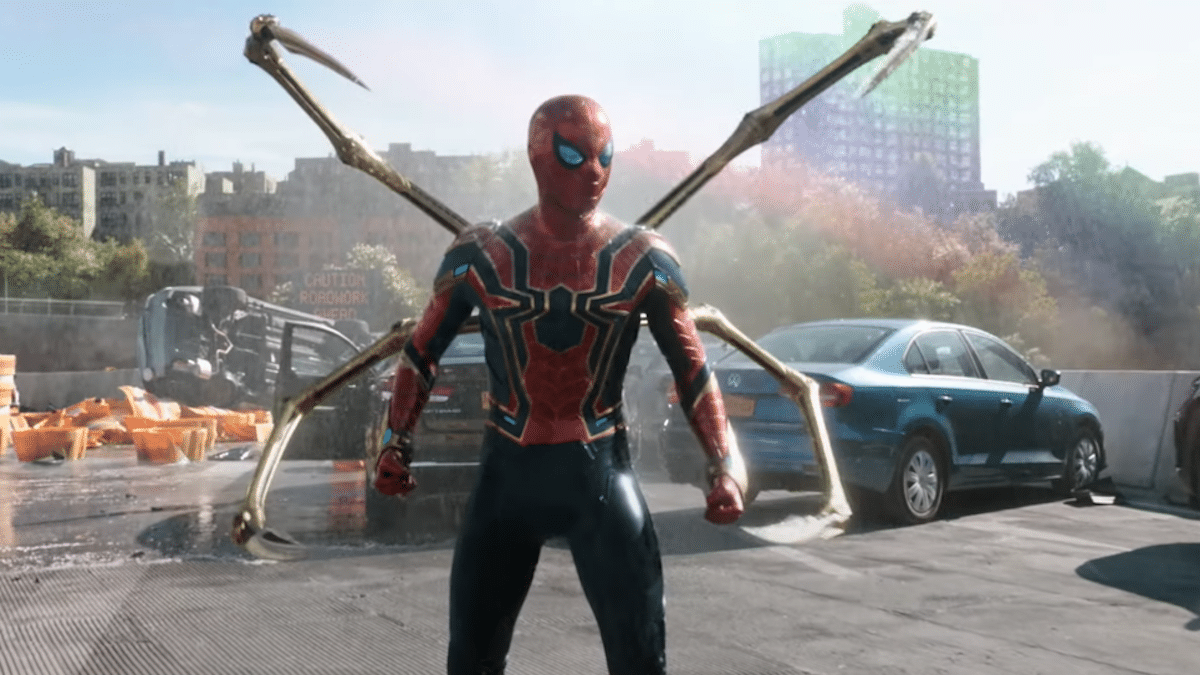 It has finally arrived. After months of speculation and anticipation, the teaser trailer for Spider-Man: No Way Home finally dropped last night and it managed to live up to the expectations while still managing to keep a few surprises under wraps. Let’s break it down.

From the get go, it seems apparent that No Way Home is set to take place immediately after the events of Far From Home when Mysterio/Quentin Beck revealed Spider-Man’s secret identity to the world. Peter Parker is no longer able to live in the shadows and is sought by the authorities for the death of Mysterio. While denying his involvement in the villain’s death, Peter turns to the Sorcerer Supreme, Stephen Strange, to try and fix the situation and make the world forget that Peter is a superhero but in doing so causes the Multiverse to open up and bring about new challenges.

What Was Seen & Heard

The trailer opens with Peter and his girlfriend MJ relaxing on a roof and commenting on the latest batch of Spider-Man rumors that he has to laugh off in order to maintain some sense of sanity. We see that Peter’s world is uprooted; he’s confronted by angry mobs as he enters school, his relationship with his aunt and best friend have becoming unstable and he now has become an even bigger target to those who may do him harm. J.K. Simmons is reprising his role as J. Jonah Jameson and seems to be playing a larger role than the one he played in Far From Home as the trailer shows a prominent headline from the Daily Bugle declaring Spider-Man to be public enemy #1.

We’re then treated to Peter heading to the Sanctum Santorum and asking Doctor Stephen Strange and asking about the possibility of setting the world back to the way it was before everyone learned of Spider-Man’s identity. Due to some setbacks, mainly Peter’s insistence in several people continuing to know his identity, the duo inadvertently unlocks the Multiverse to which Strange replies “it’s a concept which we know frighteningly little about” implying that the rumors that have been circulating about No Way Home are true; that heroes and villains from past Spider-Man films would be returning to the big screen.

The visual effects are on big display for the second half of the trailer as there’s some effects similar to what was seen in Doctor Strange which warping buildings and light tunnels that allow for extra-dimensional travel. Doctor Strange and Spider-Man seem to be teaming up to fight the challenges of the Multiverse and with the absence of Tony Stark and other prominent figures in the MCU like Happy Hogan or Aunt May wanting to distance themselves from Peter Parker, Strange may be Spider-Man’s only real ally in this fight. The big reveal was the final 15 seconds of the trailer as we hear a familiar laugh from Willem Dafoe’s Green Goblin as well as an ominous looking pumpkin grenade roll down the street towards several cars and then a large robotic arm emerges from the smoke to reveal the face of Alfred Molina and Doctor Otto Octavious looking at the screen and eerily saying “Hello Peter.” It’s an exclamation mark on an amazing trailer but somehow it doesn’t even begin to scratch the surface of what else may be coming from No Way Home.

What’s Yet to Come

While Tobey Maguire and Andrew Garfield have long been rumored as starring in the film, their involvement has not been officially confirmed but at this point, it’s probably more of an open secret than unconfirmed rumors and while Jamie Foxx has been confirmed to be reprising his role as Electro from The Amazing Spider-Man 2, he didn’t actually appear in this trailer. The film isn’t due out for another four months so in all likelihood, Sony and Disney didn’t want to give away the farm with the first trailer. However, based on some quick snippets from the teaser, there are some other rumors we can continue to cultivate.

Firstly being whether or not more villains are due to appear in the film. While we know that Doc Ock, Electro and the Green Goblin have now been confirmed, what about the possibility of Sandman from Spider-Man 3? There was a large amount of dirt being spun around the scenes but Thomas Haden Church hasn’t been rumored to have appeared on the set but anything is possible now that the Multiverse is going to be the next phase of the Marvel Cinematic Universe. There’s also the potential death of Iron Man confidant and Spider-Man mentor Happy Hogan as there’s a particular moment when he’s surrounded by men with tactical gear and weapons drawn. There have also been the persistent rumors of Charlie Cox reprising his role from Netflix’s Daredevil and while certain outlets believe he made an appearance in the trailer, given that the character is blind and is never seen in public without his cane. It could be another detail the filmmakers are keeping under wraps until another trailer comes out but that may not be for a while so we just have to be patient.

For more movie and trailer reviews, check back more with Chris Rupp at UrbanMatter.